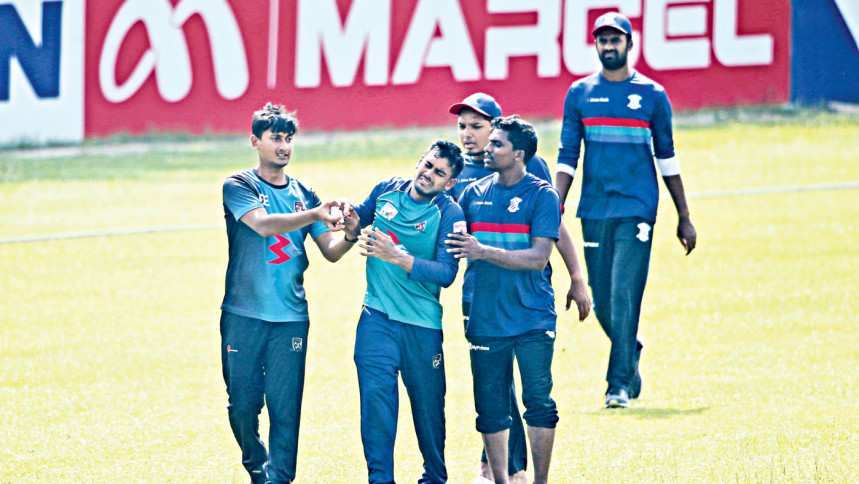 Bangladesh allrounder Mehedi Hasan Miraz has been ruled out of the first Test against Sri Lanka, starting from May 15 in Chattogram, with a finger injury sustained during the ongoing Dhaka Premier League (DPL).

The selectors included off-spinner Nayeem Hasan as Miraz’s replacement for the first Test.

Sheikh Jamal Dhanmondi Club all-rounder Miraz got injured during their match against Prime Bank at BKSP on Sunday. Miraz twisted the little finger of his right hand while fielding for his side.

“Miraz dislocated his right little finger while trying to take a catch in a match on April 24. An X-ray has revealed a small avulsion fracture. A splint has been used to support and protect the injured area. Initial assessments suggest that the recovery could take at least three weeks which effectively rules him out of the first Test against Sri Lanka,” said BCB chief physician Dr. Debashis Chowdhury today.

The Sri Lanka cricket team will arrive in Bangladesh on May 8 for a two-match series which is a part of the 2021-2023 ICC World Test Championship.

The second and final Test will take place on May 25 in Mirpur.