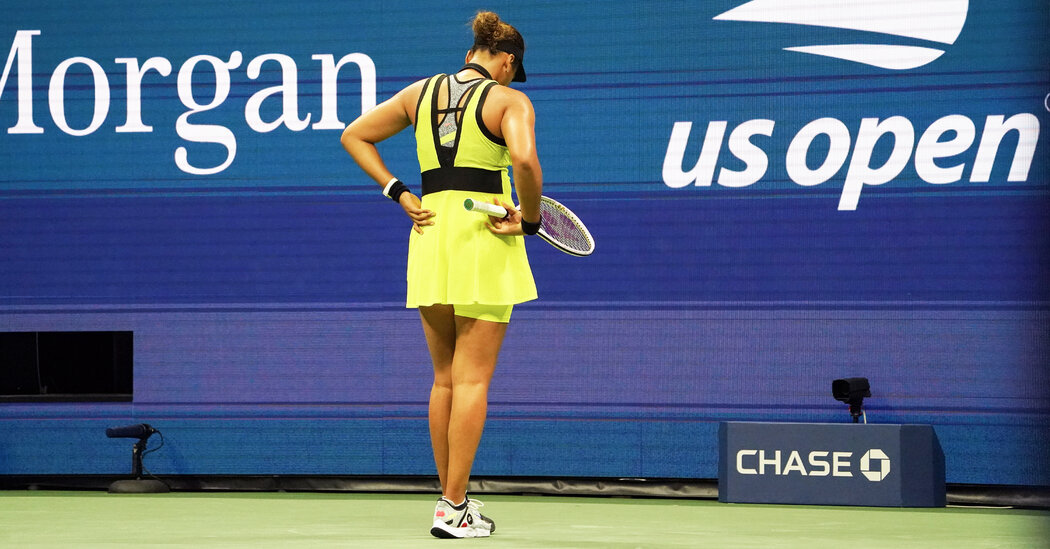 Naomi Osaka, the defending women’s singles champion, was upset 5-7, 7-6 (2), 6-4, in the third round of the U.S. Open on Friday night by Leylah Annie Fernandez, an unseeded 18-year-old from Canada.

The 73d-ranked Fernandez, a quick and dynamic left-hander, had never faced Osaka, but she did not appear intimidated, clenching her fist after winning key points and often dictating play with her topspin forehand.

It was a memorable evening for teenagers in Arthur Ashe Stadium. In the preceding match, Carlos Alcaraz, a dynamic Spanish 18-year-old, eliminated the No. 3 men’s seed, Stefanos Tsitsipas, in a momentum-shifting thriller that came down to a fifth-set tiebreaker. That was the final match of the day session and when the arena was cleared and the night-session crowd took their seats, Fernandez followed Alcaraz’s lead, rallying to defeat the 3rd-seeded Osaka.

The upset came on the same court where Osaka became a global star by surprising Serena Williams to win the 2018 U.S. Open. Osaka has since won three more Grand Slam singles titles, including last year’s Open.

Osaka broke Fernandez’s serve at 5-5 in the second set with a backhand winner and then served for the match. She had not faced even a break point at that stage but was unable to close out the victory. Fernandez went on to win the first five points of the ensuing tiebreaker, prompting Osaka to hurl her racket to the court. Fernandez then evened the match at one set apiece.

“I guess I wanted to stay on the court a little bit longer, and I wanted to put on a show for everybody here,” Fernandez said in her post-match interview. “One hour was just not enough for me on court.”