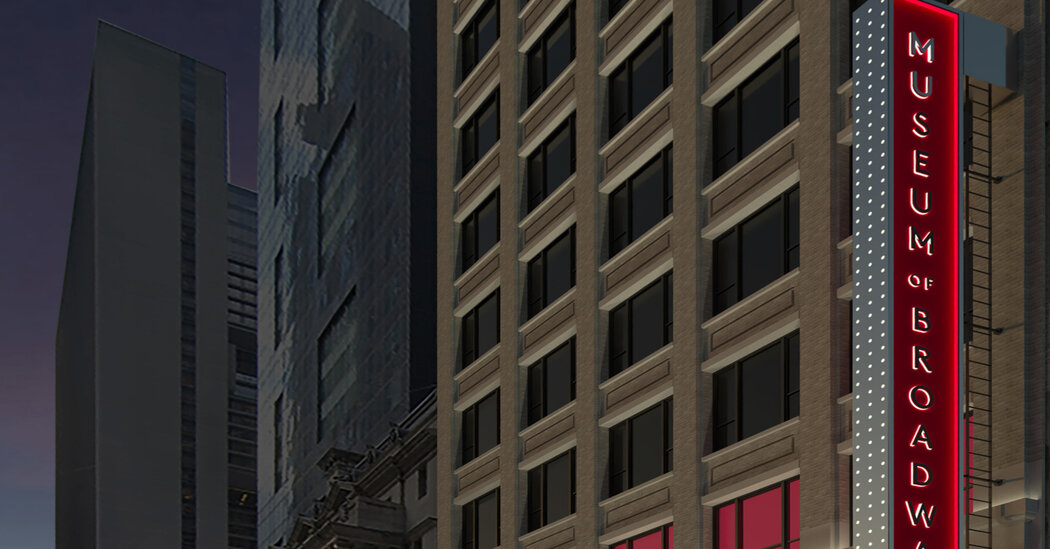 After multiple delays, the first museum dedicated to telling the storied history of Broadway shows is now expected to open its doors next summer in the heart of the theater district.

The Museum of Broadway, described as an interactive and immersive experience, was originally scheduled to debut in 2020. But its founders, Julie Boardman, a four-time Tony nominated producer, and Diane Nicoletti, founder of Rubik Marketing, said the project was delayed by the pandemic.

“We really thought it would be this great idea that was a hybrid of both an experiential museum that’s very interactive and colorful and fun,” Nicoletti said in an interview, “as well as making sure that we were really getting the integrity of the history of Broadway, by including costumes and artifacts and historic elements as well.”

The museum, at 145 West 45th Street, next door to the Lyceum Theater, will have three sections: The first, a map room, will lay out the migration of the city’s theaters from the financial district to Union Square, Herald Square and then, eventually, Times Square.

The second area will be a timeline, stretching from Broadway’s birth in the mid-18th century to classic book musicals and follies to shows currently running onstage. Opening-night telegrams, lyric sketches and handwritten pieces of sheet music have been obtained with the help of the Billy Rose Theater Division of the New York Public Library for the Performing Arts.

Along the timeline there will be installations created by visual artists and Broadway designers — think vibrant murals or interactive augmented reality experiences — that will explore some of the most important and influential shows. A room at the end of this section will highlight the shows playing on Broadway at that moment, and examine some of the 41 theaters that make up Broadway.

A stage door will open into a backstage that deconstructs the making of a Broadway show. This last area is intended to honor the professionals — both onstage and off, actors and not — who ensure the shows go on.

“It really paints the picture of how that all comes to be, and then honors all of the brilliant, talented creatives, and people who bring that to life,” said Boardman, one of the producer’s of a revival of “Company” this season.

The Museum of Broadway was founded in collaboration with Playbill, Broadway Cares/Equity Fights AIDS, the Al Hirschfeld Foundation, Concord Theatricals and Goodspeed Musicals. Tickets are expected to go on sale next year.

“With Covid, and the industry being completely shut down, we’re really excited to be able to open our doors to everyone” next summer, Boardman said.