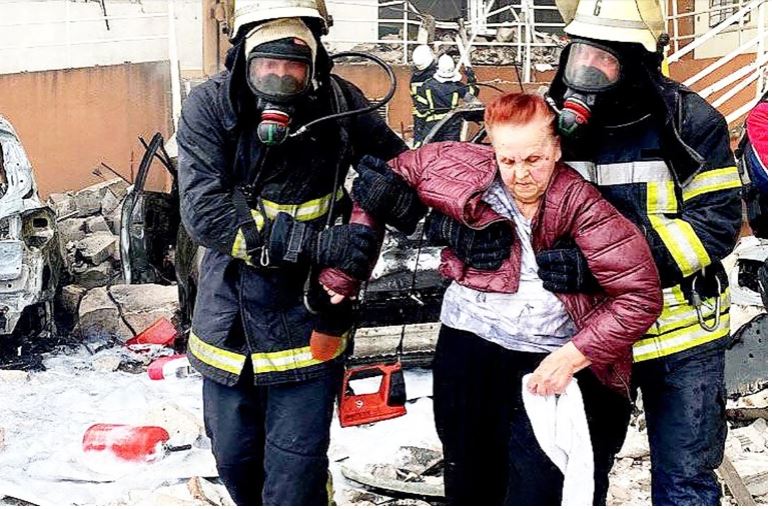 At least eight people, including a mother and a child, have been killed in a Russian missile attack on the southern Ukrainian city of Odesa, according to officials and media reports.

The attack on Saturday was the first big strike on or near Odesa since early April.

Volodymyr Zelenskyy, the Ukrainian president, condemned the attack, calling the Russians “b*****ds” for the death of the infant.

“Among those killed was a three-month-old baby girl. How did she threaten Russia? It seems that killing children is just a new national idea of the Russian Federation,” he told reporters in Kyiv.

The UNIAN news agency said the baby’s mother, Valeria Glodan, and grandmother were also killed in the attack. The agency cited social media posts from the baby’s father and others.

The Ukrainian president said Russia had already fired most of its missile arsenal at Ukraine.

“But what they have already done is a powerful enough argument for the world to finally recognise Russia as a state sponsor of terrorism and the Russian army as a terrorist organisation.”

Russia has denied targeting civilians in its “special military operation” that began on February 24.

The Russian defence ministry said it used high-precision missiles to destroy a logistics terminal in Odesa containing weapons supplied by the United States and European nations.

It also charged that Ukrainian special services in Odesa were preparing a “provocation with the use of toxic chemical substances” that could then be blamed on Russia.

It added that Russian forces had killed up to 200 Ukrainian soldiers and destroyed more than 30 vehicles on Saturday.

Russian General Rustam Minnekayev said on Friday that Moscow wanted control of the whole of southern Ukraine, comments Ukraine said indicated Russia had wider goals than its declared aim of demilitarising and “denazifying” the country.

Kyiv and the West call the invasion an unjustified war of aggression.