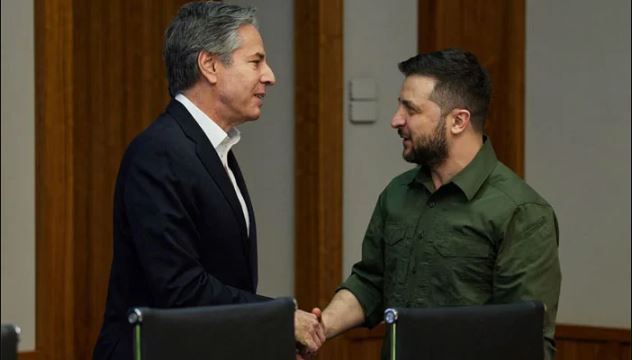 U.S. Secretary of State Anthony Blinken says Moscow is failing to achieve its goal. On the other hand, Ukraine is getting success.

He made the remarks at a news conference on the Polish border after meeting with Ukrainian President Volodymyr Zelensky in Kiev. News from the BBC.

He added that it was an opportunity to demonstrate the United States’ continued support for the Ukrainian government.

Blinken said that during the meeting, Ukrainian President Volodymyr Zelensky praised the leadership of US President Joe Biden and thanked Washington for its generosity towards Ukraine.

“We don’t know what the future holds for this war,” he said. But we do know that the stability of a sovereign, independent Ukraine will be longer than the time Russian President Vladimir Putin is on the scene. And our support for Ukraine will continue until it achieves full success.

Recently, Washington reported that Blinken and Austin met with Ukrainian President Volodymyr Zelensky in Kiev on Sunday. They have visited and now they are located outside the territory of Ukraine.