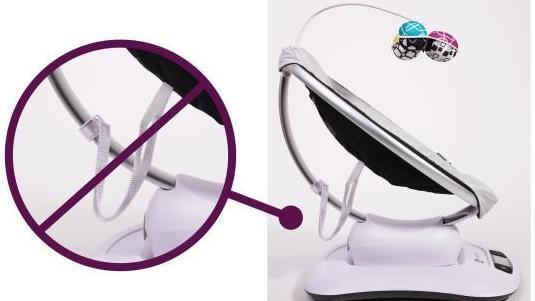 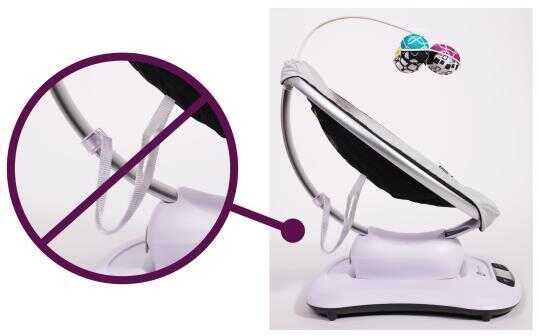 4moms is recalling more than 2 million MamaRoo and RockaRoo swings and rockers over entanglement and strangulation hazards posed by the straps that hang down.

4moms is recalling more than 2 million of its MamaRoo and RockaRoo infant swings and rockers because of entanglement and strangulation hazards, the Consumer Product Safety Commission has announced.

There have been two reports of children becoming entangled in the restraint straps of the Mamaroo swing, which hang below the seat of the swing when it’s not in use.

There have not been any reported incidents with the RockaRoo, according to 4moms.

“Consumers with infants who can crawl should immediately stop using the recalled swings and rockers, place them in an area where crawling infants cannot access and register your product immediately to receive a free strap fastener that will prevent the straps from extending under the swing when not in use,” 4moms said in its statement.

The recall covers MamaRoo swings versions 1.0 to 4.0 and all RockaRoo rockers sold between January 2010 and August 2022. Both products were sold at BuyBuy Baby and Target stores, as well as online through Amazon and the 4moms website. A smaller number of these products were also sold in Canada.

The products do not need to be disposed of. 4moms has created a strap fastener that secures the straps when the swings and rockers are not in use.

The straps are free, you just need to email [email protected], call the recall hotline at 877-870-7390, or order a strap online through the website.

4moms said it would also be reaching out to known consumers to let them know about the recall.