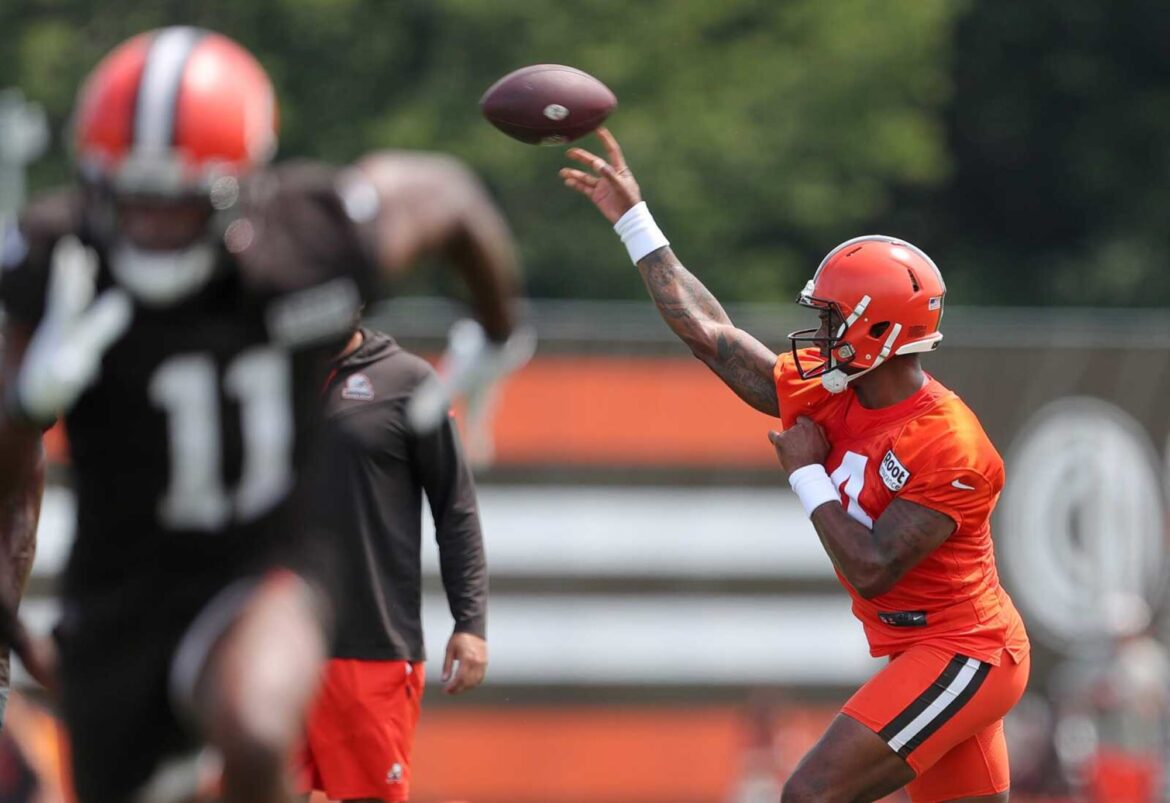 Mina Kimes didn’t hold back on the Deshaun Watson ruling, calling the arbiter’s decision to hand down a six-game suspension “utterly incoherent.”

If you think Deshaun Watson got off lightly with a six-game suspension from disciplinary officer Sue L. Robinson, Mina Kimes is right there with you.

The ESPN personality took Robinson to task for her decision on the length of the suspension for the Browns quarterback despite concluding that he had committed sexual assault. And she wasn’t the only one.

“When I first saw the six games I was surprised. It seemed low given the volume…and the severity of the allegations,” Kimes said. “I wanted to read the report, and having read it…I find her ruling to be utterly incoherent and confusing frankly.

“First she lays out the allegations, many of which we’re familiar with. The NFL accuses Watson of going into these sessions with a sexual intent, bringing a towel that couldn’t cover him, ejaculating on the women…

“What is more significant to me was her own findings…She found essentially that the NFL proved its case, that Watson did engage in unwanted touching, that he knew it was unwanted, that the NFL met the burden of a civil suit to prove sexual assault took place. She calls his behavior ‘predatory’ and even says he can only work with in-house massage therapists from now on.

“I find this incredibly difficult to square with her ultimate conclusion, which was based on Preston, but also her own interpretation that what took place was not violent.

“The CDC defines sexual violence as sexual activity where consent is not freely given. I don’t understand how she felt the behavior she lays out in painstaking detail did not meet that standard.

“I suspect many people who know victims of sexual violence, who have been victims themselves, and survivors probably feel the same way today.”

The NFL is reviewing the decision and could appeal with an eye on getting a longer suspension for Watson. Meanwhile the Browns and the NFLPA are ready to honor Robinson’s decision.

The way Kimes lays out her arguments, the idea of a six-game suspension does sound incredibly lenient. If Robinson found Watson committed sexual assault of any kind, even if she decided to term it “non-violent,” the six games essentially amounts to just one quarter missed for every sexual assault allegation on his record.

The NFL proved that Watson was out of line. He deserves a punishment much closer to what the NFL asked for, which was no less than 12 games.

So much for the idea of unprecedented punishment coming Watson’s way.