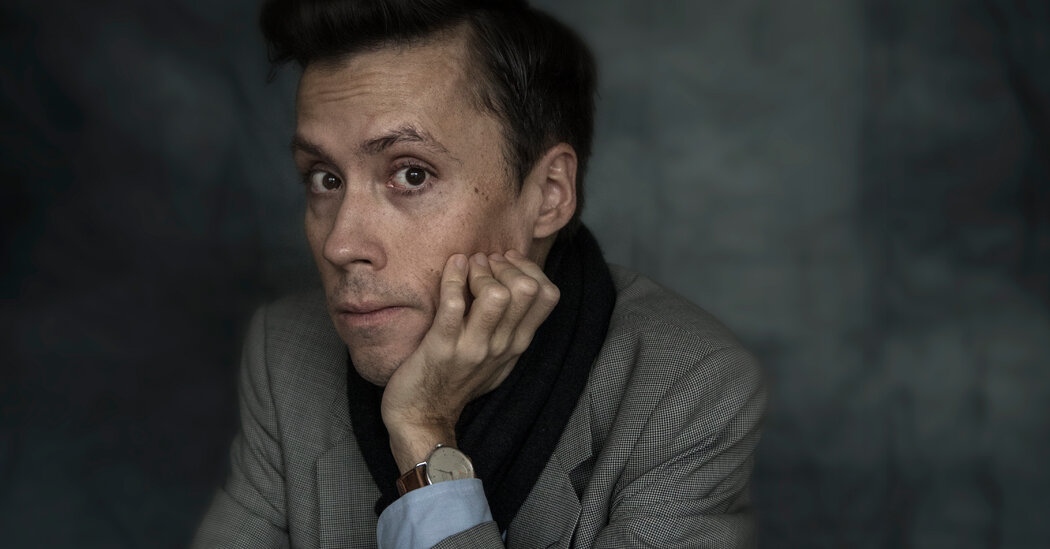 I LIVE A LIFE LIKE YOURS
A Memoir
By Jan Grue
Translated by B.L. Crook

Taking the title of Jan Grue’s memoir, “I Live a Life Like Yours,” literally, I approached it first by creating a mental Venn diagram, testing the veracity of his titular statement. And indeed, many areas in our lives do intersect: We are both married with children and pursue demanding careers. Moreover, we each bear the weight of a devastating diagnosis and a sobering prognosis. Confronting society’s stigmas and the general aversion to anything other than what is considered “normal,” we struggle to balance others’ expectations and presumptions with our own. To slightly different degrees, we have each accepted the necessity of a wheelchair.

There’s much alignment on the diagram — he does in fact live a life like mine — but this is uniquely Jan Grue’s story, one in which he endeavors to fit his extraordinary shape into an ordinary world. It is a narrative that is compelling, unconventional and powerfully told.

Grue, who holds a doctorate in linguistics and teaches at the University of Oslo, writes matter-of-factly about the vagaries of fate; how for some of us a genetic glitch means we’re assigned paths we surely would not have chosen. Diagnosed as a child with a rare form of spinal muscular atrophy, his early prognosis pointed toward an abbreviated life span. That prognosis, it turns out, was in error. He discovers just after turning 30 that his condition is not progressive, nor certain to kill him. Nonetheless, his affliction is debilitating and disfiguring, and he is preoccupied by the physical reality that he will never have what others have. Striving to reconcile that inequity is at the core of his human journey.

The author’s Calvinist parents, both academics, raised him to be self-sufficient. They were often at odds with Norway’s governmental bureaucracy, a battle passed on to their son when they deemed him old enough to act as his own advocate. “I began to share the work with my parents, the work of being myself in the world, outside my family.”

Grue is shocked by the additional hurdles he has to overcome: “Social Services poses a hundred tiny demands as to how I should formulate my needs, how, precisely, my wretchedness should be described.” Later, his hard-won independence as a disabled adult, living on his own, threatens to derail his government assistance. “Social Services casts me a knowing wink, it asks whether I am truly OK, OK enough to leave Social Services alone, to let it turn its mild face rather toward those who are content to remain wretched.” In an enlightening act, his parents hand over the entirety of his childhood medical records and case notes, so he can read for himself the “horizon of expectations” his doctors and the health care system had predicted for him.

Grue also bristles at the tyranny of time. By age 14, fraught with anxiety, he had sensed that his days were running out. As a young adult, he bumped into one of his former middle school teachers and she was honestly surprised to see him still alive. Outliving her expectations is one of many victories he claims in this book.

All of the wins in his life are come-from-behind, affirmations of the self that he is determined to reveal — a person who is much more than what others see. He discovers that “to be stared at, gawked at, is … to be situated in a narrative that has already been written, and that is told by others.” Refusing to be cloaked in such a “tragic aura,” he insists that his physical malformity is not the totality of his experience.

“The world,” he says, “perceives a body with frail arms, legs locked into certain angles, the world sees a thin body in a large, bulky wheelchair.” Judged by appearance alone, he is not considered a whole man, not understood as the accomplished Ph.D. that he is, with a brain that more than compensates for his corporeal deficiencies. His genius becomes evident in his mastery of language and his profound success in the academic world. At home, his personal life provides a protective circle of normalcy, as he falls in love, marries and has a son of his own.

By his admission, Grue strives in his writing for what he calls “the condensed,” choosing his words carefully and rendering these essays with language that is terse, direct and without garnish. He offers messages of wisdom that will resonate long after you’ve finished the memoir. “At some point or another I stopped thinking about myself as someone who needed repairing.” Even allowing for its translation from Norwegian, this is serious stuff (if you’re looking for giggles, you are in the wrong section).

His narrative shifts through various ideas and themes — jumping between his childhood, his career in academia, his relationship with his wife, Ida, and his travels. Here’s another Venn-like overlap: Grue shares his humiliating experience traveling in an airport wheelchair. “How bizarre it was to be handled like a piece of freight,” he writes, “like a logistical problem, like an intrusive element.” I, too, have written about wheelchair trips across airport and hotel lobbies as “being treated like luggage,” mute and marginalized: “No one listens to luggage.”

It must be said that Grue is tough company. This is a story of intense difficulty, which was surely difficult to write and is sometimes difficult to read. But it’s worth the investment. From behind the veil of disability, he shares valuable insight about the human condition. Do pay attention to that man behind the curtain. He has a lot to say.