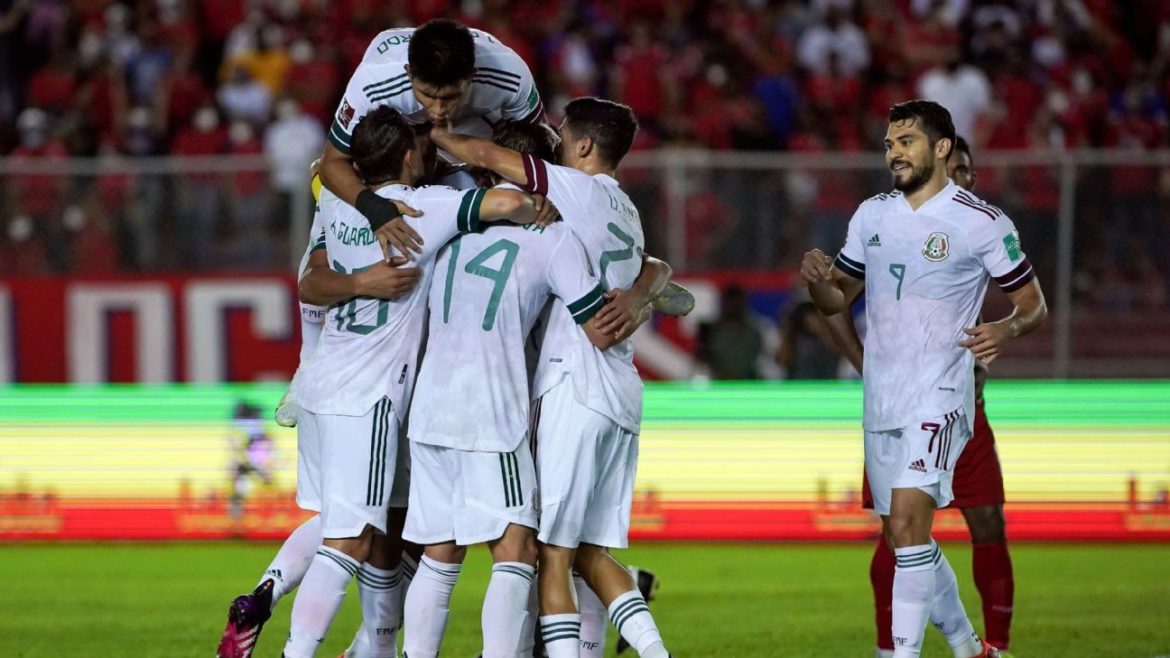 In light of Mexico’s hot start in the CONCACAF World Cup qualifying campaign, it remains to be seen whether El Tri can replicate the success of their last campaign in Russia 2018, or if the sunny outlook of the first three games can suddenly become cloudy, as it has happened in prior cycles.

While Mexico’s early success cannot be negated, there are still several things for manager Gerardo “Tata” Martino to fix as his team gears up for a second round of games in October. Here are a few questions (and answers) detailing what’s next.

After summer tourney heartbreak, is Mexico back on track?

Without four key players in Raul Jimenez, Hirving Lozano, Hector Herrera and Diego Lainez, three matches in just one week could have gone very wrong for Mexico. Factor in that two of them were away from home, the lone game at Estadio Azteca was played without fans plus the stress of being without manager Gerardo ‘Tata’ Martino for the last two contests due to eye surgery, and you had the outright potential for disaster.

Instead, El Tri walk away with a near-perfect start and first place in the region with seven points. Barring any lingering travel bans and injuries, future iterations of the team will also feature players missing this time around; without hesitation, it’s safe to say Mexico’s roster depth will only get stronger from here on out.

It was important for Martino to quiet the noise after losing two finals to the United States over the summer, and it was doubly so to get off to a good start in qualifying, which — excluding the last World Cup cycle — has been a bane for the CONCACAF giants over the past few decades.

In the Mexican soccer world, you are only as good as your last result. While this is not something exclusive to El Tri, the 24/7 coverage of the sport in every conceivable media outlet within Mexico meant Martino was constantly criticized in the run-up to these games.

USMNT World Cup qualifying: Is the team on track? Berhalter safe?1dESPN2022 World Cup: How qualifying works around the world2dESPN
1 Related

For now, he’s definitely quieted those aiming to remove him from his post, but he’ll still have to deal with those who — justly — point out some major issues within his team.

If not for a late strike from Henry Martin against Jamaica, a penalty kick from Orbelin Pineda against Costa Rica, and an equalizing goal from Jesus Corona against Panama, things would be a lot different for El Tri following the international window.

Martino has obtained positive results on a razor-thin margin, and if certain areas of need are not addressed quickly, he might not be so lucky next time around.

Which players secured their ticket to Qatar? Who has work to do?

Rogelio Funes Mori was given three consecutive starts as the team’s lone striker in a 4-3-3 setup. He produced exactly zero goals. Sure, his hold-up play is very effective and his mere presence, coupled with a strong resume from his time at Monterrey is enough to draw attention and create space for others, but the Argentine-born striker’s tenuous hold on his spot has pretty much broken. When Jimenez comes back, he’ll regain his place as Mexico’s starting nine, and Club America’s Henry Martin (who scored against Jamaica) made a compelling place to back Jimenez up.

Elsewhere, players like Sebastian Cordova and Alexis Vega’s stock continue to rise after strong showings. Cordova was key in the effort to equalize against Panama, and Vega was a terror for defenses on the wings for the first two matches.

Conversely, Jonathan dos Santos’ lack of form has unquestionably continued. As with Funes Mori, look for Dos Santos to drop to the bench when Hector Herrera returns for El Tri.

Mexico’s struggles at right-back have been so apparent that Julio Cesar Dominguez, a 33-year-old center-back, was given the start at the position last Sunday against Costa Rica. Jorge Sanchez and Luis Rodriguez have platooned on the right side of the defense for months now, but neither looks to be a long-term solution for Martino as the road to Qatar continues.

A cartoonish mistake from Sanchez created the only goal for Jamaica, while Rodriguez’s follies at the position are enough for a low-light reel. Look for Martino to call in anyone carrying a good run of form in October to bolster the position. And yes, while Jimenez is Mexico’s undisputed starting striker, the overall lack of options at the position have been a constant hassle for Martino since the Wolverhampton man went down to injury late last year.

Funes Mori’s hot start has cooled, and Martin seems to be at his best when coming off the bench. Beyond those two, it’s anyone’s guess as to who could be called in to audition next month.

In keeping with Martino’s decision to call in most of the group responsible for winning the bronze medal in Tokyo 2020 last summer, a healthy Lainez should be on the docket for October. Lainez can fill multiple positions in midfield and attack for Martino, giving Mexico more options and possibilities moving forward.

Alejandro Zendejas’ hot start at Necaxa this season has been increasingly hard to ignore, and the winger should see his first Mexico senior team cap if his form continues. Buried in the depth chart at Chivas, the Mexican-American has seen a career renaissance with Los Rayos, scoring four goals in seven games thus far.

Toluca striker Alexis Canelo is next in line to receive his naturalization papers, according to several reports. Should this come to pass before the next international window, expect Mexico to come calling. The 29-year-old Argentina native has 23 league goals for Los Diablos since the start of 2020.

Lastly, Club America’s Salvador Reyes has been lights out in his debut campaign for the Mexico City giants. The former Puebla man can play as a left back, on the left side of the midfield or even at winger.