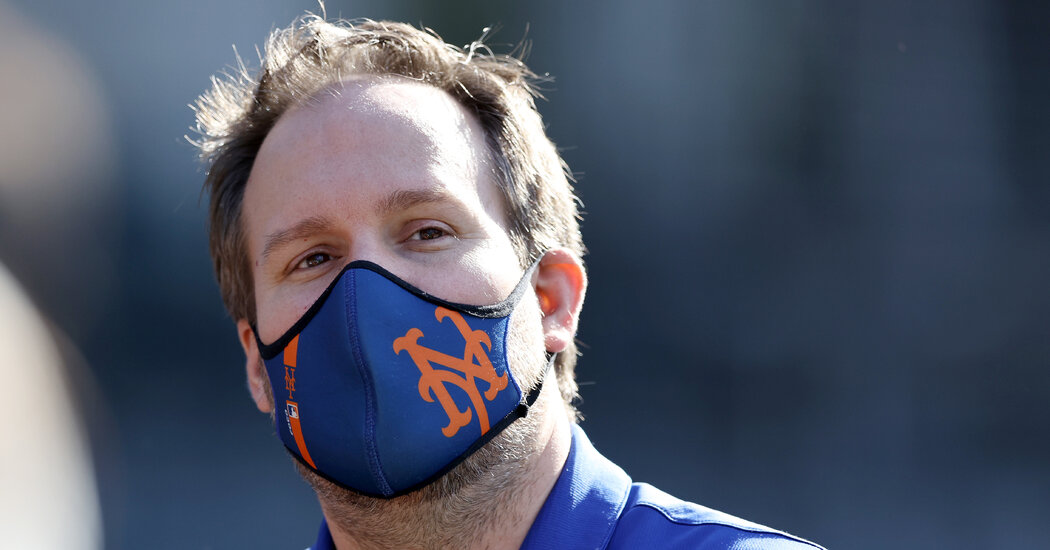 Zack Scott, the acting general manager of the Mets, was placed on administrative leave by the team on Thursday, two days after police said he was found asleep at the wheel of a car in White Plains, N.Y. and was arrested on a charge of driving while intoxicated.

Capt. James Spencer of the White Plains Police Department said an officer spotted Scott asleep at the wheel of a 2018 Toyota Highlander at the intersection of Fisher and South Lexington Avenues on Tuesday. Spencer said Scott, 44, refused to take a breathalyzer test but failed a field sobriety test.

Scott was arrested at 4:17 a.m. and was booked and released a short time later, Spencer said.

On Thursday morning, Scott pleaded not guilty to a first-offense D.W.I. charge, in addition to three other traffic related charges, according to White Plains court records. His next appearance is scheduled for Oct. 7.

In the team’s initial statement, the Mets said that they were “surprised and deeply disappointed to learn this morning about an alleged D.U.I. involving Zack Scott,” and that they take the matter “very seriously.” On Thursday the team announced that Scott had been placed on administrative leave until further notice.

Sandy Alderson, the president of the team, will take over Scott’s responsibilities.

Scott did not immediately return messages seeking comment. The arrest was first reported by the New York Post.

The night of his arrest, Scott had been at the Greenwich, Conn., home of Mets owner Steven Cohen, who was hosting a fund-raiser for the team’s charity during which players and team officials were in attendance. The event, according to a team official, was done by 9 p.m. Scott, according to authorities, was found asleep at the wheel elsewhere many hours later.

Scott was promoted into his position as the Mets’ acting general manager only because the team fired its full-time general manager, Jared Porter, in January following the revelation of Porter’s lewd harassment of a female reporter four and a half years ago while he was with the Chicago Cubs. Porter’s firing came just a month after he was hired away from the Arizona Diamondbacks.

Following an investigation by Major League Baseball, Porter was placed on the league’s ineligible list in June through at least the end of the 2022 season.

Scott had been a runner-up to Porter for the Mets’ general manager position in December. Still, the Mets hired Scott, who had spent the previous 17 years with the Boston Red Sox, including tenures as their senior vice president and assistant general manager.

Scott’s arrest was the latest high-profile episode for the Mets, an organization seemingly wrestling with constant problems on and off the field. After the firings of hitting instructor Ryan Ellis and Porter following sexual harassment complaints, the Mets hired a law firm to investigate the team’s culture. In June, Cohen announced new guidelines to address a workplace that some said fostered sexist and bullying behavior.

On the field, the Mets have struggled, dropping from first place in the National League East to third in less than a month, and are now fighting to even reach the playoffs. At 65-67, they were five and a half games out of the second N.L. wild-card spot entering Thursday.

In early August, as the Mets began to slip in the standings — a stretch Scott called “unacceptably bad” — he also suggested injured players were not taking care of themselves.

“These are all individuals and control their own bodies and sometimes they are not as compliant as they should be,” Scott told reporters then. “You’ve got to take ownership of your career and your health as well.”