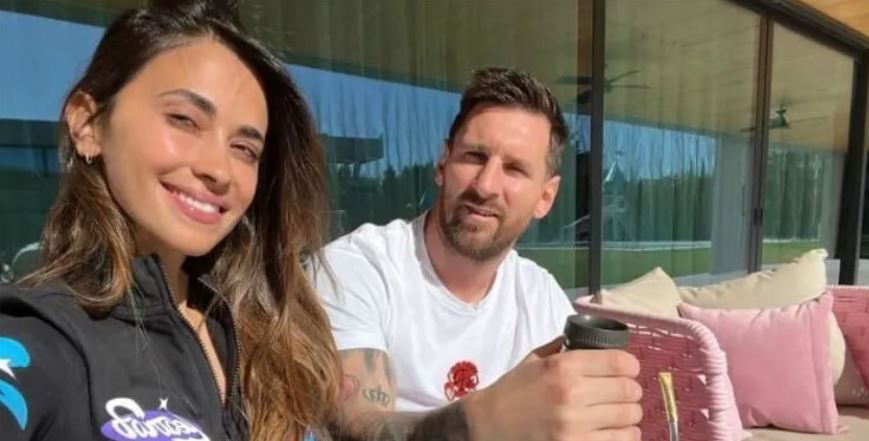 Lionel Messi has completed two great assignments for the national team since the end of the league season. He then spent a great holiday in his hometown of Rosario, Argentina.

Eventually that holiday came to an end. This time the new season will start. For that he has to return from his birthplace to the busiest city Paris. PSG has to be prepared.

To that end, Messi and his family boarded a private plane from Rosario on Tuesday night. Everyone in the family – wife Antonella Roccuzzo, three sons Thiago, Mateo and Ciro.

However, Messi’s plane landed in Barcelona, ​​not Paris. Not only that, but a number of Bar্সa supporters were also present at the Barcelona airport. Those who welcomed Messi, took pictures with him, took autographs.

The Argentine national team played the final against Italy at Wembley Stadium in London on June 1. The Argentines won 3-0. After that Messi scored 5 goals alone against Estonia.

Messi will now have to prepare for the World Cup in the middle of the season with the preparation of club football, not only to return to the busy day after the holidays.

Messi boarded a private plane from Rosario at 8:40 pm on Tuesday, Argentina time. When his plane landed in Barcelona, ​​the local time in Barcelona was 2:20 p.m. Messi left the airport to visit the house where he had stayed for a long time in Baca.

Messi has spent more than 20 years in the city of Barcelona. The house also became his own. Children are born, raised – all in this house. So, it is not so easy to get rid of Maya in the house. For this reason, Messi came to the old house as soon as he got the chance.

However, no one has been able to say where Messi’s destination is before returning to Paris. Because, it is not certain whether he will stay in Barcelona or go to Paris. Argentina’s TYC Sports reports that Spain has some great beaches. The Messi family can spend time in one of them.

Usually Messi and Roccuzzo go on holiday to Ibiza beach. Although last year they went to the Dominican Republic. However, in Ibiza, not only Messi is alone, but also Luis Suarez, Cesc Fabregas and their family members. This was seen several times.