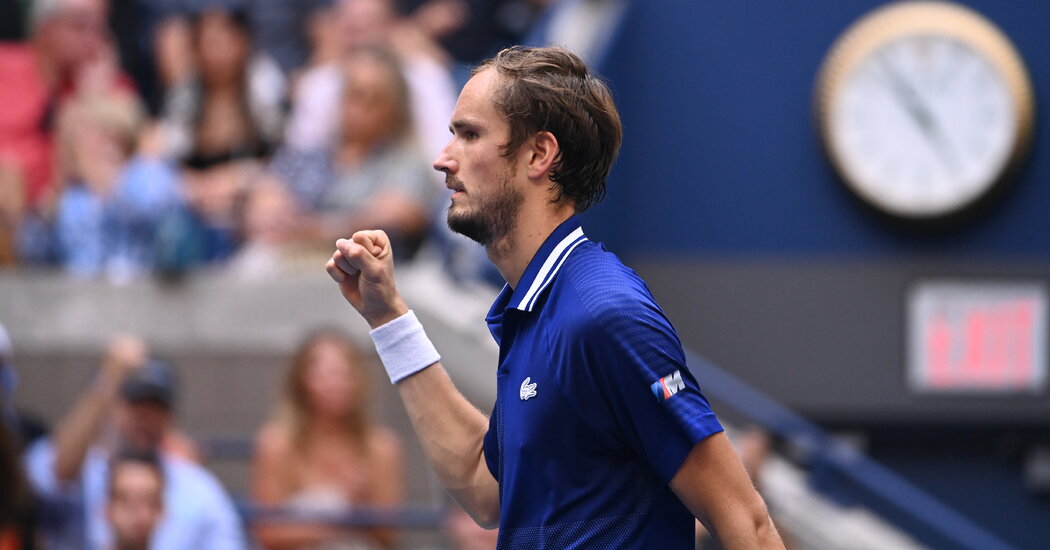 Novak Djokovic finds himself in familiar territory 36 minutes into the final: down a set at the U.S. Open.

Medvedev took the first set, 6-4, without facing a break point, holding onto a break he earned in the opening game of the match.

Djokovic has plenty of room to come back in the best-of-five format, and he’s done it many times here: he has lost the first set in his last five matches in this tournament. Each of the previous four times, he came back to win the second set and the match.

Medvedev has only lost one set at the Open this year, in the quarterfinals against qualifier Botic Van de Zandschulp.

Medvedev was able to play the first set on his terms, hitting more winners (13 to 10) and fewer unforced errors (7 to 10) than Djokovic. But Djokovic at least seems in command of his own after two shaky opening games, and there has been very little separating the two for the past 30 minutes.