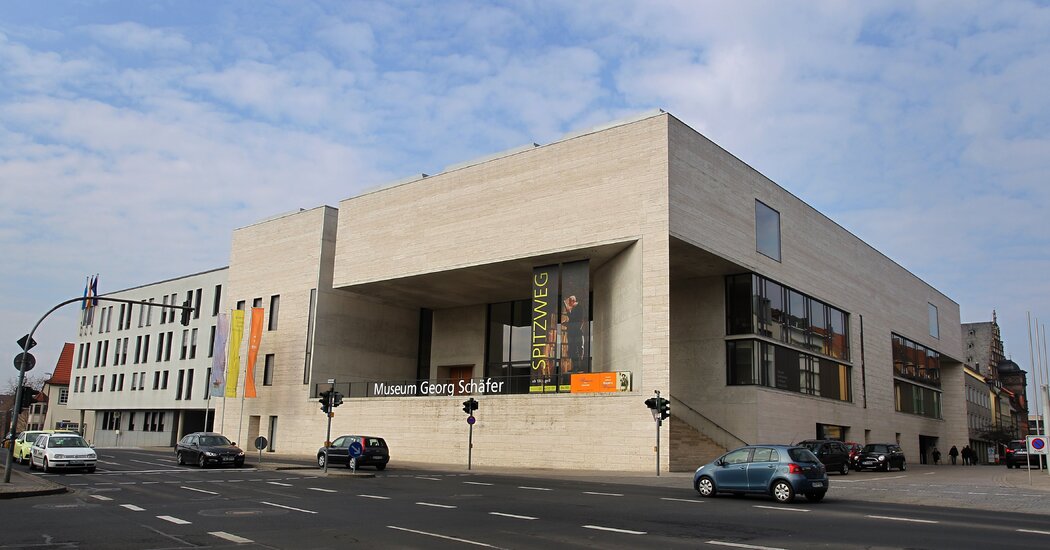 BERLIN — A decade-long dispute over a portrait of Max Liebermann’s wife, painted by the German Impressionist himself, and confiscated by the Nazis from her home here in 1943, has been settled with a financial payment to the artist’s heirs.

In a joint statement with the heirs, the Georg Schäfer Foundation, which came to own the 1930 portrait and two other works from Liebermann’s collection, said an anonymous private donor agreed to pay an undisclosed amount to the heirs in compensation for the three works.

The settlement aims “to treat the historical facts truthfully and with dignity” and solve “the dilemma between applicable law on the one hand and moral claims and justice on the other,” the statement said. It includes an agreement that the provenance of the works will be clearly displayed in the Georg Schäfer Museum in Schweinfurt in northern Bavaria, which houses the foundation’s collection.

Max Liebermann, a Jewish Berliner, was ousted from his position as honorary chairman of the Academy of Arts in Berlin after the Nazis seized power in 1933. He painted the portrait of his wife, Martha, five years before his death in 1935.

His daughter escaped to the United States with her husband and daughter, but Martha Liebermann never managed to flee Nazi Germany. The portrait hung in her Berlin apartment where, after a visit by the police, she committed suicide by taking poison at the age of 85 to avoid being deported to a death camp. The painting is included on a Gestapo list of objects seized from her apartment after her death, according to the heirs’ lawyer, Jutta von Falkenhausen.

Falkenhausen said the heirs assume the two other works included in the settlement — a 1909 drawing by Liebermann titled “Boys Bathing,” and an 1852 drawing by Adolph Menzel, “Twelve-Year-Old Jesus in the Temple” — were also lost because of Nazi persecution, although their provenance is less well-documented.

The portrait of Martha Liebermann, which had been removed from display during the dispute, is now back on view at the Georg Schäfer Museum and shares a room with one of her husband’s self-portraits, said Frank Schuck, the lawyer representing the foundation.

Georg Schäfer, an industrialist, made his fortune in roller bearings and died in 1975. He bought much of the art in the foundation’s collection in the 1950s in Munich, which was at that time a hub for dealers who had had relationships with the Nazis. The heirs of Jewish collectors have laid claim to about 20 works in the collection.

In the past, the foundation repeatedly rejected such claims. It argued that as a private entity, it is not bound by the internationally endorsed 1998 Washington Principles, which call for “just and fair” solutions for art looted by the Nazis. It also said it viewed it as the responsibility of the German government, not private collectors, to compensate the victims of Nazi spoliation for art bought legally and in good faith.

A veteran researcher who had been hired to examine the ownership history of paintings in the foundation’s collection declined to renew her contract in 2019, saying she felt she had been employed for appearances and that the foundation seemed to have no intention of giving back Nazi-looted art.

“This is a huge step forward,” the researcher, Sibylle Ehringhaus, said Thursday of the Liebermann settlement. “There was not really any serious argument to be made against reaching an agreement with the heirs anymore.”

Schuck said the donor who paid the settlement sum to the heirs was “someone who had an interest in helping the foundation and removing the stigma” attached to its collection.

“It was important to the foundation that the portrait stayed in the collection,” Schuck said. The amount paid to the heirs — Liebermann’s two great-granddaughters — was based on an estimate of the market value of the works, according to Falkenhausen.

Among the other claimants seeking restitution from the foundation are the heirs of Therese Clara Kirstein, a German Jew who committed suicide in 1939. The heirs believe a drawing by Menzel and a Liebermann study, once owned by Kirstein, were sold under duress shortly before her death or, more likely, confiscated and sold shortly after.

“This case could pave the way for solutions to others,” Schuck said. “Let’s wait and see.”