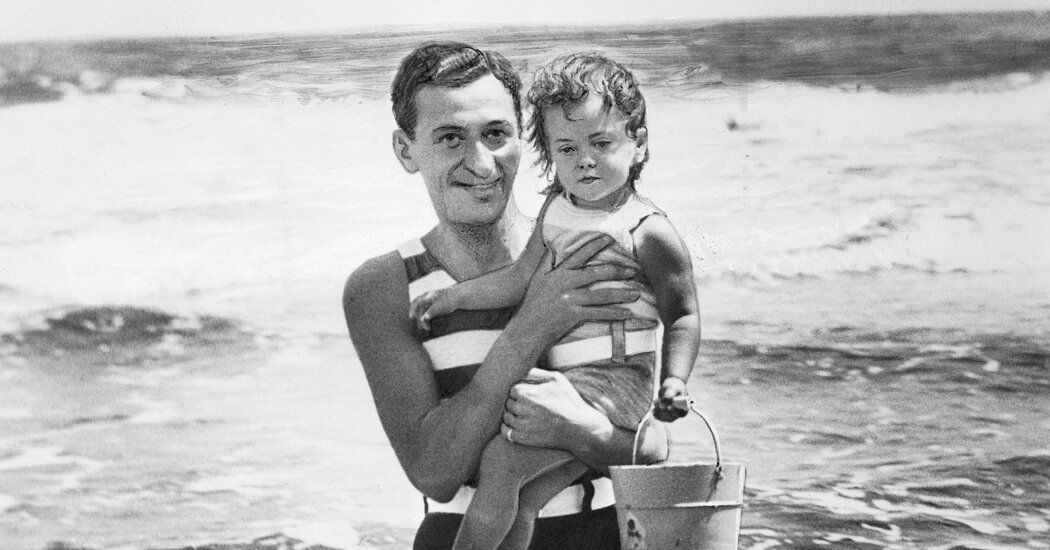 But her account of family life helped reconcile Berlin the artist and Berlin the man.

She recalled her father making head-spinning comparisons between their childhoods. Young Mary Ellin got a scar from falling off a swing; young Israel Beilin, as he was then known, got a scar in the berth of the ship he took to America when someone dropped a penknife on him, almost hitting his eye.

In the East River, near Mary Ellin’s penthouse home, her father had once, at 8 years old, nearly drowned; when rescued, he was found still clutching the pennies he had earned that day selling newspapers.

He often seemed a “shaky, uncertain man,” Ms. Barrett wrote — drumming his fingers, molding the inside of dinner rolls into compact balls, smoking too many cigarettes, chewing too much gum, jumping when the telephone rang, fiddling with his piano.

Ms. Barrett came to see her father’s drive as the product of anxiety and toughness that lingered from a ghetto childhood. He was “the street fighter,” she wrote, “not noisy and brawling but quiet, dogged,” never shaking the sense that he acted “with his back against the wall, writing, composing, negotiating his way out of a corner.”

Mary Ellin Berlin, who was born on Nov. 25, 1926, in Manhattan, grew up in a different universe. Her girlhood memories included dinner parties with the Astaires, the Goldwyns, the Capras and Somerset Maugham, who once lay on the floor, balanced a glass of water on his forehead and stood up without spilling a drop.