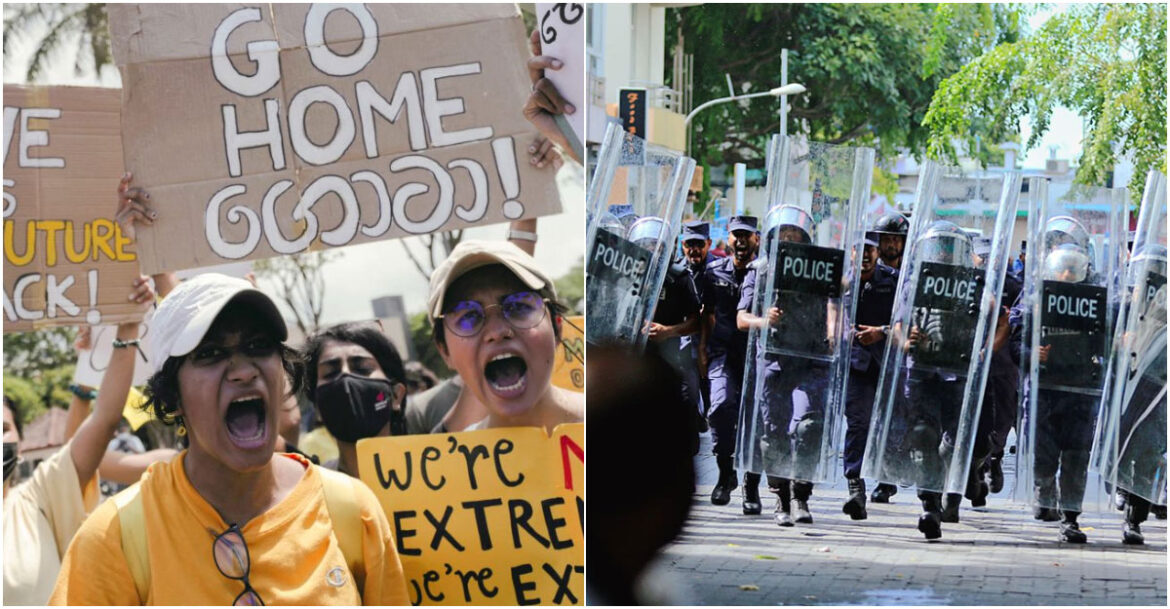 A large part of the Maldivian and Sri Lankan economies depend on the tourism sector. This sector has been severely affected by various restrictions since the onset of coronavirus.

However, two years after the onset of the epidemic, the Maldives’ economy has begun to recover. The country is doing better than Sri Lanka in terms of economy. Sri Lanka has been going through a severe economic recession for the last four decades.

Both countries borrow from foreign countries, especially China, to meet domestic demand. But in this case Sri Lanka is ahead of Maldives. China pays the country billions of dollars. Sri Lanka is a country that has been at the mercy of China since the end of the civil war in 2009 for various reasons, including overcoming the economic downturn and recovering the economy, building infrastructure.

If a country has experience, then that country should evaluate the experience of Sri Lanka. They should learn from the country. Former Maldivian President Yamin has signed a loan agreement with China. The Maldives is paying a huge amount for the construction of bridges and airports.

Ibrahim Salih came to power after the defeat of Yamin in the Maldives in the 2016 presidential election. Then things changed overnight. He took several commendable steps to calm the situation in the Maldives.

But since Rajapaksa’s eyes were on the presidential election so that he could sit in power for a third term. He surrendered helplessly due to mismanagement of political resources, human rights violations and repression of democracy.

Sri Lanka is going through economic misery like food, energy, inflation. The country has not had to go through such a situation since independence. Citizens of the country are protesting on the streets, the government is dealing with the situation.

Protesters are demanding the resignation of Prime Minister Mahinda Rajapaksa and President Gotabaya Rajapaksa. More than half a million people in Sri Lanka live below the poverty line. In this context, the country’s debt has risen to 119 percent.

The Maldives was far from the scourge of the worst after being a tourism dependent country like Sri Lanka. Because President Salih quickly took some urgent steps.

According to IMF and ADB reports, Maldives will be one of the five fastest growing economies in 2022.

The economy of Sri Lanka and the economy of Maldives are close to each other. But now economists think Sri Lanka is in a state of disarray. The Maldivian government has nothing to be enthusiastic about. Because the country has already crossed the red line in terms of debt.