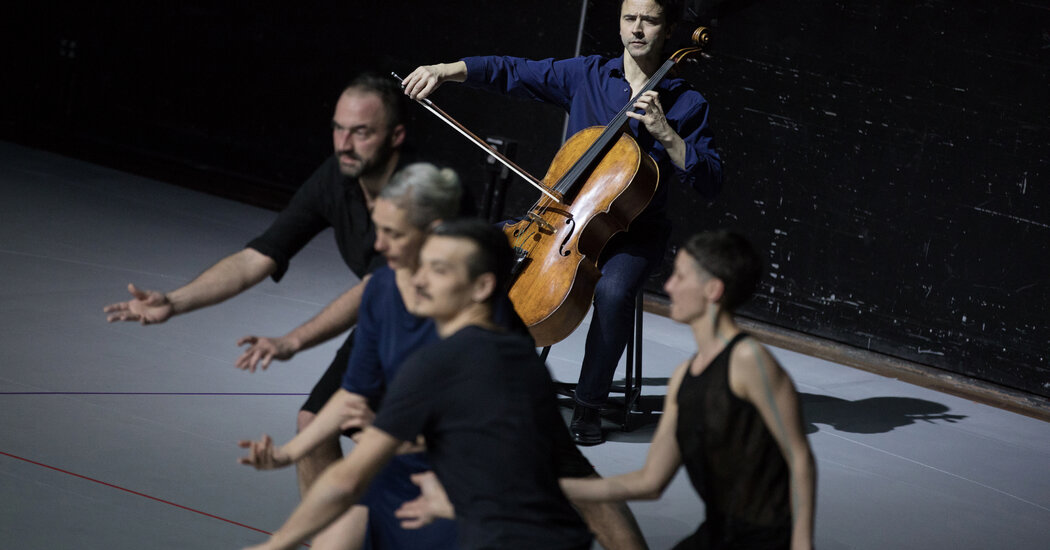 SALZBURG, Austria — “For me the Chaconne is one of the most wonderful and most incomprehensible pieces of music that I know,” the composer Johannes Brahms once wrote about the famous final movement of Bach’s Partita No. 2 in D minor for solo violin.

“On a single stave and for a small instrument, the man creates a whole world of the deepest thoughts and the most powerful feelings,” he continued in an 1877 letter to the pianist and composer Clara Schumann.

In 1926, the Chaconne became the very first work by Bach to be heard at the Salzburg Festival, in a performance by the violinist Johann Koncz. This summer, the piece was performed once again in the first of six musical programs devoted to the towering German composer.

For the second consecutive year, and against formidable odds, the Salzburg Festival, one of classical music’s most important events, forged ahead despite the pandemic. Last summer’s offerings were greatly reduced; this year, the festival has come roaring back with a full program of over 100 events, including operas and concerts of every stripe.

Prominent in the concert lineup is “Heavenwards — Time With Bach,” an idiosyncratic survey of the German composer in a festival that usually takes a greater interest in Salzburg’s favorite son, Mozart, and the works of Richard Strauss, who was among the event’s founders.

The choice to go back to Bach’s music this summer, during the second of two installments that mark the festival’s centenary year, was in part a response to the coronavirus pandemic. According to Florian Wiegand, the Salzburg Festival’s director of concerts and media, “Bach provides us with an unbreakable order in his music, with a clear structure and direction” to counter the loss of balance during these unsettled times.

The festival usually reserves the intimate format of the “Time With” series for 20th-century and contemporary figures, including Dmitri Shostakovich, Gérard Grisey and, earlier this month, the American composer Morton Feldman.

“Now we’re focusing not on a contemporary composer, but on an entirely timeless composer,” Mr. Wiegand said, adding that “Bach’s music is permeated with deep humanity” perhaps more than any other artist’s body of work.

Considering how vast and varied Bach’s output was — he is among the most prolific of all composers — there would have been infinite ways to construct the series.

Speaking from a terrace above the festival complex, which abuts the Mönchsberg, a mountain on the edge of Salzburg’s Altstadt, or old town, Mr. Wiegand said the festival chose to sidestep the composer’s best-known sacred works, including his Masses and Passions, many of which have been performed during past installments. (The most recent program of Bach’s music at Salzburg was a 2018 concert of the B minor Mass.)

Instead, the performances that make up the 2021 Bach program run the gamut from solo recitals to symphony concerts and even a dance production.

“In this series we wanted to focus on Bach’s music that is not liturgically bound,” he explained, adding that even the secular works can provide solace during this “challenging and sometimes resigned situation for all of us.” Once the festival’s artistic leadership had settled on Bach, they reached out to leading musicians and artists to find out which works they considered most meaningful right now.

The central production in “Heavenwards” is “In the Midst of Life,” a modern dance performance developed by the Belgian choreographer Anne Teresa De Keersmaeker around the Six Cello Suites. Performances are scheduled for Aug. 20 and 21 at the SZENE Salzburg, an event space in a former cinema.

The dance-concert, which was first performed in Germany in 2017 and traveled to New York last year, features one of today’s leading Bach interpreters, the French cellist Jean-Guihen Queyras. As he makes his way through the seminal and virtuosic cycle, Ms. De Keersmaeker and four members of her company, Rosas, dance around Mr. Queyras and his instrument, creating an intimate dialogue between music and movement.

With the exception of this Wednesday’s concert — the Six Brandenburg Concertos performed by Freiburg Baroque Orchestra, a leading period instrument ensemble — all of the “Heavenwards” programs aim for intimacy.

A pair of recitals find master pianists of different generations confronting Bach’s keyboard works. Earlier this week, the Hungarian pianist Andras Schiff, 67, plunged into the complete partitas; in the final concert of the series, on Aug. 23, the Russian prodigy Daniil Trifonov, 30, will dedicate himself to “The Art of Fugue,” a work left incomplete at the time of Bach’s death.

Mr. Trifonov performed the hourlong cycle at Alice Tully Hall in March 2020 in one of New York’s final concerts before lockdown. Reviewing the performance in The New York Times, Anthony Tommasini wrote that Mr. Trifonov “played with a focus and concentration that radiated throughout the hall. The performances abounded in scintillating grace, wondrous shadings, even touches of impetuousness.”

For his Salzburg appearance, Mr. Trifonov will start the program with Brahms’s left-handed arrangement of the Chaconne from the D minor Partita.

At the end of July, the Chaconne also featured in the opening concert of “Heavenwards”: a recital by the Austrian violinist Thomas Zehetmair performing the complete sonatas and partitas, which are considered the pinnacle of the solo violin repertoire. Alone on the stage of the Great Hall of the Salzburg Mozarteum Foundation, where Mr. Koncz played 95 years ago, Mr. Zehetmair held the audience transfixed during the performance, which ran three and a half hours (with two intermissions).

Of the musicians featured in the series, perhaps none has as deep a history with both this city and its signature musical event as Mr. Zehetmair, a Salzburg native who has been a familiar face at the festival since his 1977 debut here, at the age of 15.

“It is ambitious,” he admitted in an interview before the concert. He had recorded the cycles twice but never before performed them in full in a single evening. “It’s quite a challenge for the audience as well,” he added.

“The cycles are so fantastic in their whole conception,” he said, noting that he was excited about playing them in the order they appear in the catalog of Bach’s work. For instance, he said he relished the opportunity to finish the concert with the light and buoyant Partita No. 3 in E major.

“It’s so wonderful to have a lighter end after the whole concentration of artistic and intellectual challenges,” he said. “The audience can go out on the street with a light feeling.”

“There has never been a series dedicated to Bach like this,” Markus Hinterhäuser, the Salzburg Festival’s artistic director, said in a video introduction to the festival program, which runs through Aug. 30. By showcasing Bach during Salzburg’s anniversary, “Heavenwards” allows the festival to “connect to the original inspiration behind everything musical,” he continued.

“It takes us straight to heaven even though they are earthly works,” Mr. Hinterhäuser said. In his words, one can hear an echo of a dictum by the 20th-century composer Mauricio Kagel. “It could well be that not all musicians believe in God,” he famously said, “but they all believe in Bach.”