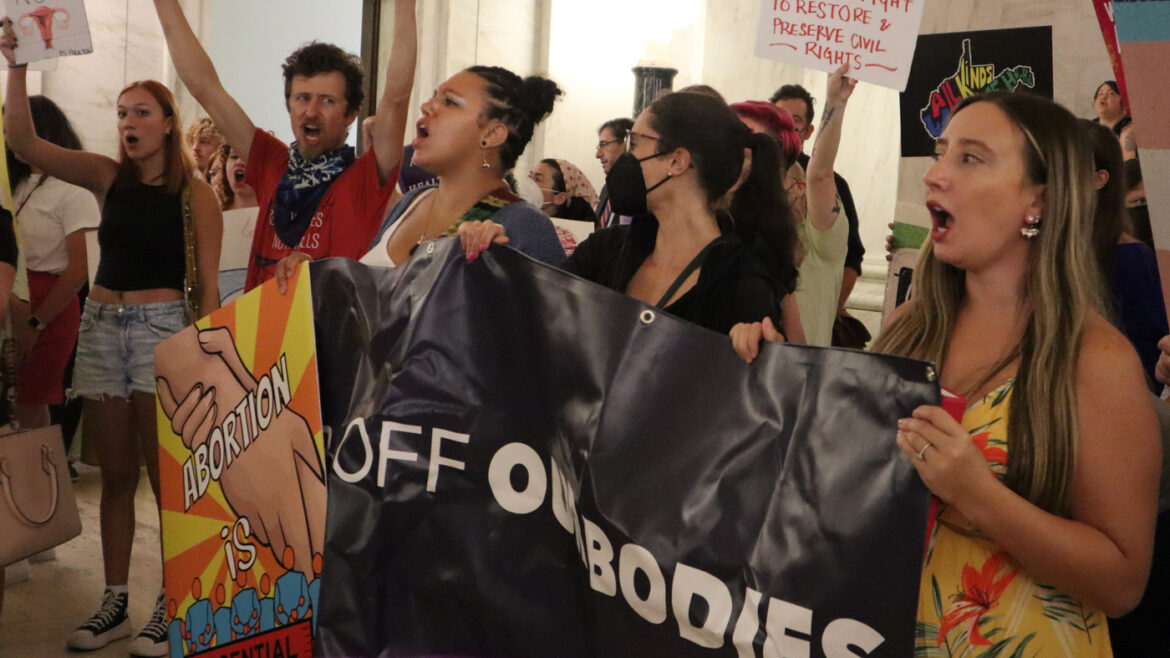 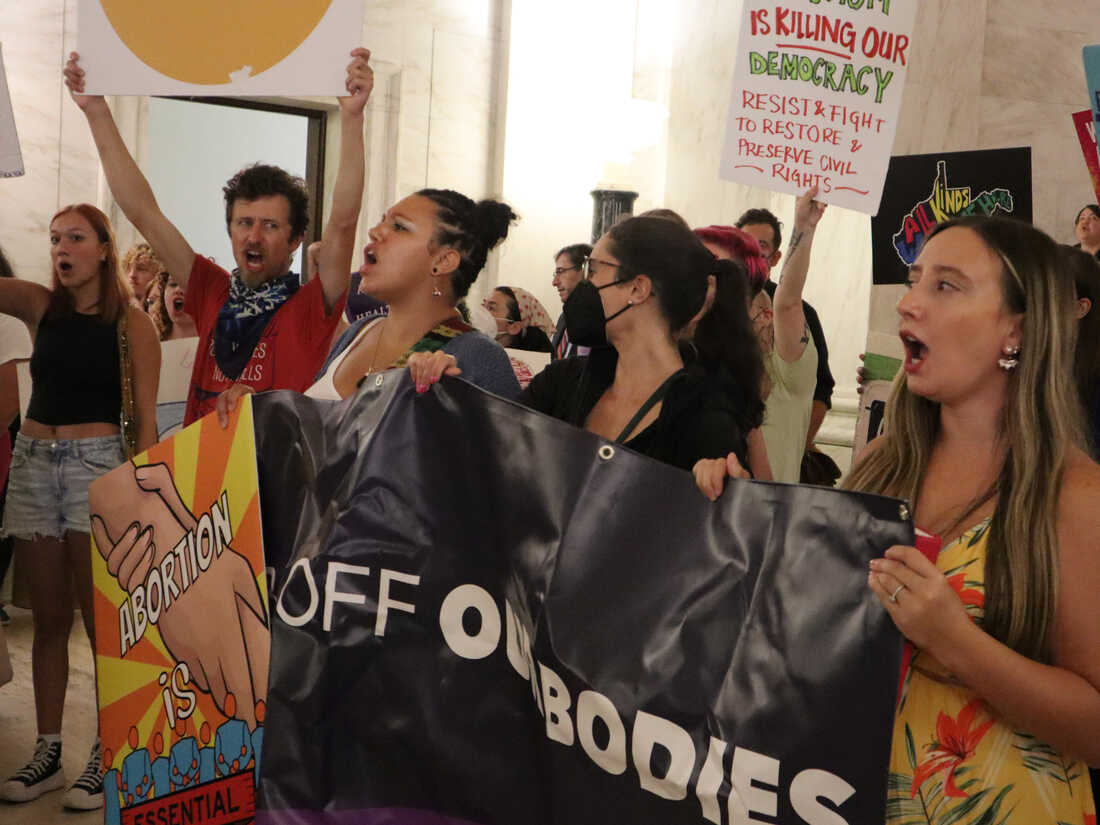 Abortion-rights advocates are using social media to reach young people who have more questions than ever about how to get an abortion. 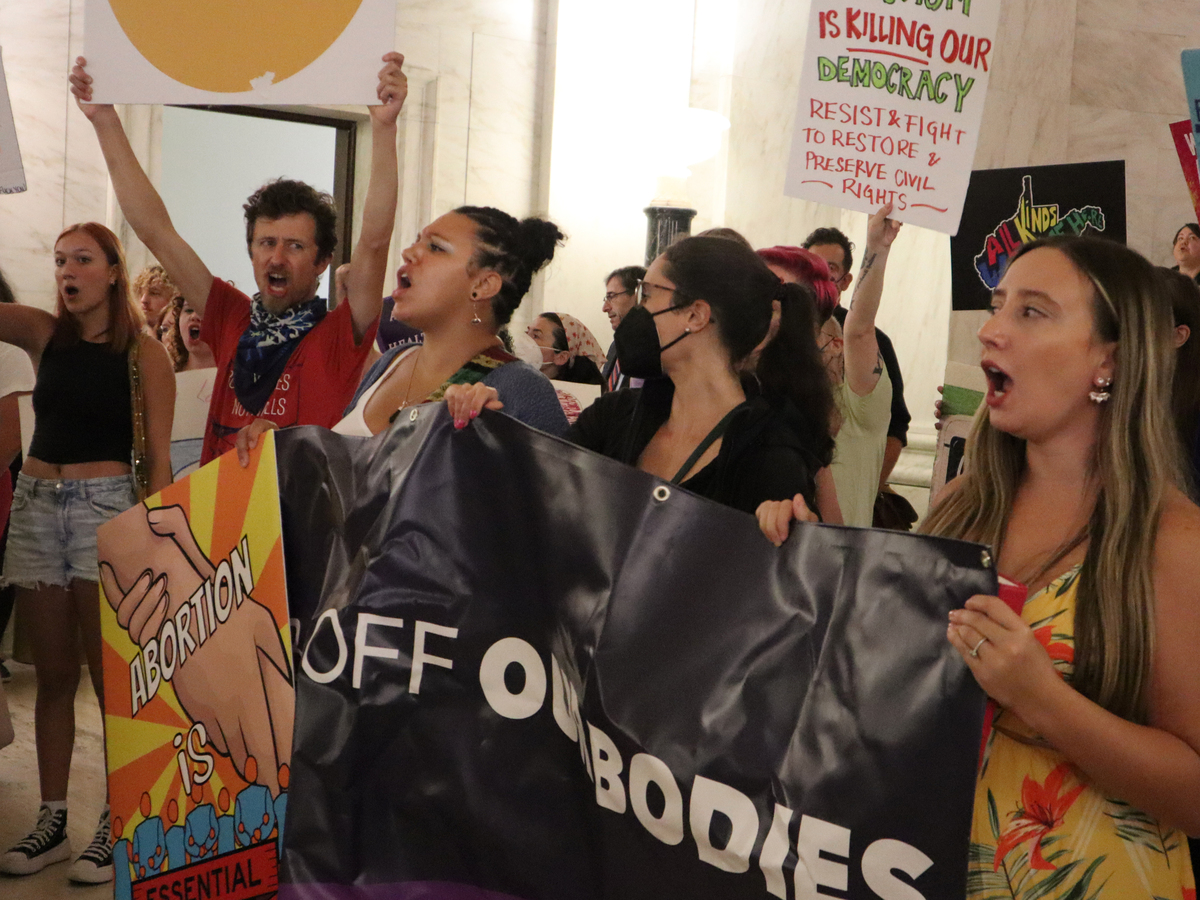 Abortion-rights advocates are using social media to reach young people who have more questions than ever about how to get an abortion.

For decades, young people have faced major barriers to abortion because of state laws requiring parental involvement in the decision to terminate a pregnancy. But now that the U.S. Supreme Court has ruled on Dobbs v. Jackson Women’s Health Organization — and the federal right to an abortion is gone — access is even more complex for adolescents.

In states where abortion is heavily restricted, advocates are fighting back: They’re shoring up legal support for young women seeking abortion and taking to social media platforms like TikTok to counter misinformation.

“People are scared to even seek information about abortion, because as soon as the decision came out … there was just chaos on the state level,” says Rosann Mariappuram, executive director of Jane’s Due Process, a Texas organization that educates young people in Texas on their rights surrounding abortion.

In Texas, this has always been complicated. It’s among the 36 states with laws requiring minors seeking abortion to notify or obtain consent from a parent or guardian before receiving treatment, according to reproductive rights advocacy group If/When/How.

Because of legal protections in Roe v. Wade and related Supreme Court decisions, minors have historically been able to avoid involving a parent through a workaround known as a “judicial bypass,” in which a judge determines whether the minor “is mature and well informed enough to make this decision on their own,” or if the abortion is in the young person’s best interest, says attorney Jessica Goldberg, who’s If/When/How’s senior youth access counsel.

In states where abortion is now banned, this option is gone. “The bypass itself is just the ability to consent to an abortion,” says Mariappuram. “But if abortion is gone in your state, there’s no path for you … just like adults who live in a state like Texas, where all the clinics have closed, youth are completely cut off from abortion.”

Like many reproductive health organizations in Texas, Jane’s Due Process has paused operations due to the threat of prosecution under Texas’ abortion ban.

With its direct services paused, Mariappuram’s organization has pivoted to making sure pregnant people — and minors, especially — can locate states where abortion remains legal, along with reliable information about their rights and options if they decide to travel out of Texas for care. This has required communication on social media platforms like Instagram and TikTok focusing on what someone under 18 who’s seeking abortion needs to know.

“We started highlighting states that either have no parental involvement laws and abortion is legal, or have fewer restrictions,” she says. “So, for example, if you’re in Texas, New Mexico is the closest state that doesn’t have a consent law, and is drivable for some youth.”

It’s still not clear exactly how Roe’s reversal will impact judicial bypasses elsewhere. Because the process was federally protected under Roe, it could come to an end as an option for minors seeking abortion. But Goldberg says the more immediate concern for minors is the glut of new abortion restrictions at the state level that have accumulated since Roe’s reversal.

“We’re already seeing abortion restrictions that go way beyond what we ever saw while Roe was in place,” she says. “We know young people will experience the harm of those restrictions in the way others will — and more so, because of additional practical barriers that they experience.”

Texas has been something of a case study for how the Dobbs decision could impact youth access to abortion across the country.

Ten months before the court’s decision, Jane’s Due Process’ work was interrupted by Texas’ six-week abortion ban. Most of the organization’s clients couldn’t obtain a judicial bypass and an abortion before six weeks of pregnancy.

“Losing abortion past six weeks is almost a complete abortion ban,” says Mariappuram. The impact is clear in the data reported to Texas’ Health and Human Services Commission: The first month the ban was in place, abortion rates dropped by 60% overall. But for teenagers, abortion rates dropped even more steeply — 77% for 16- and 17-year-olds and 91% for those under 16.

Not every state with a parental involvement law has cut off minors’ access to abortion altogether since Roe was overturned.

Louisiana’s abortion ban has been enjoined pending litigation, with abortion available on and off as the case makes its way through the court system. As of July 29, the ban was back in place, but it could be blocked again because of an appeal filed with the Louisiana Supreme Court.

Keeping up with a shifting legal landscape can have a profound impact on abortion access for young people caught up in the legal system.

When the injunction on Louisiana’s ban was lifted, a judicial bypass case was in process, and the young person seeking care ended up having to travel to Florida, says Michelle Erenberg, executive director of Lift Louisiana, which provides legal representation to minors seeking judicial bypasses. “For most of the young people that we work with, going out of state is not going to be an option for them,” she says.

Lift operates a helpline that young people seeking a judicial bypass can call or text for assistance within 24 hours. They’re then connected with a lawyer who helps them prepare to meet with a judge and to coordinate with an abortion clinic. Lift has been recruiting lawyers on an ongoing basis for this work for the past few years; while the organization offers attorneys a stipend, Erenberg said the majority do the work pro bono. The group is currently building capacity to address other areas where legal representation could be needed as the impact of Roe’s reversal unfolds.

“We’re recruiting attorneys to represent people that may be criminally prosecuted for either trying to access abortion or having some other pregnancy outcome investigated by law enforcement” or for trying to help someone else obtain an abortion, she says.

In 2021, Lift’s work was disrupted by a law mandating that teens seeking judicial bypasses file in their parish of residence. Previously, they’d had the option of filing in the same location as the clinic where they’d sought care, often Shreveport or New Orleans.

“The change to the law was significant in that now… minors are going to court in their hometown,” Erenberg says. That could mean encountering people they knew from their communities, compromisi ng their privacy, or, in particularly smaller parishes, facing judges who hadn’t heard judicial bypass cases before.

“It’s a whole different level of risk,” she says.

In response, Lift has worked to bring attorneys in-person to each parish where a minor has a judicial bypass case, but it isn’t always possible, says Erenberg. And even when it is, the process often exposes young people to probing questions about their sex lives and decision-making, and can compound the difficulty teens already encounter when seeking abortion.

In 2021 — around the time SB8 was first introduced in the Texas state legislature — Jane’s Due Process launched a podcast, Jane Is Not a Virgin, spotlighting minors’ experiences navigating the judicial process.

The podcast’s contributors, who had all gone through the judicial bypass process as minors, described appearing in front of a judge for approval to have an abortion as an intimidating and even traumatic experience, akin to “an interrogation” or “a test you have to ace” that induced feelings of shame and even betrayal. “It was so traumatic to have someone who knows absolutely nothing about our lives be determining our entire future,” said one of the hosts.

Adult advocates agree, and many argue that minors should simply have the same rights to abortion as adults. “Creating barriers for people that already have so many barriers erected and so many other issues that they’re struggling with… it seems like a really unfair thing to put them through,” says Erenberg.

It can even affect youth who do have parental support. Mariappuram recalled one judicial bypass case from around the time Texas’ six-week abortion ban went into effect. It involved a minor whose parent supported her decision to have an abortion, but was incarcerated.

When Jane’s Due Process arranged for an attorney to go to the jail to get a signoff for the abortion, the parent had been placed in administrative segregation and couldn’t have visitors. “So then that young person had to go through the whole bypass process, even though she had a parent who did consent,” Mariappuram says.