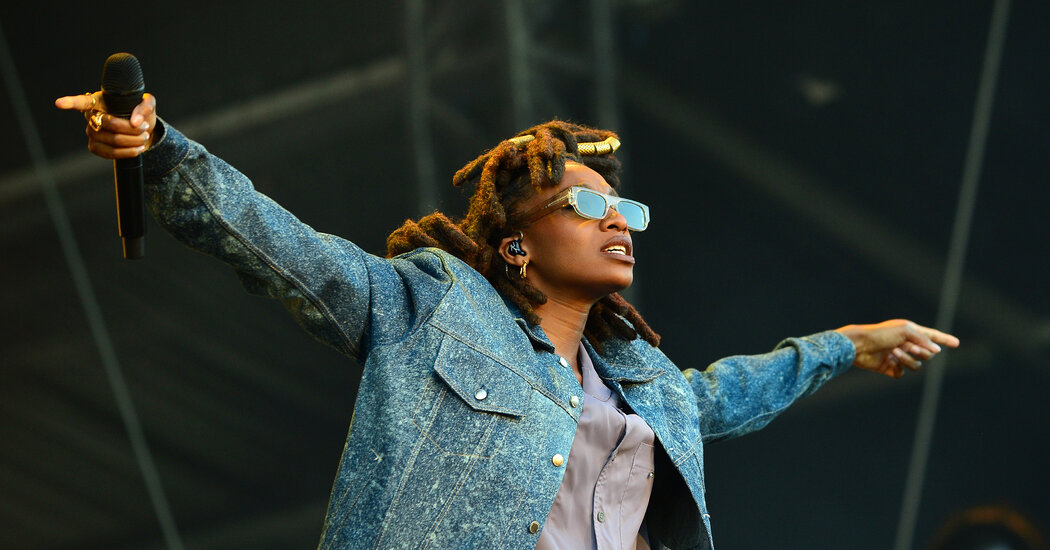 Space Age’s members joined in on Little Simz’s debut album “A Curious Tale of Trials + Persons,” which she released when she was 20: Arcé recorded additional vocals, and his brother, Josh, helmed the production on several tracks. The album is a reflection on fame and its effects on the human spirit, with Little Simz adopting new personas on different songs, each one a character at a different stage of their journey to celebrity. How about that as a statement of intent?

With the release of “Sometimes I Might Be Introvert,” Little Simz said she was ready to move to the next level: “There’s just something in the air.” Featuring interludes voiced by Emma Corrin, who played Princess Diana in “The Crown,” the 19-track album is an odyssey through Little Simz’s inner conflicts and joys. Bringing together influences including lackadaisical neo-soul and ’80s electro funk, it has the scope and spectacle of a West End production.

Little Simz recorded the album in Los Angeles, working with Dean Josiah Cover, 33, who produces under the name InFlo. He is, like the members of Space Age, both a childhood friend and a persistent influence on her music. The two have been collaborating since Little Simz was a dream-driven teen, in 2008.

“When I listen to the stuff we made back then, it sounds almost like ‘Sometimes I Might Be Introvert,’” she said. Both artists’ tastes and sound palettes are far-ranging, taking in hip-hop, jazz, R&B, punk and soul. “We literally have a brother-sister relationship,” Little Simz said. “I annoy him, he annoys me. But we make great music together,” she said, describing their creative process as a safe space: “Whatever you feel, it’s between these four walls, and if it goes on the record then it does, if it doesn’t, it doesn’t. Shout, scream, cry, whatever it is.”

With all that space for self-examination, Little Simz’s ambitions didn’t go without self- scrutiny: “Why the desperate need to be remembered? Everybody knowing what you’ve done, how far you’ve come?” Little Simz raps on “Standing Ovation,” one of the new album’s tracks.

In the interview, she said she was willing to sacrifice a lot for the big time she saw coming, not least her privacy. “If I didn’t do music, no one would know who I am,” she said. The comfort of invisibility appealed to her introverted side, but she has struck a bargain: “I’m not going to be nameless. I want my music to be known, I want my music to be heard, I want to tell my story.”