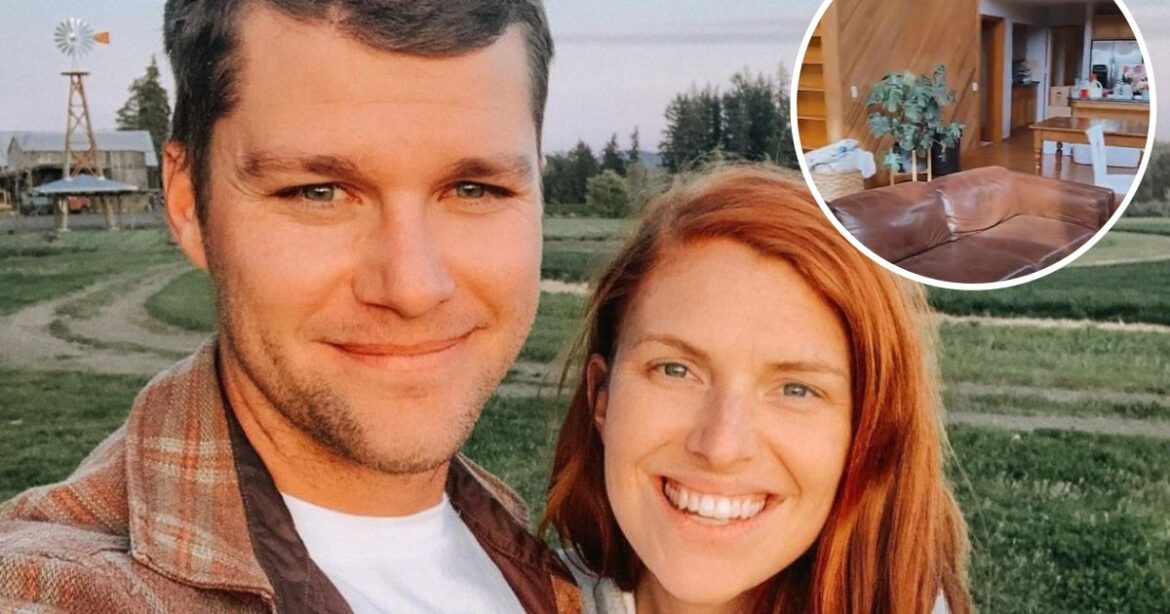 “Got one almost empty truck,” Audrey, 31, said via her Instagram Story while giving fans a glimpse into moving day on Wednesday, August 17. “On the other side,” the text over the video clip read as they arrived at their new home.

Though the couple admit to having “a lot of work to do to bring [their] vision to life,” Jeremy, 31, and Audrey gave fans a peek into their fixer-upper.

As In Touch previously reported, the Roloffs’ new Hillsboro, Oregon, home is 4,414 square feet and sits on more than four acres of farmland at the end of a secluded street. In addition to the main house, the property features a 1,660-square-foot detached structure that can be used as a workshop or a guest house with its own full bath and kitchenette.

“After a two-year search spanning all over the state of Oregon … IT. IS. TIME,” Audrey shared about their $1.5 million purchase via Instagram on June 12, days after In Touch first reported the news. “We bought a farm! And look what’s in our backyard Yup, that’s our trestle.”

“If you read our book (or even just looked at the cover lol) you know the significance that this train trestle has played in our love story and lives. It’s where Jer asked me to be his girlfriend, it’s where he asked me to marry him, it’s where we took the photo for the cover of our New York Times best-selling book, and it’s within walking distance of my parent’s property,” the Oregon native continued.

Days before moving their family into the farmhouse, the mother of three gave fans an update alongside a sweet video of herself and husband Jeremy cheersing “to the long road ahead.”

“Took this video of us doing our ‘lock it in’ cheers the day we closed on our farm … but every day since then we’ve discovered more problems and things that need fixing,” she wrote on August 12, just five days before moving trucks arrived.

Audrey later reacted with three heart emoji after one fan commented, “Creating your own path is the best way to go.”

The couple, who share daughter Ember and sons Bode and Radley, decided to forge their “own path” after their dream of owning Jeremy’s family farm fell through.

“Jer and I hoped to take over his parents’ farm (or a portion of it) since he was a child. It was something he was led to believe was possible. He made it very known to his family and publicly on TV,” the former reality star shared via her Instagram Story on June 1. “It became a mutual dream when we got married, and we started working towards it.”

“We realized that Jer’s family was not actually as aligned in the progression towards us acquiring it as we thought they were,” she recalled. Jeremy’s father, Matt Roloff, ultimately decided to put 16 acres of Roloff Farm up for sale.

Now that the family of five has moved into their new home, keep scrolling to see inside their stunning farmhouse.