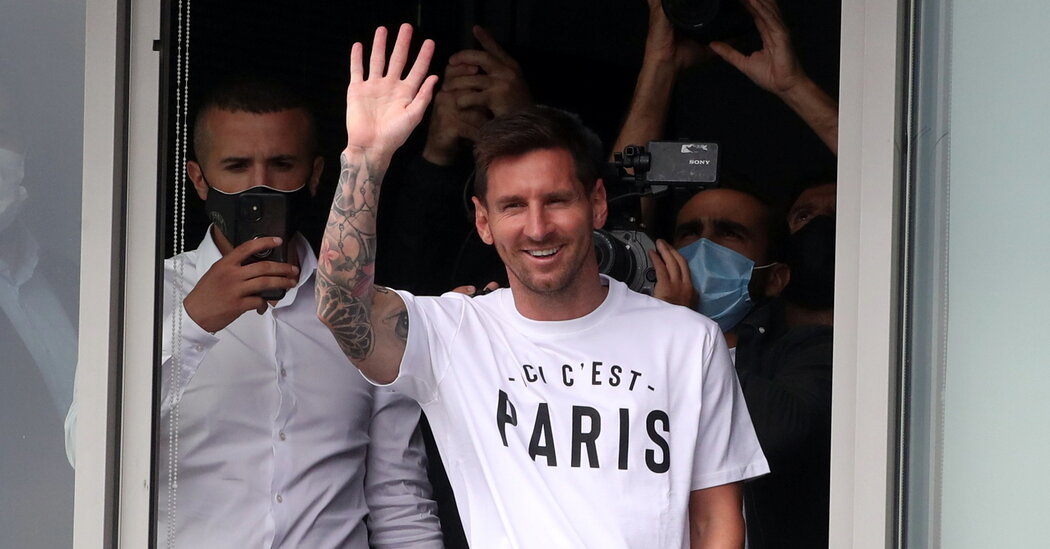 P.S.G. and City have been investigated by European soccer’s governing body, UEFA, for breaching financial regulations, but each has managed to avoid significant penalties by successfully appealing cases to the Court of Arbitration for Sport. Its hand strengthened by those successes, P.S.G.’s influence in the corridors of power has only grown.

Its president, Nasser al-Khelaifi, now sits on UEFA’s board and serves as president of the influential European Club Association, the umbrella body for more than 200 top-division teams across Europe. He is also the most senior official at BeIN Media Group, the Qatar-based broadcast network that is the largest buyer of UEFA broadcast rights.

The talks between Messi’s representatives and P.S.G. appear to have taken place at the same time the player and Barcelona were trying to come to an accord. According to Barcelona’s Laporta, Messi had agreed to a five-year contract with the Spanish club before it became apparent he could not stay because of the financial hurdles put in place by the Spanish league.

With its debts mounting, its revenues still crippled by the pandemic and La Liga unwilling to offer relief, Barcelona had no choice, Laporta said, but to let its best player go.

“The club is over 100 years old and it’s above everyone and everything, even above the best player of the world,” Laporta told a news conference on Friday, saying of Messi, “We will always thank him for everything he’s done for us.”

The concerns about financial viability that troubled Barcelona clearly did not apply at P.S.G., which reached a deal with Messi almost as soon as he hit the market.

For Qatar, Messi’s signing is a coup timely for reasons that extend well past P.S.G. The country will host soccer’s World Cup late next year, and having Messi playing, winning and wearing the colors of the tiny, oil-rich state’s showcase soccer club will surely form part of the promotion of what will be the biggest sporting event ever staged in the Gulf.