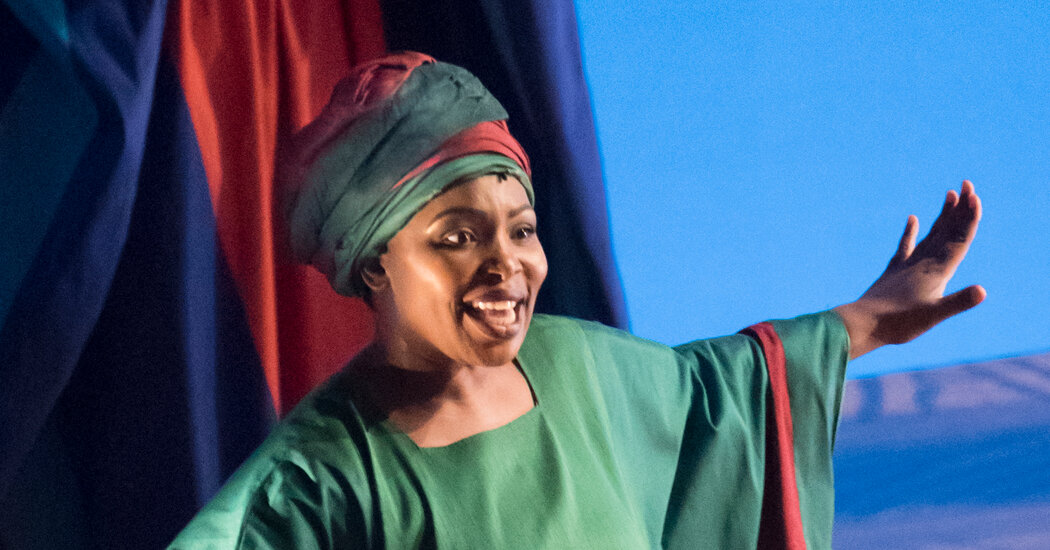 Lindiwe Dlamini has spent 24 years of her life with “The Lion King.” She was with the show when it tried out in Minneapolis, and has been in the Broadway production for its entire run.

Needless to say, the last 18 months have been jarring, and she’s happy to be back.

“Oh my God — it’s a huge one tonight,” she said. “I’m excited and anxious and every emotion you can think of. Mostly it’s really exciting to be back. We’ve been away a long time.”

In an industry that loves its superlatives, “The Lion King” has more than its share. It’s the highest grossing show in Broadway history (nearly $1.7 billion) and its worldwide grosses (more than $9.3 billion) exceed those of any film, Broadway show or other entertainment title in history.

The show has over the years had 25 productions around the world that have played to nearly 110 million people; it has been performed on every continent (except Antarctica) and in nine languages (English, Japanese, German, Korean, French, Dutch, Mandarin, Spanish and Portuguese).

All of its productions closed during the pandemic, but with tonight’s Broadway reopening there are now five productions of “The Lion King” open, and by January there should be 10, in New York, London, Paris, Hamburg, Tokyo and Madrid and touring in North America, Britain, Japan, and elsewhere around the world.

The musical, which opened in 1997 (and won six Tony Awards, including best musical) is the third longest running Broadway show (after “The Phantom of the Opera” and “Chicago”) and Dlamini is the only member of the original cast still performing in the show. She became an American citizen through the show (she is from South Africa), married another cast member and made a life around her work here; she is in the ensemble, and tonight plays a hyena, a lioness, a flock of birds and a square of savanna.

How was it being out of the show for the first time? “It was weird,” she said. “I’ve been doing this for 24 years now, and to just stop out of nowhere! I was on a bus, on my way to work, when I got the call, and I had to get off at the next stop.”

The shutdown has also been traumatic. Her husband, daughter, son and sister all got Covid (they recovered), and back in South Africa, a cousin and her husband died of the disease.

“I’ve been so worried about people back home, and I couldn’t go home and be with my family,” she said. “It was tough, and it was very emotional.”

And what is it like being back? “Really, really emotional,” she said. “It’s such a huge part of my life.”