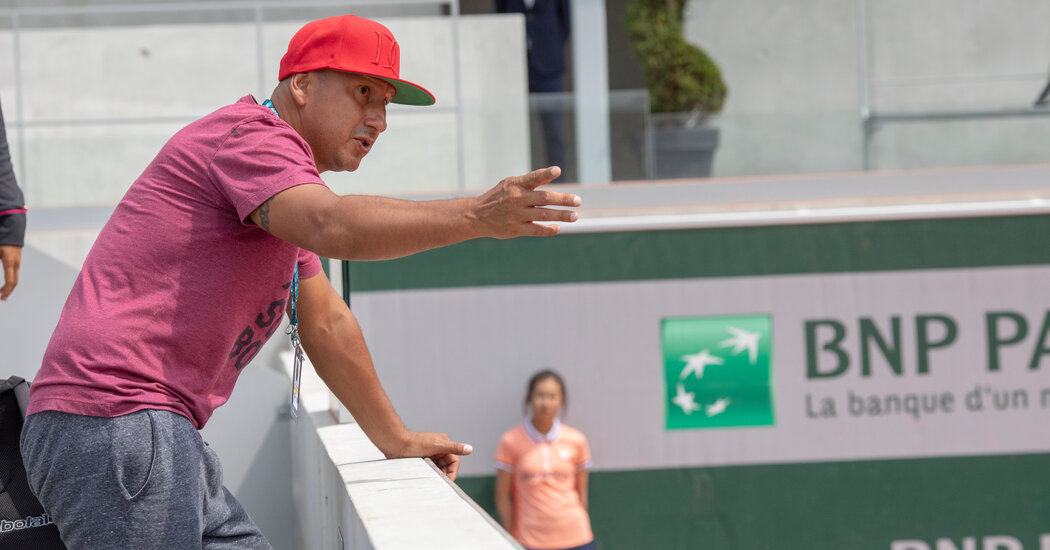 During a difficult financial period for Leylah Fernandez’s family, her parents took jewelry and watches to a Montreal pawnshop to help finance tennis training and travel for her and her younger sister, Bianca. It was not easy, but it was done without hesitation.

“When you are asking your children to work hard and sacrifice, you have to show that you are willing to do the same thing,” Leylah’s father, Jorge Fernandez, said in a telephone interview on Wednesday. “We sold our house, I sold my business. These are the things you do to help your children reach their dreams.”

A former journeyman soccer player, who learned tennis by reading and watching videos, Fernandez’s father has coached her since she was a schoolgirl. Although he never played tennis, he said he understands sports and describes himself as a tough, old-fashioned taskmaster.

Fernandez said that despite the diligence and sacrifice he had demanded of his daughters, Leylah, 19, insisted that he continue to coach her, though he said he would prefer that someone else take over. For now, he keeps the job, and though he is not at the U.S. Open, he still serves as Leylah and Bianca’s technical, strategic and motivational adviser.

The night before Leylah’s matches, they discuss tactics on the phone. The morning of the match they have another call to go over the specifics of her day, including the timing of meals and transportation, how and when she will train and warm up. Then right before the match, they speak on the phone one last time.

“That’s kind of like the father-daughter talk,” he said, and added, “A virtual hug and a kiss.”

That conversation often centers on sentiment and emotion, depending on what Fernandez senses from his daughter. He might tell her just to have fun on court — which is what he said right before she beat the third-seeded Naomi Osaka.

Sometimes, if he senses nerves from his daughter, or fear of the moment, he brings it up, he said, so that she can face the jitters and work through them.

“I know we say she’s just unbelievable with her mind-set right now,” he said. “She shows so much fight. But she is human, and she does feel those emotions.”

Before she takes the court against the 18-year-old Raducanu, Jorge Fernandez plans to motivate his daughter by acknowledging what is at stake in a Grand Slam final.

“Let’s leave it all on the table,” he said. “Let’s sweat it all out. Let’s make sure that no matter how it finishes, there are no regrets.”

Early in the tournament, when Fernandez beat Osaka and then the 16th-seeded Angelique Kerber — then No. 5 Elina Svitolina and No. 2 Aryna Sabalenka — many assumed that her fitness trainer, Duglas Cordero, who was sitting next to her mother, was her father.

But Jorge Fernandez has remained at home in Florida throughout the tournament to look after Bianca — the family moved to Florida several years ago so that Leylah could train all year on affordable public courts. Fernandez calls himself the “king of the public courts.”

Eventually, as Fernandez advanced through the women’s draw, Bianca flew to New York to join the fun. But Jorge Fernandez did not travel for one important reason: He and his daughter are “extremely superstitious,” he said.

Both father and daughter agree that there is no reason to mess with success. So he will watch the final from home, with the right pair of jeans, the right socks and underwear, and the right shampoo in his hair. His daughter has already been guaranteed $1.25 million, and could take home $2.5 million if she wins. Perhaps they can buy back the watches and jewelry they pawned so many years ago.