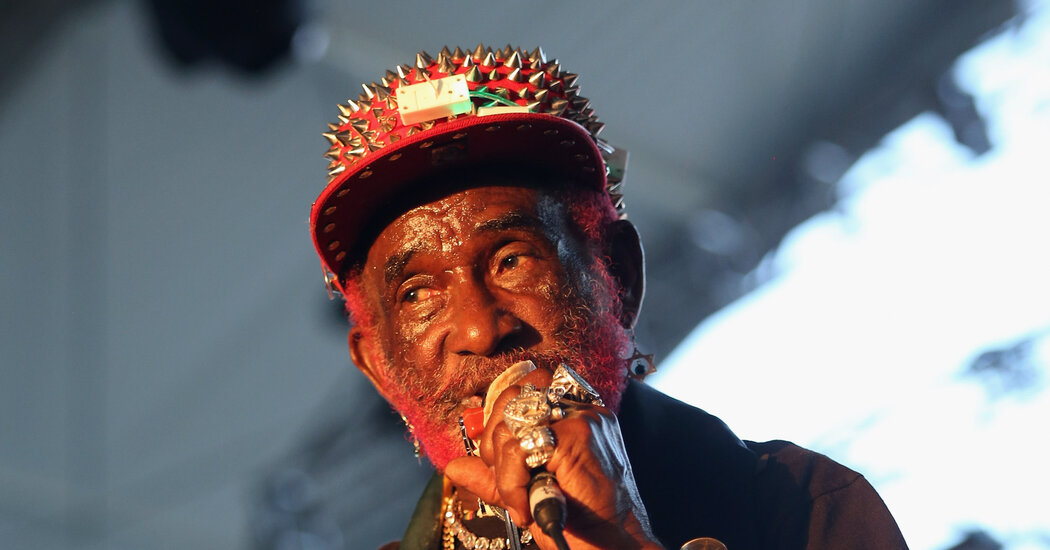 He moved to London in 1984 and resumed a copious, scattershot recording and performing career. Onstage, leading assorted lineups of the Upsetters and interspersing songs with free-associative speechifying, he stepped forward as a gaudily costumed wizard-jester-sage-extraterrestrial figure, like Sun Ra or George Clinton.

In the studio, he collaborated with producers who had been inspired by his 1970s dubs, making albums with Adrian Sherwood, Bill Laswell and, extensively, the British-Guyanese producer Mad Professor. On Sunday, Mad Professor posted on Facebook that they had enough material recorded for 20 more albums together and added: “What a character! Totally ageless! Extremely creative, with a memory as sharp as a tape machine! A brain as accurate as a computer!”

In 1989 Mr. Perry married Mireille Rüegg, a record-store owner who became his manager, and moved with her to Switzerland, where they lived until relocating to Jamaica in 2020. In addition to her, his survivors include their two children, Gabriel and Shiva, and four children from his first marriage: Cleopatra, Marsha, Omar and Marvin (Sean) Perry.

Recognition continued to grow for Mr. Perry through the decades. In 1998, the Beastie Boys featured him on their album “Hello Nasty,” employing his vocals and lyrics on “Dr. Lee, PhD.”

In 2018, he told Uncut magazine: “The reality is, all that craziness, all that madness, I made it work, because it’s nature. It’s natural grace. In nature we have the big space overhead, the big sky, the orbit. Nature is crazy! I want my records to sound as crazy as nature.”