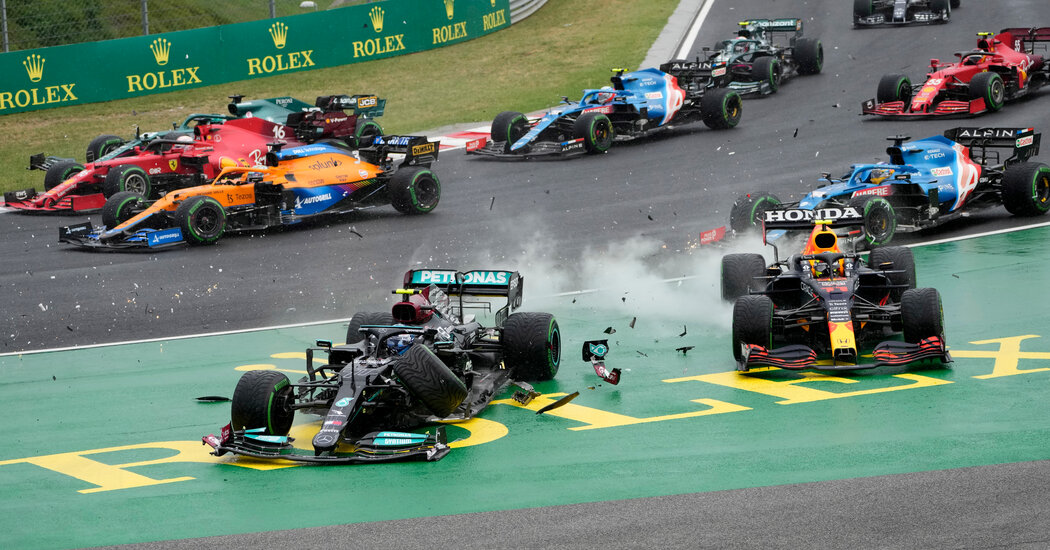 “It was so aggressive,” he said. “I have never seen Lewis drive that aggressively.”

This is, of course, not the first time that two drivers have angered each other and made their feelings so public. Some of the rivalries in Formula 1 have been fueled by the dislike of a competitor, such as between Alain Prost and Ayrton Senna, Nigel Mansell and Nelson Piquet, and most recently Sebastian Vettel and Mark Webber.

In an interview, Wolff said that from the beginning of this year the fight with Red Bull and Verstappen had been “tough.”

Wolff and Horner had been sparring in June, during the Azerbaijan Grand Prix weekend.

Horner had told Wolff to “keep his mouth shut.” At the time there was wrangling over the movement of the rear wings on Red Bull’s cars and the front wings on the Mercedes cars. The parts are not allowed to flex.

Wolff said at Azerbaijan that Horner was “a bit of a windbag who wants to be on camera.”

Later, Wolff said, “I got annoyed in Baku, and that is not something that’s normally happening to me. On reflection, I want to concentrate my focus on the team and on myself, rather than be distracted by noise.”

At the end of last season, Wolff decided to remain as team principal for three years. Last year, he was considering relinquishing the position. It is a decision he does not regret.

“It’s good fun,” Wolff said about the competition with Red Bull. “I think that until now, my toughest fights were in 2018 and 2019 against Ferrari. They were a super-tough opponent, and we struggled to perform against them.