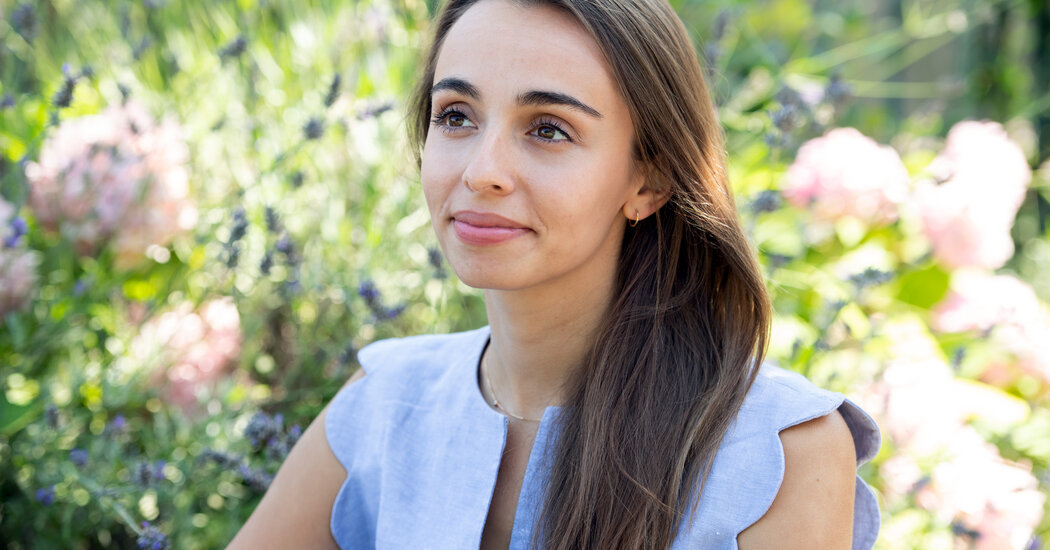 The mezzo-soprano Lea Desandre, a member of the Jupiter Ensemble, does not distinguish between the Baroque era and the age of rock ’n’ roll.

The 28-year-old has established herself as one of today’s most exciting voices in early-music performance. She also cultivates 18th- and 19th-century operatic repertoire from Mozart to Meyerbeer, at prominent houses such as Zurich Opera and the Paris Opera.

The singer has appeared annually at the Salzburg Festival, on both the opera and concert stages, since 2018. On Saturday, she and musicians of Jupiter arrive at the Stiftung Mozarteum with the program “Lettres amoureuses” (“Love Letters”). The concert of 17th-century Italian music — which the group has thus far performed in France and the Netherlands — juxtaposes arias and instrumental music from well-known composers such as Monteverdi and Handel with exciting discoveries such as Tarquinio Merula and Andrea Falconieri.

Ms. Desandre enjoys something of a symbiotic relationship with the ensemble, which was founded by the lute player Thomas Dunford in 2018. They joined forces last year for her first solo album, “Amazone,” exploring French and Italian repertoire written about the female warriors of Greek myth known as Amazons. Their next recording, scheduled for release this fall, is a lineup of numbers from Handel oratorios titled “Eternal Heaven.”

Mr. Dunford, 34, promotes a democratic spirit, taking suggestions from members of the ensemble in the curation of programs. “It’s a bit like a jazz group in that way,” he said by phone from Montreal, where he and Ms. Desandre were on tour with the ensemble Les Arts Florissants (the two met performing with that group in 2015 and maintain a close relationship with its founder, William Christie). “It’s people who love spending time together and working on the music.”

For Jupiter’s first album, “Vivaldi,” the members started a poll on Facebook asking about friends’ favorite arias. In another surprising twist, each of Jupiter’s albums ends with a newly composed surprise track: For “Amazone,” Mr. Dunford contributed “Amazones,” a song that addresses the importance of environmental consciousness.

Mr. Dunford, a French native with American roots, cited Jordi Savall, a player of the viola da gamba (with whom both his parents studied), and Mr. Christie as among the trailblazers who set the stage for today’s generation of players. “The best lesson we can learn is to be authentic and passionate,” he said. “Because we don’t really know what Vivaldi sounded like [in his time] — we can just understand his music in a logical way and put our personalities into it.”

Ms. Desandre contributes a particular affinity for Italian Baroque music. The singer, who is of French-Italian heritage, left the conservatory track to study with the contralto Sara Mingardo in Venice, who had access to unpublished manuscripts by Vivaldi, along with works by rarely heard composers.

Spiritual songs by Tarquinio Merula quickly became a starting point for “Lettres amoureuses.” In “Hor ch’è tempo di dormire” (“Now That It’s Time to Sleep”), the text hovers between tenderness and violence as the Virgin Mary has a vision of Jesus’ crucifixion while rocking him as a baby.

Ms. Desandre compared the music to “a beating of the heart” or a kind of spiral. “She says ‘sleep peacefully,’ but she knows that something tragic is going to happen,” she explained.

Her studies with Ms. Mingardo were based on a holistic, rather than technical, approach to vocal studies. At a certain point, Ms. Desandre said, she was advised to “go out and have a good time, find a boyfriend and live — so that you can transmit this experience onstage.”

Further singer-mentors include Natalie Dessay (who inspired Ms. Desandre to enter the profession when she saw her on television at age 12), Vivica Genaux, Véronique Gens and Cecilia Bartoli. The latter two singers perform on “Amazone”; Mr. Christie also joins for an instrumental work by French composer Louis Couperin.

“The album is a kind of homage to key people in my life,” Ms. Desandre said. The singer also personally chose the photographer, Julien Benhamou, who works with dancers at the Paris Opera, to create the cover art.

This is also a nod to Ms. Desandre’s training as a ballerina, which she says allows her to let go physically onstage. “It is one of the best ingredients for singing,” she said. “To be anchored and not become mentally stressed.”

For her Salzburg Festival debut in 2018, the director Jan Lauwers gave her full artistic freedom to dance onstage while singing the comprimario roles of Amore and Valletto in Monteverdi’s “L’incoronazione di Poppea.” The singer said that, if Paris was the city in which she was born and raised, Salzburg had become a “city of the heart, because I found a kind of family there — people who are willing to take risks with me.”

A lover of nature, she also pointed to the city’s inspiring landscape. “To leave rehearsals and find oneself in front of a mountain and surrounded by greenery in five minutes is extremely nourishing,” she said. “These are moments of communion which allow us to connect with our energy, center ourselves and be very focused.”

Singing the role of Despina in a production of Mozart’s “Così Fan Tutte” that took place at a scaled-down Salzburg Festival in August 2020, amid the coronavirus pandemic, remains a particularly strong memory. “There was an intensity during rehearsals,” she recalled. “Of remembering why we love to make music and be together.”

A similar spirit drives the Jupiter Ensemble. The group’s members take the time to work on a program until it comes to full maturation, and they always live in the moment.

“There are also the experiences we share offstage,” Ms. Desandre said. “Which means that when we perform, we take confidence in each other, we listen to each other, we adore each other. We want to share this happiness with the audience.”