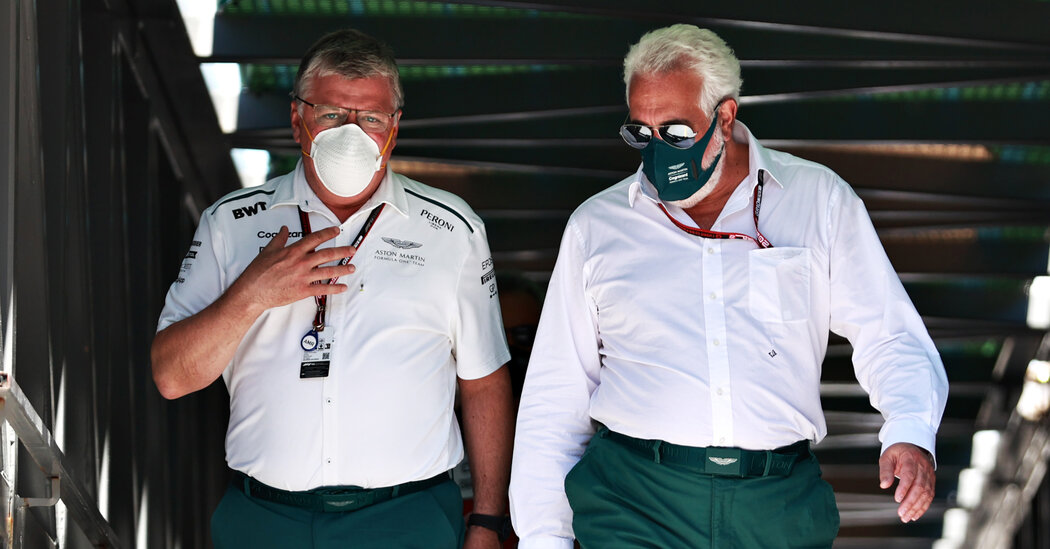 Lawrence Stroll, owner of the Aston Martin Formula 1 team, is a man on a mission.

Three years ago, Stroll, a Canadian billionaire, along with his “closest, dearest friends and business associates,” bought the Force India team and saved it from administration. It was renamed Racing Point, which finished fourth in the team championship in 2020.

In January 2020, Stroll and his consortium also acquired 16.7 percent in the automaker itself. That stake was raised to 25 percent a few weeks later, and Stroll became executive chairman of Aston Martin a few months later.

Under the agreement, Racing Point became the Aston Martin team this year, which returned to Formula 1 for the first time since 1960. Stroll wants to win the world title in “four, five, six years,” he said.

“As with every other business I own, my goal is to win,” said Stroll, who once held stakes in Tommy Hilfiger and Michael Kors. “In this case, winning in Formula 1 means world championships, and ultimately that’s what we are striving for, what I am striving for.

“Of course, we all know that success in Formula 1, or any other business, for that matter, doesn’t come overnight. It takes years to put the right people, the right tools, the right processes in place.”

The team will move into a new factory, adjacent to its headquarters at the Silverstone track northwest of London, in early 2023.

At “great expense,” Stroll said, they decided to build a wind tunnel, which they hope to have working before the start of the 2023 season.

Since late 2019, the team has leased time in a wind tunnel owned by Mercedes, which supplies its engines. It runs a 60 percent scale model of a Formula 1 car to study how air moves over it.

When Stroll took over, Force India had 400 employees. That has risen to 500, but a major recruitment drive is underway, with plans “to push that number to approximately 800 people,” Stroll said.

The team’s most significant recruit, the four-time champion Sebastian Vettel, was signed last September. Stroll said Vettel was the team’s “most expensive employee.”

Ferrari announced before the start of last season that 2020 would be Vettel’s sixth and final year with the team and replaced him with Carlos Sainz. Stroll’s son, Lance, who has finished on the podium three times, is Aston Martin’s other driver.

Otmar Szafnauer, the team principal, has said Vettel has rediscovered his love of Formula 1 after a difficult final year with Ferrari.

“At the beginning, before Seb came here, he said, ‘Look, the reason I want to come is I want to enjoy racing again,’” Szafnauer said in an interview.

“If you ask him, which I often do, he’s at a point now where he enjoys racing again, which is good. That’s exactly what he wanted.”

The goal of becoming world champion has only just started for Szafnauer.

“It’s exciting building something from now through to four or five years’ time when, hopefully, we’ll be winning world championships,” he said. “But at the same time, it will be hard work.”

Stroll said for his team to win it needed four things: the tools, which it will have with the factory and wind tunnel; the people, as the team doubles its work force; the processes, he cites as “discipline, management and winning culture, something I’ve been able to instill pretty well in my previous organizations.

“Last, you need the financial muscle and power to be able to fund Points 1, 2 and 3,” he said. “So we check all the boxes of how we’re going forward, and with a very clear vision.

“I’ve not made a significant investment in this company not to be fighting for world championships, so we’re going to do whatever it takes, in the rules obviously.”