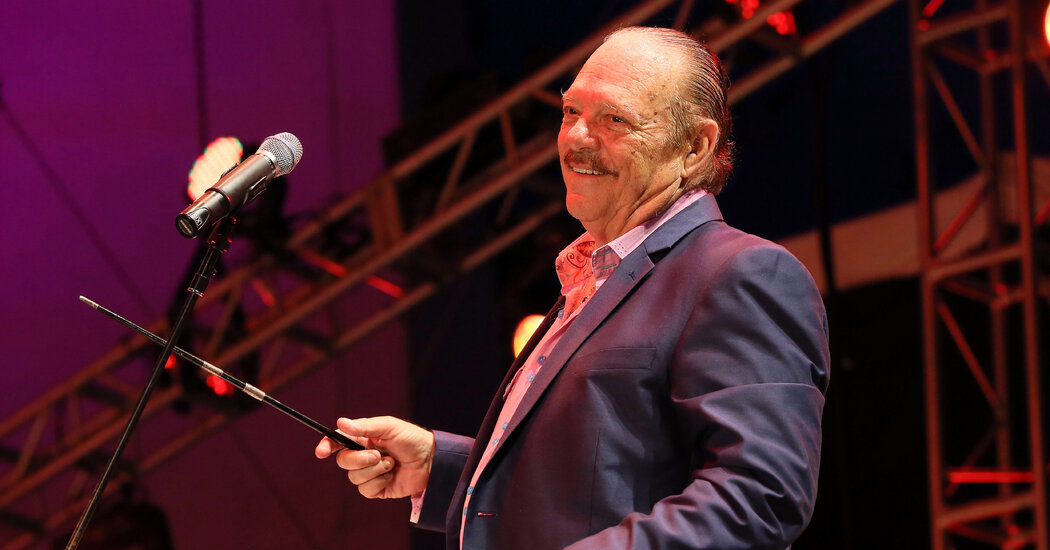 Lawrence Ira Kahn was born on March 20, 1939, in Brooklyn. His mother, Rose Sherman Kahn, was an opera singer, and his father, Nathan, was a bass player and bandleader who used the stage name Buddy Harlowe, from which Larry later derived his own stage name, dropping the E.

He began studying piano when he was about 5, and he also absorbed musical influences by lingering backstage at the Manhattan nightclub the Latin Quarter, where his father led the house band. The club was owned by Lou Walters, whose daughter would also sometimes hang out there — Barbara Walters, the future television journalist.

“When I was a kid, 10 or 11 years old, Barbara and I used to sit in the booth next to the spotlight,” Mr. Harlow told The New York Times in 2010, “and we saw every show that came in there, Dean Martin and Jerry Lewis, Joe E. Brown, Sophie Tucker.”

His first interest wasn’t Latin music. It was jazz. But, he said, he wasn’t welcomed in jazz circles. “So I went into the next closest thing,” he told The South Florida Sun-Sentinel in 2009, “where I could still improvise and stretch — Latin music — and I got really good at it.”

But that took some time. Mr. Harlow had been introduced to Latin music as a boy, when his father would play the Catskills, where the Jewish vacationers loved to dance the cha-cha and mambo. But by the time he was walking to high school, the music he was hearing coming from those bodegas was growing more complex. While he was still a teenager, a bandleader named Hugo Dickens invited him to play piano in his Latin band, but the first time Mr. Harlow took a solo, Mr. Dickens gave him a blunt review: He was terrible.