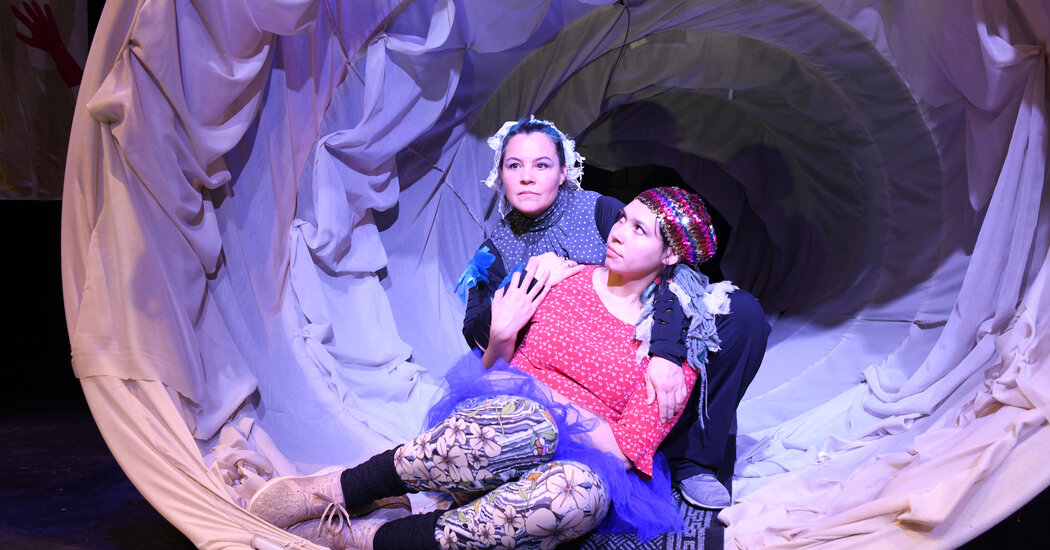 The world premiere of James E. Reynolds’s “History/Our Story: The Trail to Tulsa” will run Dec. 9 through Dec. 12. Dance, music and spoken word performances will examine the centennial of the Tulsa Race Massacre, one of America’s deadliest outbreaks of racial violence. There will be a post-performance audience discussion following the show.

In January, La MaMa, HERE Arts Center and the Prototype Festival will present the world premiere of Talvin Wilks and Baba Israel’s “Cannabis: A Viper Vaudeville,” exploring the history of the plant through music, dance and spoken word. Also in January, the choreographer and director Martha Clarke’s “God’s Fool,” an interpretation of the story of St. Francis of Assisi, will have its world premiere.

The world premiere of “Misdemeanor Dream,” a Native American adaptation of “A Midsummer Night’s Dream,” will open in March. The production, which has a cast of 20 Indigenous actors, will be performed by Spiderwoman Theater, an all-women Native American company, and directed by Muriel Miguel, the company’s founder and artistic director.

Later in the spring, Qendra Multimedia, a Kosovo-based cultural organization that focuses on contemporary theater and literature, and La MaMa’s Great Jones Repertory Company will present the U.S. premiere of “Balkan Bordello,” a play aiming to expose the fragility of democracy within the framework of Aeschylus’ tragedy Oresteia. And concluding the season, in May, will be the New York premiere of Elizabeth Swados’s reimagined musical composition “The Beautiful Lady,” which adapts the words of Russian poets who lived and performed in St. Petersburg during the 1917 Russian Revolution. It will be directed by Anne Bogart, one of the founders of SITI Company, which will take its final bow in 2022.

Audience members must show proof of vaccination to attend performances, and masks are required at all times. Children under the age of 12 are welcome, but must be masked. For more information, visit lamama.org.