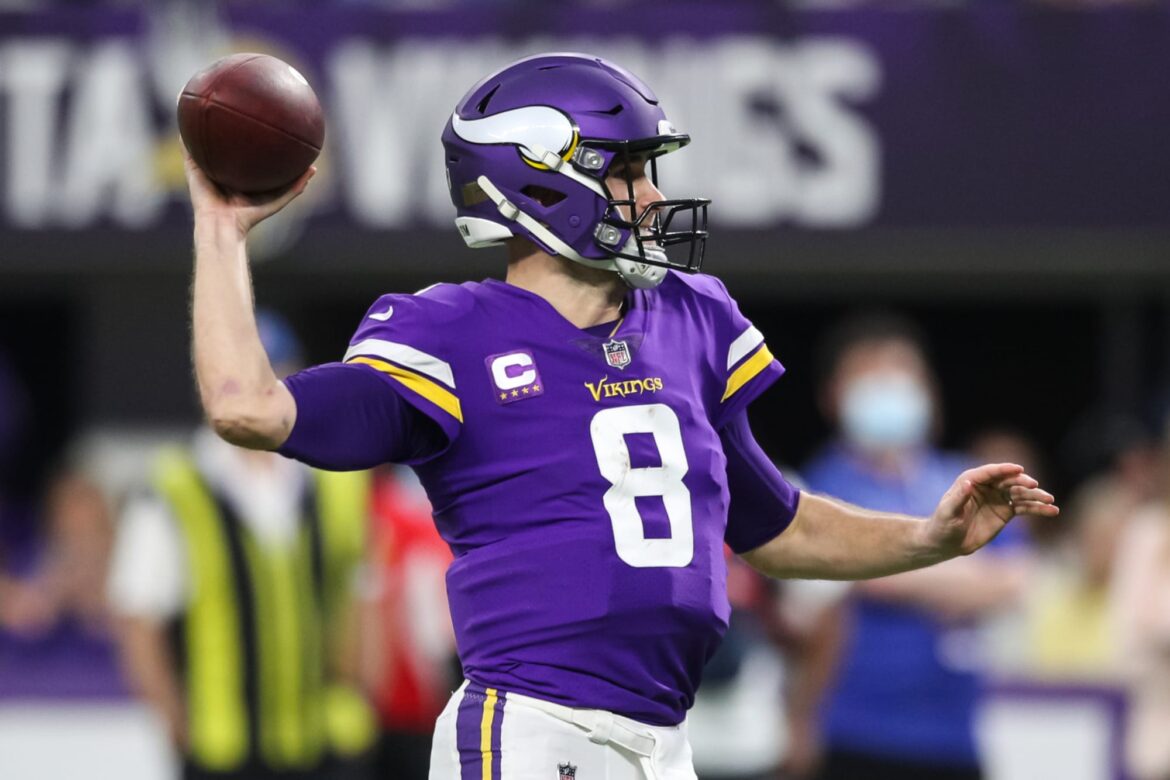 Kirk Cousins has tested positive for COVID and will not play in the Minnesota Vikings’ first preseason game vs. the Las Vegas Raiders on Sunday afternoon.

NFL fans will have to wait a little bit longer to see how Kirk Cousins looks in Kevin O’Connell’s offensive system, as the Minnesota Vikings starting quarterback has tested positive for COVID.

The Vikings are playing their first game of the preseason at the Las Vegas Raiders on Sunday afternoon. While more and more teams opt to not play their starters very much, if at all, during the preseason, this is O’Connell’s first stab at being an NFL head coach. While Cousins is expected to flourish in this new offensive scheme, he has been ruled out because he has not gotten the jab.

Cousins is one of a few starting quarterbacks in the league who is unvaccinated.

He infamously said, “If I die, I die,” when it came to him possibly contracting COVID…

While the NFL is lessening its COVID policies entering its third season of navigating the global pandemic, there is no reason for an unvaccinated player who contracted it to be out there in a meaningless preseason game. Though Cousins will have immunicorn status for the next few months once he tests out, Minnesota cannot afford to have yet another non-playoff season.

Given that the NFC is down as a whole as a conference, anything short of being a top-seven team and missing the playoffs should not be tolerated in the Twin Cities. While this is O’Connell and general manager Kwesi Adofo-Mensah’s first years on the job, they inherited too much talent to not be in the playoff mix this season. Minnesota is expected to compete in year one under them.

Ultimately, Cousins already knows what type of offense O’Connell wants to run from their days working together in Washington. However, this is a new system for many of the Vikings players, as they were drafted by the organization that was led by a defensive-minded head coach Mike Zimmer, who always preferred to implement a conservative, ground-centric offensive attack.

Should Cousins test out, he could make his Vikings return ahead of their next preseason game.