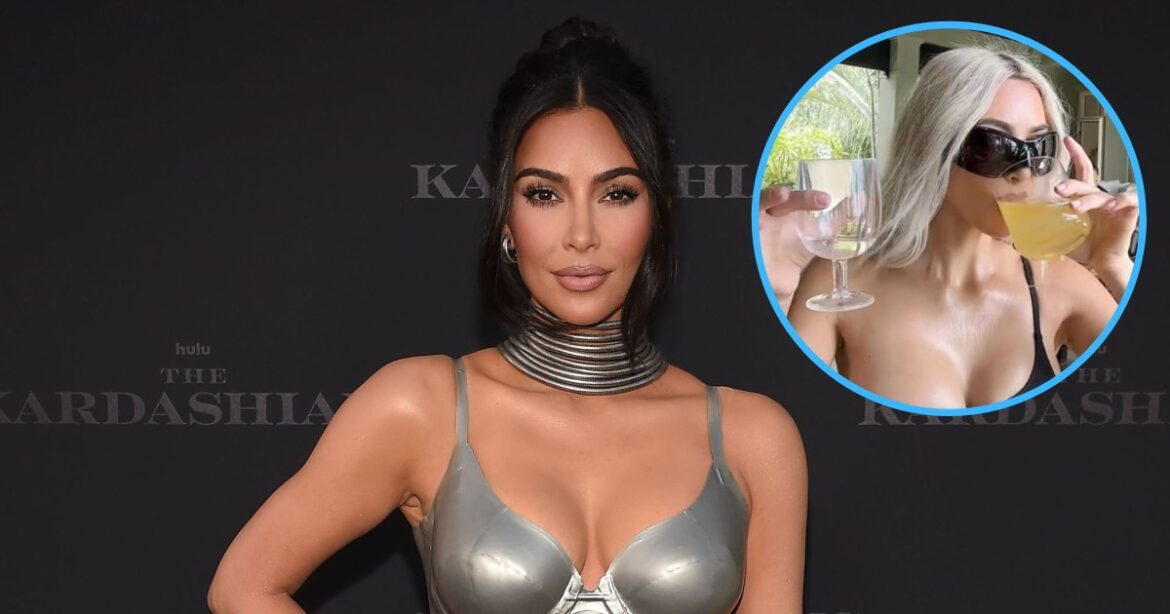 The Skims founder, 41, was seen wearing her full two-piece outfit with matching sunglasses in a TikTok video shared by Kylie’s friend, Yris Palmer, on Thursday, August 11.

“My name is Kim, and this is my first shot,” the platinum blonde said as she held up two different drinks in her hands and drank from each glass. “This is how I do it.” 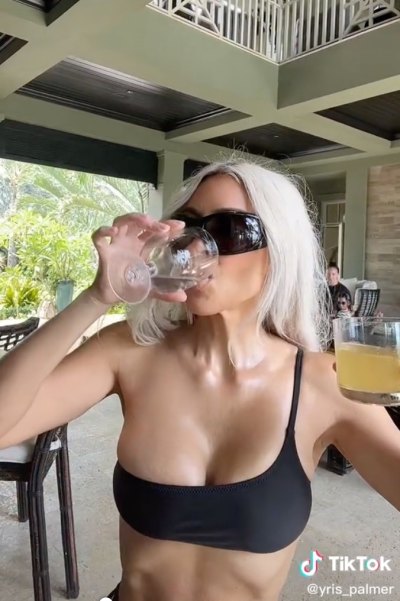 Although she showed off her party skills in the clip, the Kardashians star seemingly had a problem keeping her liquor down later on during the Kylie Cosmetic founder’s grand yacht party. In a separate TikTok shared by Kylie, 25, Kim was seen spitting out her drink back into a glass as everyone else took a shot, scrunching her face in agony after enduring the taste. 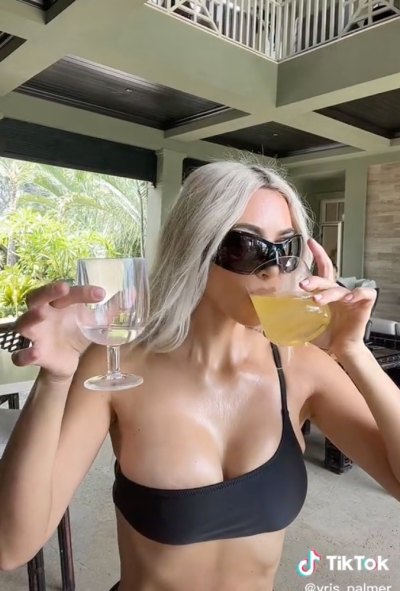 Kim’s recent night out came less than one week after In Touch confirmed that she and now-ex-boyfriend Pete Davidson had split after dating for nearly one year.

“They amicably split this week,” an insider told In Touch on August 5.

The news shocked all “Kete” fans since the fan-favorite duo first got together after Kim’s Saturday Night Live hosting debut in October 2021, in which she and the comedian, 28, shared a kiss during an Aladdin parody sketch. That November, In Touch confirmed the two were officially an item, and they were subsequently seen holding hands while out and about in Palm Springs, California, at the time. While they initially maintained a low-key relationship, Kim and Pete gradually became comfortable with showing a little PDA in public, making their romance Instagram-official by March.

They also attended several red carpet events together, including the May 2 Met Gala, and the King of Staten Island actor was even seen hanging out with Kim’s kids on a few occasions. The Keeping Up With the Kardashians alum shares her children, North, Saint, Chicago and Psalm West, with ex-husband Kanye “Ye” West.

In one episode of season 1 of Hulu’s The Kardashians, Kim opened up about her relationship with the SNL alum, admitting that she “was just basically DTF.”

Nevertheless, it appeared the former lovebirds enjoyed a sweet romance in the end. A separate source exclusively told Life & Style on February 7, “Even if the romance fizzles out someday, [Kim] says she appreciates that [Pete’s] a good, solid guy, and he keeps his word.”