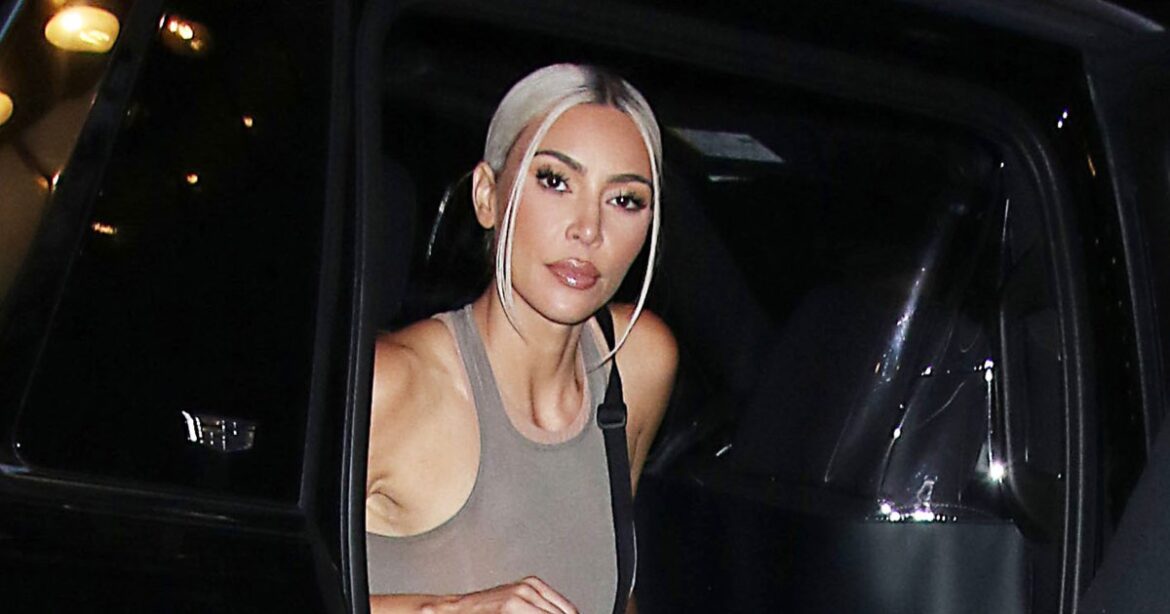 Giving the finger! Kim Kardashian flipped off paparazzi in a rare, silly NSFW public moment after taking her daughter North West to an art class.

The Kardashians star, 41, was seen smiling in one picture alongside her 9-year-old daughter outside, according to photos obtained by The Sun. North wore a graphic Balenciaga T-shirt and ripped jeans and her mama donned a black and white athletic outfit. However, after dropping her eldest child off at the class, Kim was spotted sticking up her middle finger while getting into her car.

The Skims founder’s hand gesture was a rare moment for her, as she typically poses for photographers while out and about or doesn’t acknowledge them from time to time. Either way, Kim isn’t shy when it comes to the cameras.

More than one week prior, she dropped her new Skims swimwear line by modeling a few sultry micro bikinis and thongs.

“I’m so excited to announce swim,” she said in an Instagram post on July 25, showcasing the new line of bathing suits and coordinating towels from her brand. She continued to describe what has been added to the collection, explaining that “we’re always gonna add some new colors. So, instead of the blues, we’re gonna add white and pink.”

The Hulu personality then proceeded to try them on for her followers to see while also giving tips on how to wear them.

Aside from managing her shapewear company, the mom of four has also had a busy summer so far with her four children — North, Saint, Chicago and Psalm — whom she shares with ex-husband Kanye “Ye” West. Although Kim has made it a point to prioritize her kids above fame, she has taken them all out in public for fun family outings.

On July 22, Kim and daughter Chicago, 4, and nieces Penelope Disick, True Thompson and Dream Kardashian were seen supporting North at her basketball game in a photo shared by pal Natalie Halcro via her Instagram Stories. One week beforehand, Kim posed with all four other children in a scenic beach photo shoot, which she shared via Instagram.

That week, the Keeping Up With the Kardashians alum also took her two daughters to the American Dream Mall in New Jersey for a girls’ day out. Mallgoers and photographers spotted the famous trio enjoying various attractions, such as the rollercoaster, but they didn’t seem bothered by the attention.

“Yesterday at the coolest mall ever!” Kim wrote via her Instagram Stories on July 12. “American Dream in Jersey.”