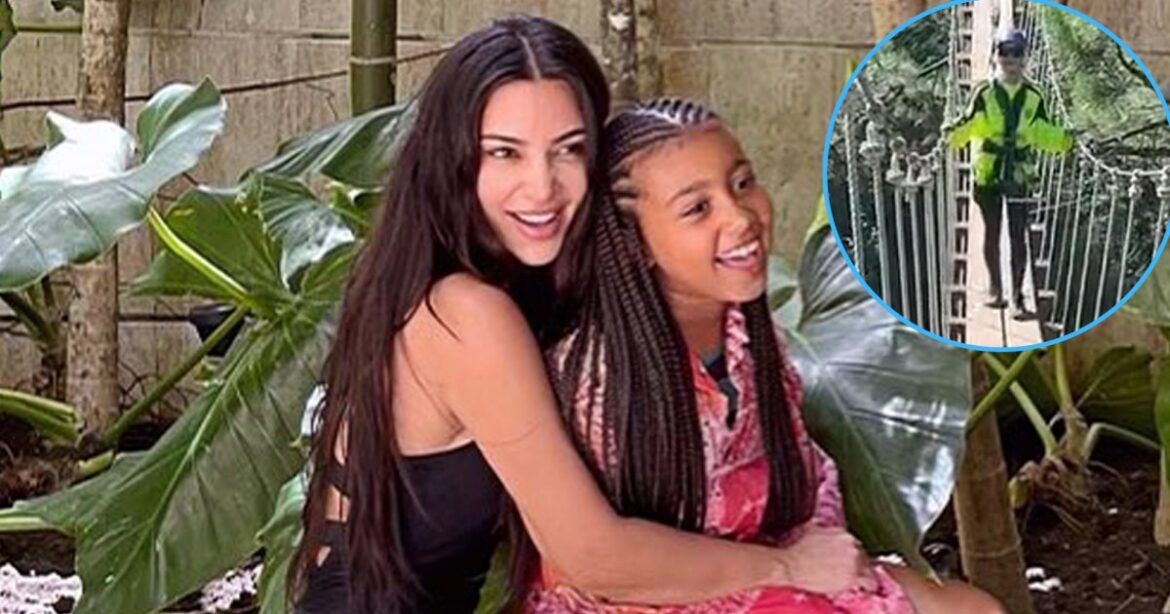 Afraid of heights? Kim Kardashian playfully scolded her daughter North West after going ziplining together and having to walk across a bridge high up in the air.

“Ever again. No one’s ever talking me into doing this again. Do you hear me?” the Kardashians star, 41, was heard warning her 9-year-old child in a TikTok video on Sunday, August 14. In that moment, Kim walked across a rope bridge slowly, as she appeared to be located pretty high above the trees for the daring excursion. During their day out, she wore a sporty neon jacket, black leggings, sunglasses and a blue helmet for protection.

As North captured the moment of her mom’s stern and frightened warning, North was heard simply responding, “OK,” before the mother-daughter duo continued their adventure in the surrounding forest.

Despite the seemingly scary moment, it appeared they had fun together, as they teased the camera by saying, “One more,” referring to one last swing through the trees. 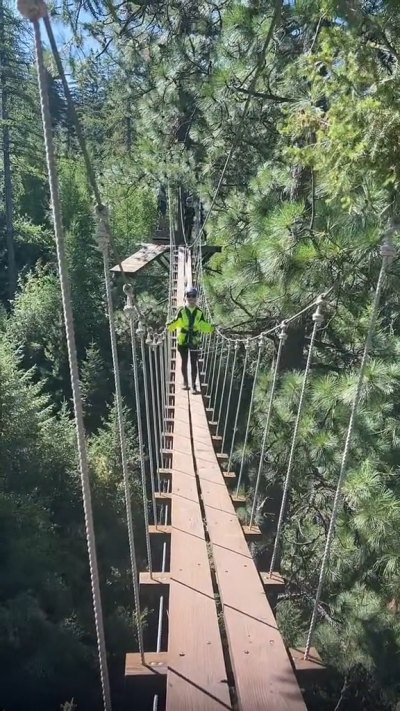 The Skims founder’s eldest daughter has had a busy summer so far, as their daredevil experience comes three weeks after several Kardashian-Jenner family members cheered on the kiddo at her basketball game. Kim, of course, was present for the event, as she was spotted in a picture shared via Instagram Stories by a pal on July 22. 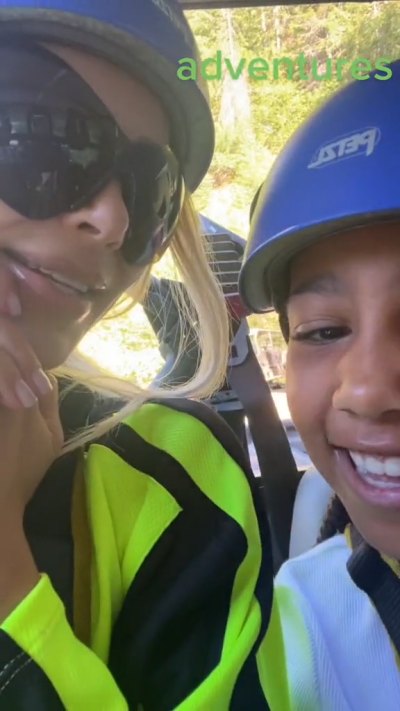 Kim has been bringing her children out on multiple outings over the summer. In addition to North, the Hulu personality shares kids Saint, Chicago and Psalm with ex-husband Kanye “Ye” West.

On July 12, the mom of four brought North and Chicago, 4, to the American Dream Mall in East Rutherford, New Jersey, for a girls’ day out. The destination is packed with several attractions, including rides and sweet treats.

“Yesterday at the coolest mall ever! American Dream in Jersey,” Kim wrote via her Instagram Stories that day.

After they arrived at the location, mallgoers saw the trio enjoying a rollercoaster ride together and snapping pictures in a nearby photo booth. Kim even enjoyed indoor skiing with her daughters, informing her social media followers it was her “dream come true” in a separate Instagram Story.

However, Kim hasn’t forgotten about her two sons — she also took Psalm, 3, and Saint, 6, to the same amusement establishment in June. That month, the Keeping Up With the Kardashians alum brought her boys along to an appearance on The Tonight Show With Jimmy Fallon in New York City, where she didn’t hesitate to discipline her kids right in front of the audience when they were apparently making noise backstage.