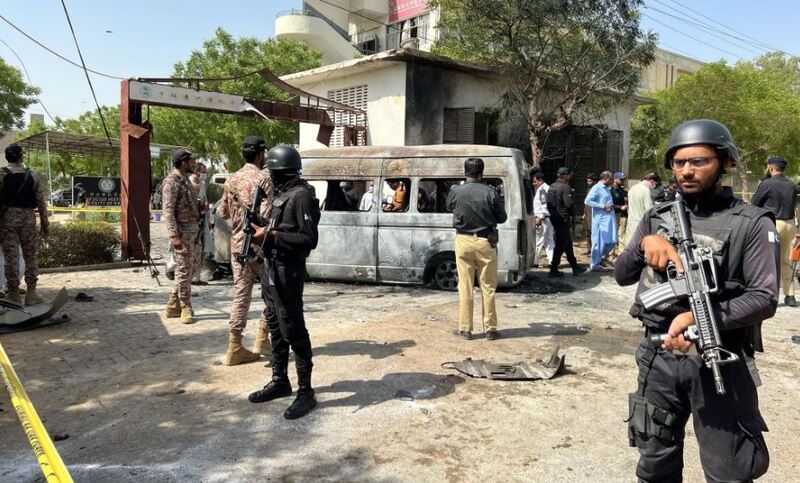 The bomber struck shortly after noon in front of the Commerce Department of Karachi University in Pakistan. At least four people were killed in an explosion on Tuesday, Dawn News reported, citing the Sindh police chief.

One video shows police and rescue workers on the scene.

According to the rescue agency, a cylinder exploded in a Hayes vehicle near Maskan Chowrangi (a site of Karachi University). However, police have not yet commented on the nature of the blast.

The Sindh Chief Minister directed the Anti-Terrorism Department and SSP East to reach the spot. He directed that the injured be shifted to Doo Medical University for better treatment.
Source: Dawn News.