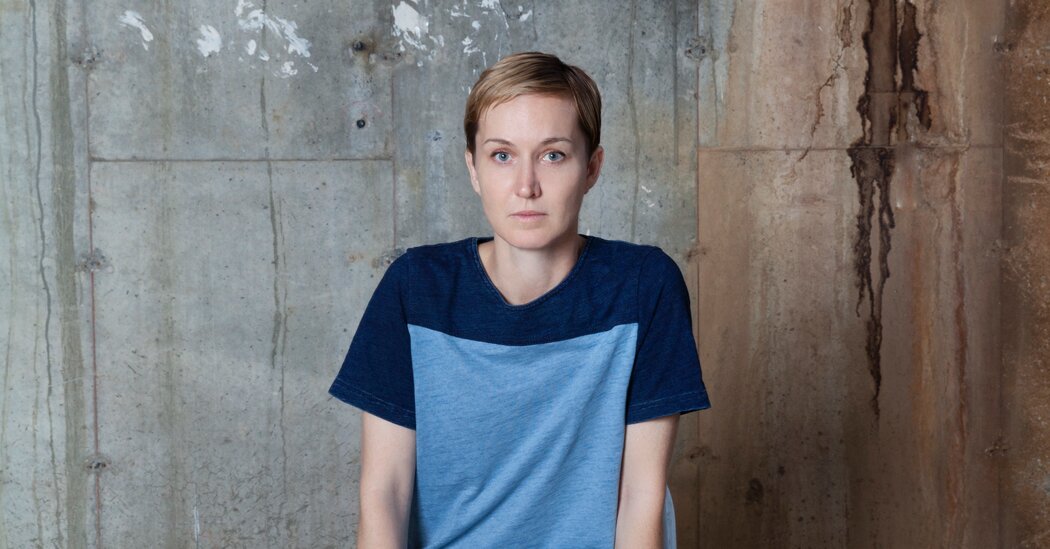 Kaari Upson, an American artist whose uncanny sculptures, videos, drawings and performances probed the dark sides of domesticity and desire, died on Wednesday at a hospital in Manhattan. She was 51.

The cause was metastatic breast cancer, said Claire de Dobay Rifelj, a director at the Los Angeles arm of Sprüth Magers, the gallery that represents her.

Ms. Upson, one of the most significant artists to emerge from the vibrant Los Angeles art scene this century, won early attention for “The Larry Project,” an open-ended phantasmagoria based on the life of an unknown neighbor of her parents in San Bernardino, Calif., who had abandoned his McMansion. Working from photographs, legal documents, diaries and pornographic magazines left behind in the house, Ms. Upson spun an obsessive psychological profile, on the border between fact and fiction, of a stranger who had constructed a cut-rate Playboy Mansion on a suburban cul-de-sac.

First shown at the Hammer Museum in Los Angeles in 2007, “The Larry Project” spiraled into a five-year series of large charcoal drawings, drippy painted portraits, and performances with a life-size “Larry” mannequin. The project’s compulsive reflections of Californian fantasies and nightmares built on the abject Americana of Mike Kelley, Paul McCarthy and other Los Angeles artists who emerged in the 1980s, as well as the intimate obsessions of the French artist Sophie Calle.

“The Larry Project,” neurotic and tender by turns, evolved into a much more emotional, all-encompassing undertaking — in which the absent Larry, whom Ms. Upson never met, expanded into the artist’s muse, her lover, her persecutor and, ultimately, her doppelgänger. By the end, no clean distinction was left between artist and subject; the two had become doubles. One drawing in the Hammer Museum show bore the words “I am more he than he is.”

The project ended in 2011 with a performance at a Los Angeles gallery at which she dragged a charcoal-and-wax mannequin of Larry on the walls and floor inside a plywood cube until the effigy disintegrated, symbolically turning Larry’s body into dust.

In about 2013, she turned to casting mattresses, couches and other domestic objects in latex, urethane or silicone. By making a mold of the furniture and then spraying the mold with layers of resin, Ms. Upson produced slightly translucent sculptures that drooped or sagged off the wall, or sometimes stood awkwardly in the gallery as if bowing under their own weight. With these stained, crumpled ghosts of furnishings, as well as related performances on video, Ms. Upson imagined Americans’ bodies as somehow indistinct from the houses they owned and the furniture on which they slept, made love or died.

The resin sculptures were featured in the 2017 Whitney Biennial and the 2019 Venice Biennale, and Ms. Upson’s art is in the collections of the Museum of Modern Art in New York, the Museum of Contemporary Art in Los Angeles and other major museums. The New Museum in New York staged a widely praised midcareer retrospective in 2017.

Yet Ms. Upson, after her early success, grew skeptical of the art world’s treadmill of shows and sales, and aimed to carve out time to produce without a planned outcome.

“I’m not trying to get to a finished point; there is no finished point,” she said in a 2016 interview for the art magazine Even. Rather than discrete artworks and exhibitions, she said, she preferred to build “a fragmented narrative that you can enter at any point,” adding, “It’s about where the narrative cracks open, and when something’s missing, I literally plant it with total fantasy: speculation, mirroring personas.”

Ms. Upson was born on April 22, 1970, in San Bernardino, to Karin (Kuhlemann) Upson and Bert Upson. (Her year of birth has often been incorrectly reported as 1972.) The landscape of the Inland Empire, and the ecological perils of wildfires and mudslides, shaped her impressions of the single-family house as a fraught and unstable thing. Reflecting on her childhood in a 2017 issue of Interview magazine, she said, “I grew up in a constant state of something coming from the outside that you couldn’t control, and everything could be gone at any minute.”

She went east to study at the New York Studio School, where she worked principally in painting. She returned to complete her bachelor’s degree in fine arts in 2004 and her master’s in 2007 at the California Institute of the Arts, where she was influenced by Bérénice Reynaud, who taught feminist and psychoanalytic approaches to cinema and video.

It was during her time at CalArts that she first entered the abandoned, fire-ravaged house where “Larry” had once lived and where, in addition to his diaries and documents, she found mattresses strewn in almost every room. (A second fire, two years later, destroyed the house completely.) “The Larry Project” grew out of her thesis at CalArts.

Ms. Upson regularly used performance to infuse her art with further narratives of doubling and desire. For “The Grotto” (2008-9), she built a fiberglass copy of the infamous poolside cave at Hugh Hefner’s Playboy Mansion, then used it as a stage set for hilarious, almost unhinged videos of pleasure-seeking, insecure Californians. The video “In Search of the Perfect Double” (2017) saw her crawling and crab-walking through tract houses in sprawling Las Vegas, like a demented parody of an HGTV show.

Her most enduring work may be the resin sculptures. Flaccid shadows of beds and couches, in runny palettes of teal, mauve or orchid pink, they translated her engagement with suburban American domestic life into striking totems of desire and absence. They also had more personal significance, coming after an initial diagnosis of cancer.

The sculptures became efforts, she said in the 2016 Even interview, “to reactivate the bed and the couch — they started to stand for very negative things for me. It was a cult of invalidism. I was at a point when I was either going to get up from one or die on one.”

She is survived by her daughter, Esmé Earl Rudell; her brother, Dirk Upson; and her father. Her marriage in 2000 to Kirk Rudell, a television producer, ended in divorce in 2010.

“There Is No Such Thing as Outside” (2017-19) at the Venice Biennale in 2019. “Formally,” Ms. Upson once said, “I like to work with materials where I don’t fully know what’s going to happen.”Credit…Gianni Cipriano for The New York Times

Speaking to Artnet News in 2017 on the occasion of her New Museum retrospective, Ms. Upson pointed to an unlikely inspiration for her work: the bright orange “Idiot’s Guide” series of books, which she had incorporated by the dozen into a large installation. These bargain-basement manuals, on subjects from quantum physics to gambling to healthy relationships, encapsulated for her the tension between conscious knowledge and unconscious desires, and what happens when consumerism fills the gap.

“There’s no knowing everything, and the guides are about not knowing. But the accidental overlay of information can create new directions,” she said. “Formally, I like to work with materials where I don’t fully know what’s going to happen. Once I start to master something, I’m out.”