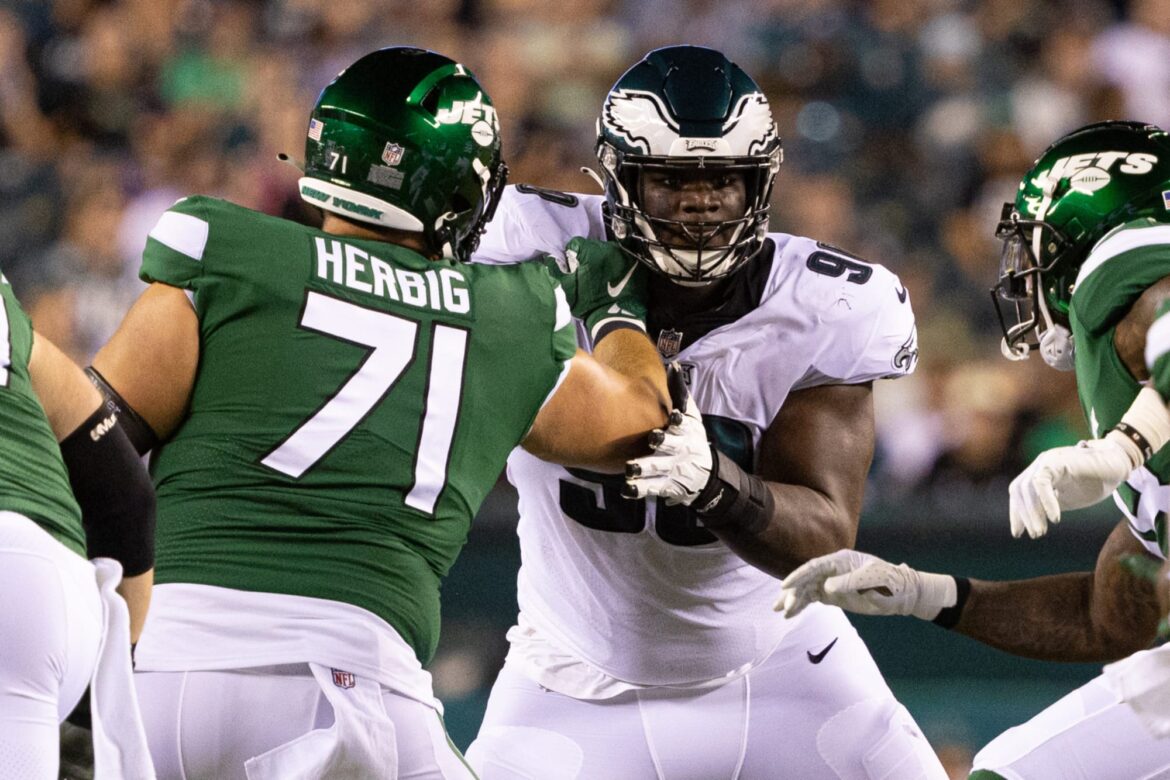 Jordan Davis and Nakobe Dean won a national championship together last year as the two best players on the Georgia football defense. Now, they are turning heads as rookies on the Philadelphia Eagles in their first preseason game.

The 31 other NFL teams were stupid for allowing this Athenian pair of football Dawg gods to reunite in the City of Brotherly Love. Davis did not go in the top 10 because people questioned if he could be an every-down player professionally. Dean fell into the third round despite having obvious first-round talent because of a shoulder he decided against having surgery on this winter.

Doofus teams like the New York Jets passed on both players on multiple occasions, leading to these former Junkyard Dawgs forming a Philly Connection to bring former Iowa State star Breece Hall to the turf on this play. You simply cannot deny the chemistry these two unanimous All-Americans have developed over the last few seasons, as iron sharpened iron in the Classic City.

Listen to Ross Tucker be giddy with excitement on the Eagles preseason broadcast after this play.

Even though the Eagles technically fell to the Jets in the preseason, who cares? This games does not count, but Philadelphia is starting to realize the Birds might have something special with these two Dawgs. They may not win or lose games to the degree Jalen Hurts does running Nick Sirianni’s offense, but their impact can still be undeniable. How did Philadelphia end up with both of them?

What is general manager Howie Roseman’s alma mater? Florida. Who is Florida’s biggest rival? Georgia. After watching his Gators fall apart at the seams in last year’s Cocktail Party, Roseman decided to do something about it. When you watch the game with your eyes, you see things. More teams should try to do that from time to time when evaluating the top talent entering the league.

Davis won the Bednarik and the Outland a year ago as Georgia’s best defensive player since David Pollack. Dean took home the Butkus in his final season with the Dawgs. In short, the Eagles used their first-round pick to draft NFL Shaq in Davis and stole the next Roquan Smith in the third round in Dean. This is why the Eagles are rarely bad when Roseman is calling the shots in the war room.

If you need more proof the Eagles will win the NFC East division going away, well, here you go.