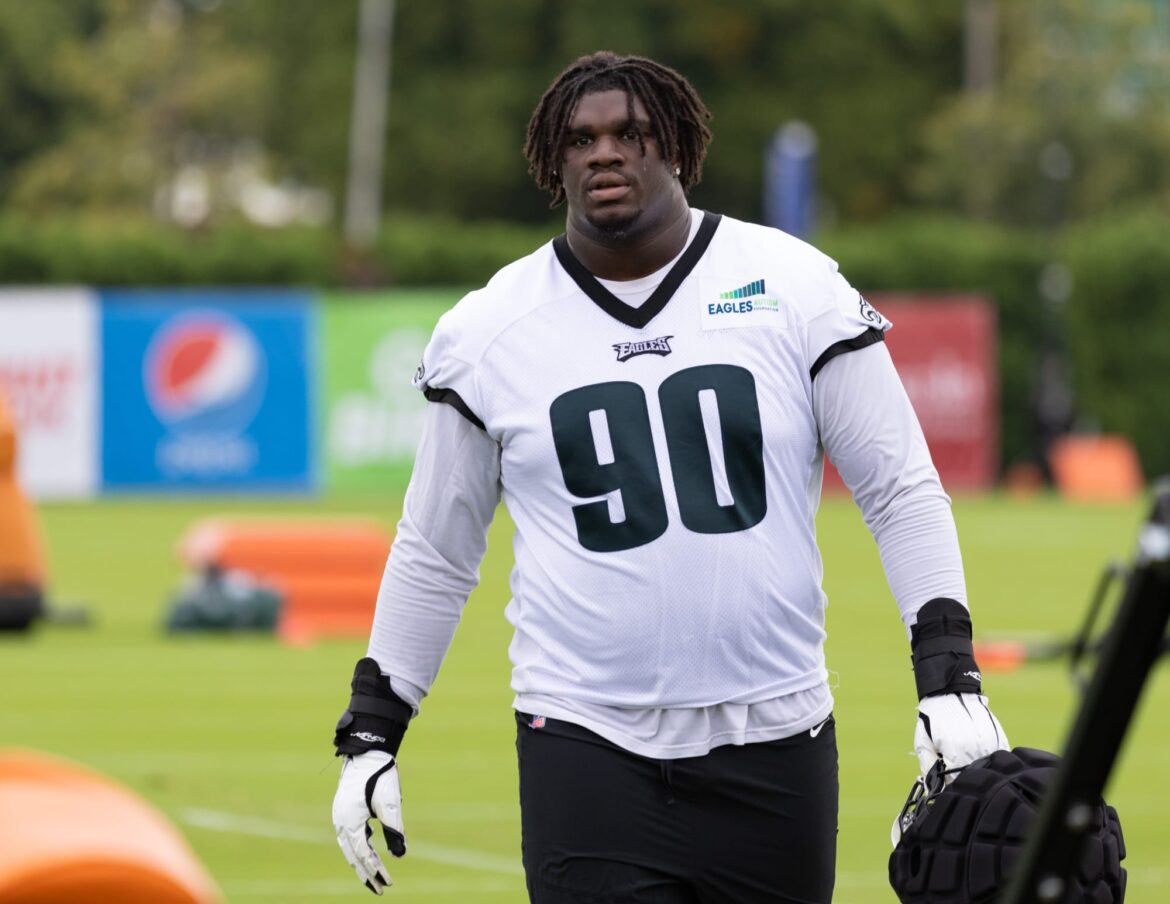 Over the weekend, a video surfaced of Philadelphia Eagles rookie defensive tackle Jordan Davis having his way with fellow rookie Cam Jurgens.

In it, we can see Davis driving Jurgens back, eliciting a reaction from social media and those in attendance at Lincoln Financial Field.

When asked about it, however, Davis had a different reaction than most expected. Davis said he “hates it” and spoke highly of Jurgens following the incident, referencing how that one play does not define Jurgens.

Jordan Davis on the reaction to the viral clip of him bullrushing Cam Jurgens:

Said that it’s just one rep and isn’t fair to Jurgens, who has beaten him in other 1 on 1 battles.

If anything, that speaks to not only Jurgens as it’s just one bad play but Davis more as he is flexing his good-teammate muscles and is willing to help other Eagles players get acclimated to what they could potentially face on Sundays, specifically the NFC East.

Eagles: Jordan Davis shows his roots as a good teammate regarding Cam Jurgens

Jordan Davis has always been big and has shown up in the big moments; see the national championship against Alabama last season. There is a reason that the Philadelphia Eagles chose him in the draft, and it’s not just to replace Fletcher Cox down the line. The Eagles needed another leader up front, and Davis is that guy.

Moreover, in the case of Cam Jurgens, the Eagles took him with the vision of him being an anchor for the Eagles offensive line and the future, and the term “iron sharpens iron” is applied here. It’s not like Jurgens is always going to have those kinds of moments happen to him. Plus, it’s better to deal with that in practice as opposed to the game; plus, he’s a rookie like Davis.

Jordan Davis may be large, but his heart is also larger. He’s there to do his job and wreck the offense, but he’s also there to help his own guys get better and make his life easier on game day. That’s what you want in a leader, and sometimes, while a picture/video may be worth a thousand words, there’s more to an incident than meets the eye.