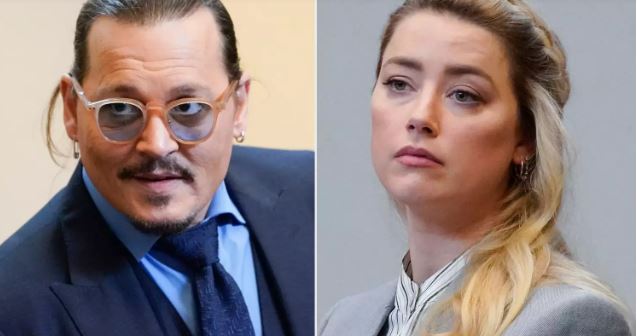 The 59-year-old actor performed with frequent musical partner Jeff Beck on Sunday at the Helsinki Blues Festival, as a source tells PEOPLE he has “moved on” from his defamation trial against ex-wife Amber Heard.

“The trial was necessary, but he is happy that it’s over,” the insider says of the Pirates of the Caribbean actor. “Although he is relieved about the jury’s verdict, he isn’t gloating about it.”

Earlier this month, Depp won all three defamation claims in his case against Heard over her 2018 op-ed about coming forward as a survivor of domestic abuse. The jury awarded Depp $15 million in damages but Heard, 36, will only have to pay $10.35 million due to Virginia law capping punitive damages (the judge reduced the amount). Additionally, the seven-person jury awarded Heard $2 million in damages for her counterclaims against Depp.

“He isn’t even talking about the trial now,” the source adds. “He filed the lawsuit, because he considered it necessary. He has moved on though. He is now able to get back to what he loves doing. He enjoys performing and has a busy summer ahead. He is also looking forward to continue working. He just wants his career back. He loves filming.”

Depp and his fans celebrated the verdict, with the actor saying the “jury gave me my life back” in a statement. Heard, meanwhile called the decision a “setback” for women; the actress’s lawyer Elaine Bredehoft said last week that her client plans to appeal the verdict.

“It’s an extraordinary honor to play and write music with Jeff, one of the true greats and someone I am now privileged enough to call my brother,” the Sweeney Todd actor said in a release.

The duo also released an official music video for their first single off the new album, titled “This is a Song for Miss Hedy Lamarr” and which Depp teased on Instagram the previous day.

“I haven’t had another creative partner like him for ages,” Beck said of Depp in the release. “He was a major force on this record.”

The British musician added, “I just hope people will take him seriously as a musician because it’s a hard thing for some people to accept that Johnny Depp can sing rock and roll.”