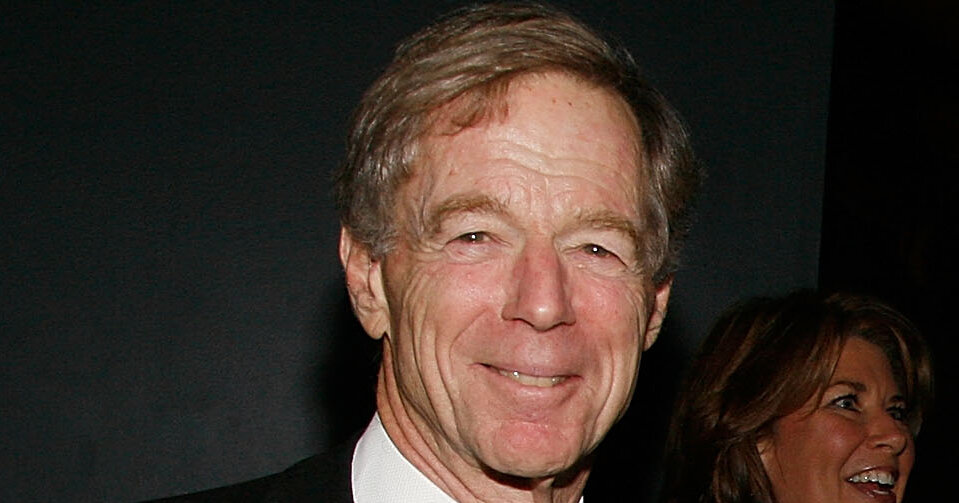 John L. Eastman, a lawyer for musicians and artists whose representation of famous clients like Paul McCartney, Billy Joel and Willem de Kooning made him a force in the entertainment world, and who played a key part in a power struggle over the control of the Beatles’ business in the last days of the band, died on Aug. 10 in East Hampton, N.Y. He was 83.

The cause was pancreatic cancer, said his son Lee, a partner in their longstanding family firm, Eastman & Eastman in Manhattan.

Mr. Eastman and his father, who was also named Lee, worked with a long roster of big-name clients over the years, including Andrew Lloyd Webber, David Bowie, Elton John and the estates of Tennessee Williams and the painter Francis Bacon. But of all of them, they were most closely associated with Mr. McCartney, whom Mr. Eastman and represented for more than 50 years.

Their connection was both professional and personal. Mr. Eastman was the brother of Linda McCartney, Mr. McCartney’s first wife, and Lee was her father.

The Eastmans joined the battle over control of the Beatles’ business empire in 1969. Mr. McCartney had hired the Eastmans, both father and son, to be his representatives and tried to persuade his three bandmates to put them in charge of the group’s affairs. Despite its enormous success, the Beatles were then on the brink of insolvency.

But John Lennon and the other Beatles had selected another New Yorker to manage the group: Allen Klein, who had worked with Sam Cooke and the Rolling Stones. Mr. Klein had a reputation as a ferocious negotiator and, as Mick Jagger once described him, a “gangster figure” — the opposite of the refined Eastmans, whose townhouse office in Manhattan was lined with museum-quality paintings by de Kooning and others.

The conflict between Mr. Klein and the Eastmans, and the disagreement within the group over those men, would consume the Beatles for years to come, even after their official breakup in 1970.

To break Mr. Klein’s grip over the band, and to secure Mr. McCartney’s independence, Mr. Eastman masterminded a lawsuit, filed in London on Dec. 31, 1970, to dissolve the Beatles’ partnership agreement. As part of their preparations for the case, Mr. Eastman suggested that his brother-in-law wear a suit and tie to court. Mr. McCartney half-complied: He appeared in a suit, but no tie.

The other Beatles responded to the suit in frustration. “I still cannot understand why Paul acted as he did,” George Harrison said in an affidavit. In March 1971, the judge ruled in Mr. McCartney’s favor, appointing a receiver for the Beatles’ business interests until the dissolution of their partnership could be negotiated, which came several years later.

Early in their work with Mr. McCartney, the Eastmans helped him set up what would become MPL Communications, his entertainment company. It owns many valuable copyrights, including the music publishing rights to songs by Buddy Holly, Fats Waller and Carl Perkins and from hit Broadway shows like “Annie” and “Grease.”

With the Eastmans’ guidance, Mr. McCartney also acquired ownership of all of his recordings and songwriting rights since the breakup of the Beatles. Lee Eastman died in 1991, and Linda McCartney died in 1998.

In 2017, Mr. Eastman steered a lawsuit by Mr. McCartney against Sony/ATV, the music publisher (now known as Sony Music Publishing), to regain his share of the United States copyrights in Beatles songs that he wrote with Mr. Lennon, citing an amendment to federal law that allows creators to recapture those rights after set periods. The case was settled, but Mr. McCartney has been registering the American ownership of those rights under MPL.

“John was a great man,” Mr. McCartney wrote on Twitter last week, along with a photo of him with Mr. Eastman in yoga poses. “Not only did he help me massively in my business dealings as my lawyer but as a friend he was hard to beat.”

John Lindner Eastman was born on July 10, 1939, in Manhattan, and grew up in Scarsdale, N.Y., the eldest of four children of Lee and Louise Lindner Eastman. His mother had inherited a fortune from the Lindner department store in Cleveland.

His father, who had changed his name from Leopold Epstein, set up a successful legal practice representing high-profile musicians, artists and writers, among them the bandleader Tommy Dorsey and the songwriters Harold Arlen and Hal David.

John Eastman graduated from Stanford University in 1961 and from the New York University School of Law in 1964. The next year, after briefly working in the office of the United States Attorney for the Eastern District of New York, he and his father set up Eastman & Eastman.

They developed a specialty in working with pop musicians whose business had suffered under previous representatives. Aside from Mr. McCartney, they were best known for working with Mr. Joel in the late 1980s and early ’90s, when he sued his former manager and lawyer. The case was settled, and the Eastmans helped Mr. Joel rebuild his business.

“He was fierce when it came to protecting artists’ rights,” Mr. Joel said in a statement to The New York Times, “and I credit him with whatever longevity I have achieved in my career.”

Mr. Eastman served on the boards of a number of prominent organizations, including the American Museum of Natural History, and two music groups, the National Music Publishers’ Association and the American Society of Composers, Authors and Publishers, known as ASCAP.

In addition to his son Lee, he is survived by his wife, Josephine; another son, Jay; a daughter, Louise; two sisters, Louise Weed and Laura Malcolm; and 11 grandchildren.