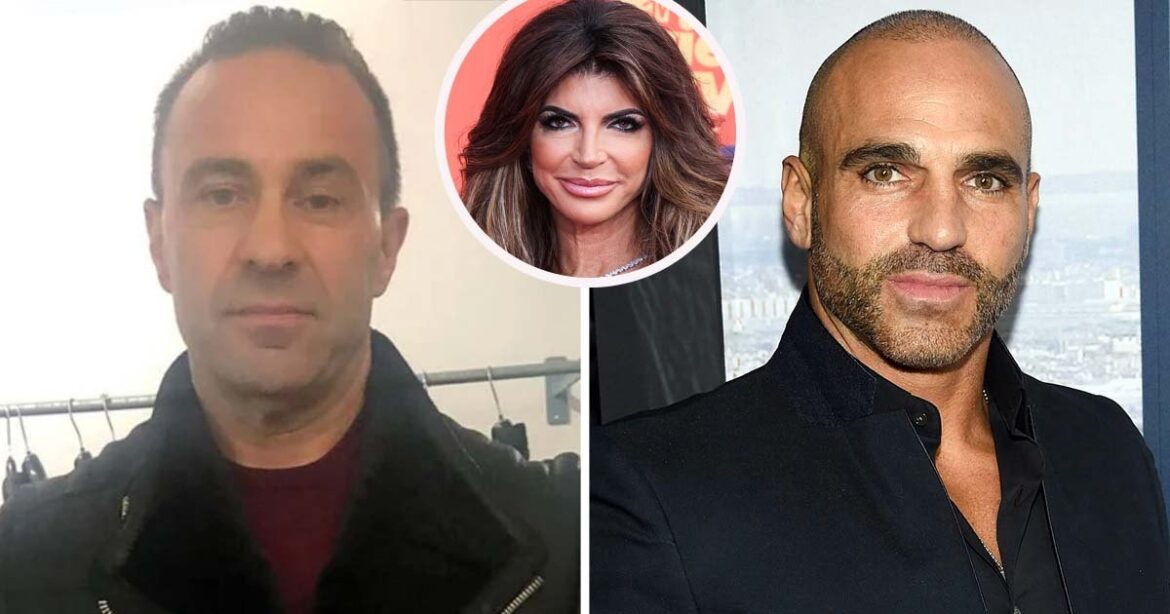 The shade is real! While Joe Giudice has nothing but good wishes for his ex-wife Teresa Giudice as she gets ready to wed Luis “Louie” Ruelas on Saturday, August 6, he tells In Touch exclusively that he doesn’t envy her new husband is going to have to deal with Tre’s “relentless” brother, Joe Gorga.

“Teresa is a beautiful woman inside and out and is a good wife,” the father of four, 50, gushed about the partner he was married to for 20 years on Friday, August 5, but added, “The only thing is inheriting that part of Teresa that is tough, and that’s her brother.”

“So, Louie is going to have some challenges along the way with Joe, which I’m sure he already has and it’s going to continue because he’s relentless and there’s something wrong with him,” the former Real Housewives of New Jersey star continued with his diss of his ex-brother-in-law.

“So, that’s all that I can say, is that I truly wish them the best. I hope they have a long and happy marriage, and I mean that from the bottom of my heart,” Teresa’s former husband said of her and Louie.

Gorga did not immediately respond to In Touch‘s request for comment.

The two Joes have a turbulent past, which played out on RHONJ. The men even got into a physical brawl in front of cameras in 2013’s season 5 during a trip to Lake George. There is no love lost between the former in-laws, who have publicly dissed each other over the years.

Teresa and her former husband separated in 2019 after two decades of marriage, which followed their back to back prison stints for fraud. He was put on an immigration hold after he completed his time in March of that year, and eventually moved to Italy where he could continue to fight his extradition while free, instead of from behind bars of his I.C.E. hold.

The pair split when Teresa decided that marriage separated by an ocean simply wouldn’t work. “I’m not doing a long-distance relationship. I’m not doing it,” she explained during RHONJ‘s season 9 in 2019. “You know, I want somebody with me every day. I know exactly what happens. You know, I’m sure he’ll be with other women. It happens. We do the long-distance thing, it’s not going to work. I’d be like, ‘Bye-bye.’”

Tre found love again with Louie. She announced to fans via social media that she had a new boyfriend in November 2019, making the businessman Instagram official the following month. Soon, the two were professing their love for each other on social media, along with sharing plenty of PDA-filled photos. The couple got engaged on October 19, 2021, during a romantic vacation to Greece. Less than 10 months later, they are about to become husband and wife.