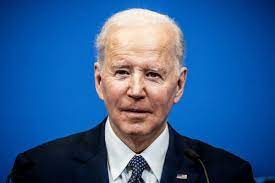 One of the US government’s best innovations so far this century was establishing a chief technology officer. Since Barack Obama created the post, you would expect that his former VP Joe Biden would want to choose his own CTO early into his presidency. Doing so would provide Americans with a strong voice and a knowledgeable leader in a period when tech’s issues—in AI, education, jobs, privacy, and disinformation—are more critical than ever.

But nope. Nearly a year and half into the Biden administration, we have no CTO. The office is empty.

In recent months, the administration has tried to catch up on some key White House tech roles after what seemed like a deep slumber. We now have Mina Hsiang, who was part of the healthcare.gov rescue team, leading the United States Digital Service, which is kind of the Navy Seals of software development. And late last year the administration appointed two deputy CTOs: Alexander Macgillivray (aka AMac), the principal deputy, is former counsel and free-speecher for Google and Twitter and served as a deputy CTO in the Obama years; Denice Ross, a former Presidential Innovation Fellow who later worked on census issues for nonprofits, was named the chief data scientist. Both are great choices—but they are deputies to an empty chair.

That’s a shame, because the short history of the federal CTO shows that the position is more than justified. In 2009, inaugural CTO Aneesh Chopra figured out the duties of the role. His successor, Todd Park, was a relentless talent recruiter who organized the USDS and helped save healthcare.gov. Megan Smith, who took the helm in 2014, was an MIT grad and ace engineer who went on to fill big roles at Planet Out, the legendary startup General Magic, and then Google. At OSTP, she made it a point to urge more women to pursue STEM careers. So in addition to making our government more tech-savvy, a great CTO can inspire. Even Trump, wary of all tech over 260 characters, eventually appointed a CTO, Michael Kratsios, a Peter Thiel acolyte who focused on policy advisory and AI.

Now there’s no point person for any of those issues, despite the fact that this administration has another good reason for installing a strong CTO as soon as possible. So far Biden’s splashiest tech-related appointments have been people like Lina Khan at the FTC, Jonathan Kanter in the Justice Department, and Tim Wu as a special assistant. They’re all inspired selections, but they are antitrust crusaders who kind of hate Big Tech, which for all its monopolistic misbehavior is a vital part of our economy and lifestyle. A CTO with deep technical knowledge and a familiarity with the Silicon Valley ecosystem might be able to balance the conversation so that the baby doesn’t go out with the regulatory bathwater.

So why has the Biden administration failed to fill the role so far? I spoke to a number of insiders about this. (None wanted to to be quoted—it’s Washington, DC, Jake.) They all cited one obstacle in particular: the Biden administration’s guidelines about owning stakes in companies. Ethics standards make perfect sense as a way to avoid conflicts, but the CTO candidate pool is loaded with people who have amassed equity in these companies from working in tech or investing in startups. For many of them, divesting isn’t as simple as just selling off stock, especially if the shares or options they own are in illiquid companies. Giving up those holdings might mean losing them outright. Worse, these restrictions apply to spouses as well. Multiple sources told me that the CTO job was offered to DJ Patil, who was Obama’s chief data scientist and a member of the Biden transition team, but under the financial restrictions, he couldn’t make it work. (Patil declined to confirm or deny.) I also heard that feelers went out to at least four other candidates, who had similar problems.

There are some other disincentives. The CTO post is part of the White House Office of Science and Technology Policy. Last year, Biden appointed Eric Lander as its director, a controversial pick because of charges of insensitivity toward women colleagues. (A group named 500 Women Scientists wrote an editorial in Scientific American opposing the nomination.) And for the first time, the director of OSTP and presidential science advisor, Lander, was given cabinet status. Personally, I’d argue that we should also grant cabinet status to the CTO.

In February, Lander resigned because he was bullying women in his new role. He’s been temporarily replaced by two people: The former head of the National Institutes of Health, Francis Collins, is acting as science advisor, and social scientist Alondra Nelson, who was already serving as deputy director for science and society at OSTP, will now perform the director’s duties until a permanent replacement is chosen. Nelson, whose work has been in social equity, is supposedly the person in the organization who raises the OSTP tech team’s concerns to the president. That’s important, and her work has indeed involved sophisticated analysis of science and tech. But the president should also be hearing directly from someone with the technical orientation that a CTO brings to the job. When Smith served as CTO, she spoke endlessly about the value of having someone with an engineering mindset at the table when policy issues were decided. (The scholar danah boyd has cleverly argued that instead of a CTO, the US should have a VP of engineering—I think that a technically adept CTO is just as good.) I imagine that all this meshugas might raise a question in a CTO candidate’s mind: How much influence will Biden give to his top tech person?

Another factor possibly discouraging prospective CTOs is that the post requires Senate confirmation. Who can get excited at the prospect of facing a deranged interrogation from the likes of Ted Cruz and Marsha Blackburn?

All of this might explain why it’s been hard to fill the role. But after almost 500 days, hard is not an excuse. The Biden administration has simply not made it enough of a priority. A president’s term is only four years, and the final one is muddied by an election, so there’s no sense in waiting for the perfect candidate to emerge. Surely there is one fantastic candidate who isn’t constrained by a stock portfolio or some startup options.

Ideally, that would be a brilliant geek with political savvy who can lead our nation in tech policy, provide wisdom in addressing serious issues like privacy and disinformation, and get little kids excited about solving problems. Someone who can apply an engineering mentality to basically everything that hits the president’s desk. So many of the government’s decisions hinge on tech knowledge—a years-long vacancy is intolerable.