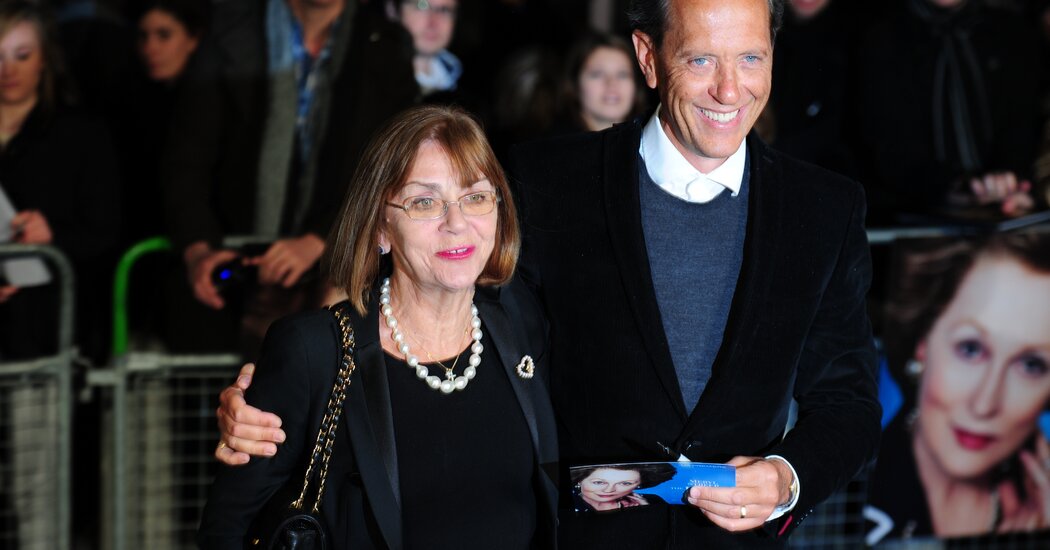 Joan Washington, an acclaimed dialect coach who taught Penélope Cruz to sound Greek, Jessica Chastain to sound Israeli and an entire cast of British actors to speak like Brooklyn Jews, died on Sept. 2 at her home in Avening, England. She was 74.

Her husband, the actor Richard E. Grant, announced her death on Twitter. He later said the cause was lung cancer.

In a career spanning four decades, Ms. Washington developed a reputation as a sort of reverse version of Henry Higgins, the elocutionist who taught Eliza Doolittle the King’s English in George Bernard Shaw’s play “Pygmalion”: She instructed actors to speak not just in national dialects but also in regional and local lilts, even historical ones.

She taught actors for most of Britain’s leading national and regional theaters; if a British performer appeared onstage speaking a thick American patois — say, in Neil Simon’s “Brighton Beach Memoirs” — there was a good chance it was Ms. Washington’s handiwork.

She also worked on a steady stream of films. She teamed up with Ms. Cruz for “Captain Corelli’s Mandolin” (2001), Ms. Chastain for “The Debt” (2010), Kate Beckinsale for “Emma” (1996) and the British actress Thandie Newton for “W.” Oliver Stone’s 2008 take on the life of George W. Bush, in which she played Condoleezza Rice, the former U.S. national security adviser.

Dialect, Ms. Washington said, was not just about mimicry, about reading a script with an accent. It had to be built into the core of a performance.

“A dialect coach must be there from the start,” she told the British newspaper The Independent in 1991. “Otherwise the bad habits are set; it becomes just a bandaging job. There’s enough undoing as it is.”

Ms. Washington was something of a performer herself, though never onstage or onscreen. She could instantly adopt whatever dialect she was teaching, and she claimed to have mastery over 124 vowel sounds — just six shy of what Professor Higgins boasted.

Though she was born and raised in Scotland, Ms. Washington employed a standard English accent when teaching Americans. She said they brought too many assumptions about what “proper” English sounds like and might be confused by her natural Scottish elocution.

“The problem for Americans doing English is that they pronounce their consonants too precisely, which makes it sound rather acquired and middle class,” she said in a 1986 interview with The Sunday Telegraph. “The grander we are, the less we rely on consonants.”

Ms. Washington came about her talent thorough research. Before working with actors, she had taught standard English pronunciation at the Royal College of Nursing, whose students arrived from all over Britain and the Commonwealth. Her recordings of their accents formed the basis of a vast library of tapes she kept as reference.

She interviewed and recorded older Britons to capture what Liverpudlian or Geordie — an accent from Tyneside, in northeast England — might have sounded like decades ago. To show what English sounded like in the 1910s, she relied on recordings of British prisoners made by Germans during World War I.

Her instructional methods were intense. She would often begin by interviewing performers to gauge what they thought a Boston Brahmin or a Warsaw Pole might sound like. She took notes, reams of them, and then handed them to the actors along with copies of her tapes.

Over a series of sessions, she would tweak Rs, adjust inflections and suppress unwanted sibilants until an American actress like Emma Stone sounded like an authentic 18th-century English courtier, as she did in the 2018 film “The Favourite.”

Ms. Washington always worked freelance, but she was most closely associated with the Royal National Theater, where she worked on more than 70 shows. Her first film was “Yentl” (1983), for which she taught the star and director, Barbra Streisand, how to speak like an Ashkenazi Jew in early-20th-century Poland.

Ms. Washington had her own theories about accents and where they came from. She said that Britain’s plethora of dialects and accents, all crammed onto a medium-sized island, derived from its varying geography and climate.

“Cornish is harder and more nasal than Devon because it’s a windy peninsula,” she told The Sunday Telegraph. “If you’ve got the wind in your face, you’ve got to speak without giving much away.”

When she was 18 she moved to London to attend the Central School of Speech and Drama. After graduating, she taught speech, first at a reform school for girls and then at the Royal College of Nursing.

In 1969 she married Keith Washington; they later divorced. Along with Mr. Grant, she is survived by her son, Tom Washington; her daughter, Olivia Grant; and her brother, David Geddie.

While teaching, Ms. Washington also picked up side jobs as a dialect coach. In the class-conscious England of the postwar decades, millions of Britain’s expanding middle class sought to erase any trace of their proletarian origins, starting with their accents, which provided her with a steady stream of work.

Her clients included doctors and clergymen, as well as actors — the only ones, she said, who went the opposite direction, seeking instruction on how to sound less posh.

In 1982 she was teaching at the Actors Center in London when she met Mr. Grant, who had been born and raised in the African country of Swaziland (now Eswatini) and was taking her class to sound more like a native Englishman.

Mr. Grant was smitten, he later recalled, and he asked if she could give him private lessons. She said yes, at £20 an hour — about $43 in today’s dollars.

The two married in 1986, a year before Mr. Grant made his film debut in “Withnail and I,” which overnight made him one of Britain’s most in-demand actors. He later won acclaim for his performances in movies like “Gosford Park” (2001) and “Can You Ever Forgive Me?” (2018), for which he received an Academy Award nomination for best supporting actor.

Ms. Washington learned she had lung cancer late last year, and the disease advanced quickly. She did have one final assignment, though: Mr. Grant had been cast to play Loco Chanelle, a drag queen, in the film version of the stage musical “Everybody’s Talking About Jamie,” and he needed help with his character’s Sheffield accent.

A few days after her death, Mr. Grant posted a video on Twitter that Ms. Washington had made of him practicing for the role, with her, offscreen, giving instructions.