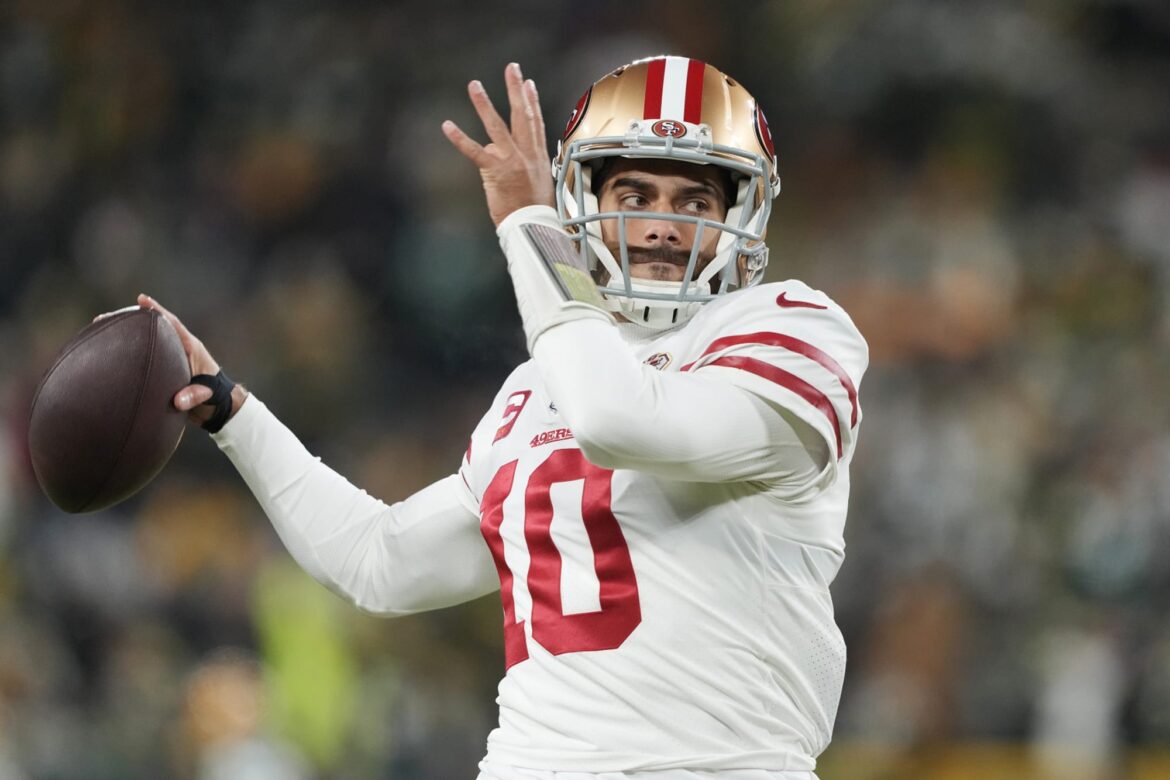 Juan Soto rumors: This trade package makes most sense for the Nationals by Noah Yingling

Juan Soto rumors: If the Yankees fail, here’s how they’ll blow it by Drew Koch

The latest Jimmy Garoppolo trade rumors have the San Francisco 49ers quarterback and Giants discussing the possibility of heading to the Big Apple.

Jimmy Garoppolo’s fate in 2022 remains very much in the air as San Francisco shops a trade for their now-backup QB.

It’s not a matter of whether Garoppolo goes somewhere else. It’s definitely a question of when and where.

Now a suitor from the NFC East has emerged.

According to Marco Martinez of 49ers RedZone, told 49ers WebZone that Garoppolo has “been in talked” with the New York Giants.

The Giants selected Daniel Jones with the No. 6 pick in the 2019 NFL Draft but they recently declined his fifth-year offer and appear ready to move on.

Garoppolo isn’t a world-beater but he has had playoff success and he has certainly been more reliable than Jones.

The 49ers QB has a 98.9 career passer rating. Jones’ is 84.3. Garoppolo also has a better completion percentage and yards per attempt. He’s simply been more productive across the board, though he has several years on Jones.

The Giants signed Tyrod Taylor to a two-year contract so they do have another option besides Jones. However, Garoppolo would be a pretty clear upgrade on either of their current quarterback options.

If they have given up on Jones, moving on to Jimmy G makes sense. Paying the price to work out a deal with San Francisco is the biggest hurdle. Garoppolo is under contract for $24 million but San Francisco has no intention of paying him that figure. He’ll certainly have to take a paycut to land somewhere else any time soon.