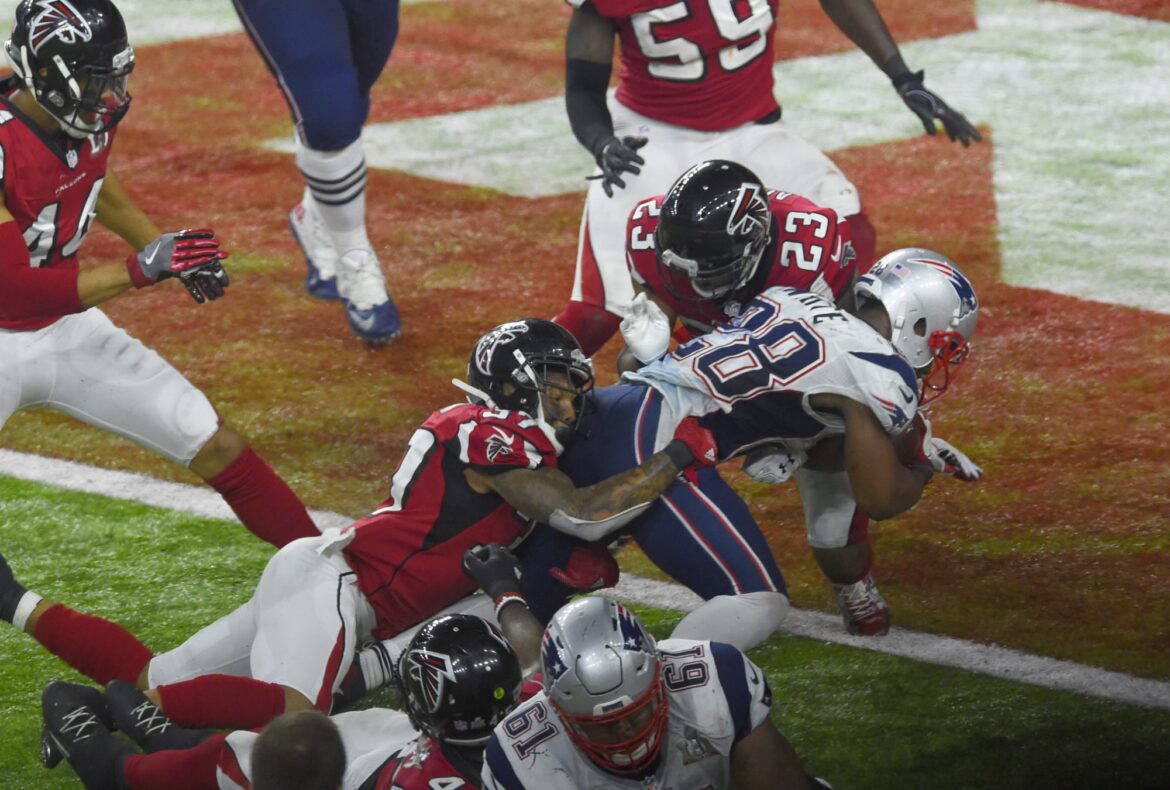 After eight NFL seasons and three Super Bowl victories, New England Patriots running back James White is hanging up his cleats and calling it a career.

Those iconic words echo in the memories of New England Patriots fans for all time as it was the longtime running back for the franchise that crossed the goal-line in overtime to secure Tom Brady’s fifth ring in dramatic fashion to complete the comeback against the Falcons.

White will always be remembered for that spectacular moment. Now, after eight seasons and three Super Bowl wins, No. 28 for the Patriots has announced via Twitter that he is calling it a career.

New England will be in my heart forever. Thank you for unwavering support over the years. I am forever grateful.

This chapter has been one that I will cherish. I look forward to what is next. pic.twitter.com/8qd0FbA0tW

If nothing else, that one touchdown, that one walk-off moment, that one time where everything was on the line, will always stick in the minds of every Foxborough fan who witnessed the greatest comeback in Super Bowl history, a game where White had 14 catches.

James White is the author of the only walk off touchdown in Super Bowl history. An overtime winner.

He played for eight seasons and NEVER lost a fumble.

The definition of reliability. pic.twitter.com/PFWufdhIUU

However, that play alone doesn’t define James White; his versatility made him a special player. What he did for Tom Brady during their time together, working as a pass-catching running back, provided a spark for the New England offense.

Patriots running back James White, known for his versatility and heroics, has retired from the NFL with three Super Bowl championships.

Sure, James White didn’t exactly put up gaudy numbers during his time with the New England Patriots, but he did come through when necessary. Also, he shares the record with Darren Sproles for the most receptions by a running back in a playoff game, with 15.

But White was more than just a one-game hero; he’s someone who worked his way through the odds since being drafted in the fourth round back in 2014. He earned Tom Brady’s trust and helped deliver three more titles to Foxborough. The true definition of a New England Patriot. Congratulations on your retirement James White, and New England fans are forever grateful for that one touchdown that delivered a title for the Patriots.