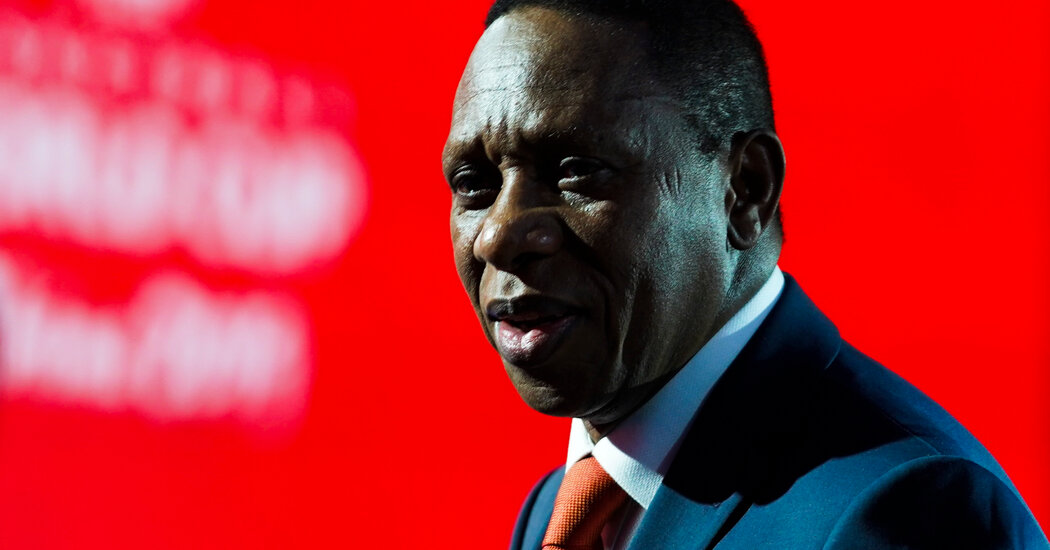 Basketball’s world governing body painted a damning portrait of sexual abuse of female basketball players in the West African nation of Mali in an investigation published Tuesday, but said it could not independently confirm reporting in The New York Times that the sport’s top global official knew about and largely ignored reports of sexual misconduct in his native country.

Hamane Niang stepped aside temporarily in June as the president of FIBA, basketball’s world governing body, as The Times prepared to publish an article on allegations of systemic sexual harassment and abuse of dozens of female players in Mali, the majority of them teenagers, since at least the early 2000s.

Niang, 69, has not been accused of committing sexual abuse. But his critics told The Times that he mostly disregarded the assault of women for a dozen years between 1999 and 2011, when he served first as president of Mali’s basketball federation and then as the country’s sports minister.

And, those critics told The Times, with further inaction as president of FIBA, Niang continued to leave female players vulnerable to exploitation in his home country, a predominantly Muslim former French colony where women experience extreme inequality in daily life.

At the time, Niang did not respond to a series of questions sent to FIBA, seeking his response. But he told The Times in an email that he “never had knowledge” of accusations of sexual abuse described in the article.

A subsequent investigation conducted by FIBA’s integrity officer, the Canadian lawyer Richard H. McLaren, and published Tuesday in a 149-page report, said it found that institutional abuse persists in Mali. But the investigation found “no direct evidence from anyone about President Niang’s knowledge of sexual harassment.”

Niang issued a statement on Tuesday saying, “This investigation is of paramount importance and I would like to express my personal and unconditional support to the victims. These offences must be duly prosecuted by FIBA through independent procedures. Since the Integrity Officer has confirmed my innocence, I will now resume my official duties with FIBA.”

Two players who were teenagers at the time, speaking anonymously, told The Times that Niang was present at a nightclub in Mali’s capital for a victory celebration in 2006 or 2007 when his close friend, a coach named Cheick Oumar Sissoko, known as Yankee, groped their breasts and buttocks as they danced with them. The players told The Times that instead of intervening, Niang watched and laughed along.

Another former player, Aissata Tina Djibo, now 31, said Sissoko repeatedly made lewd sexual remarks that Niang ignored at practices. Sissoko also sometimes had sex with players who relented because they were afraid to lose their place in the youth national team, she said.

Asked if Niang was aware of Sissoko’s behavior, Djibo told The Times, “Of course, he knew. Yankee was his best friend, they were hanging out together. That’s why Yankee was so powerful. He had the backing of the president.”

Jose Ruiz, a Frenchman who coached the Mali women’s basketball team at the 2008 Beijing Olympics, said he replaced Sissoko for the 2013 African championships after two players complained to the Mali sports ministry about Sissoko’s behavior. Ruiz did not criticize Niang but said that he and Sissoko were close and that the abuse of female players was “a big problem.”

Niang denied to FIBA investigators that he had ever gone to a nightclub with players or witnessed untoward behavior by Sissoko. Investigators said no victims had come forward to substantiate the allegations of groping.

The FIBA investigation said that while it was unable to independently verify accusations made against Sissoko, “the hearsay evidence provided by multiple witnesses is concerning.” He was suspended by FIBA in June.

The FIBA investigation made withering criticism of the Mali basketball federation. The report said that “institutionalised acceptance of the abuse of players exists” within the federation and “neither action nor effort has been attempted to recognize or correct this.”

The report confirmed The Times’s account that Amadou Bamba, 51, sexually harassed and abused multiple players as the coach of the women’s youth national team and retaliated against some players who gave testimony by not selecting them to compete in certain competitions. He has since been arrested.

The FIBA report said that Harouna Maiga, the president of the Mali basketball federation, lied to investigators about his knowledge of sexual abuse and attempted to impede the investigation. He was suspended by FIBA in July.

The investigation also accused the Mali basketball federation “historically and currently” of being “wholly insufficient” in providing the required safeguards for protecting young players.

The report also said investigators were hampered by witness and victim intimidation. Twenty-two potential witnesses refused to participate in the investigation, the report said. Travel restrictions related to the coronavirus pandemic also prevented investigators from traveling to Mali, leaving them to conduct most interviews virtually.

Niang’s critics said Tuesday it was inconceivable that he did not know about the widespread sexual abuse in Mali during his time as the head of the country’s basketball federation and as its sports minister. Cheick Camara, a reform activist who said he assisted the FIBA investigation, criticized what he described as its lack of thoroughness.

“They know perfectly that abuses happened during Niang’s time,” Camara said. “As they said in their report, it’s an institutionalized system. That system is not new; it’s been more than 20 years. No one did anything to change that, Niang included.”

Minky Worden, the director of global initiatives for Human Rights Watch, which also investigated sexual abuse of female basketball players in Mali, repeated Tuesday that Niang knew or should have known about the abuse.

“Based on this report, he shouldn’t be in office one more day,” Worden said. “This is not a man who should lead global basketball. His global role is built on the Mali basketball federation, which is revealed in an almost 150-page report to have been rife with sexual abuse and also not to have had in place any of the required statutory protections for children.”