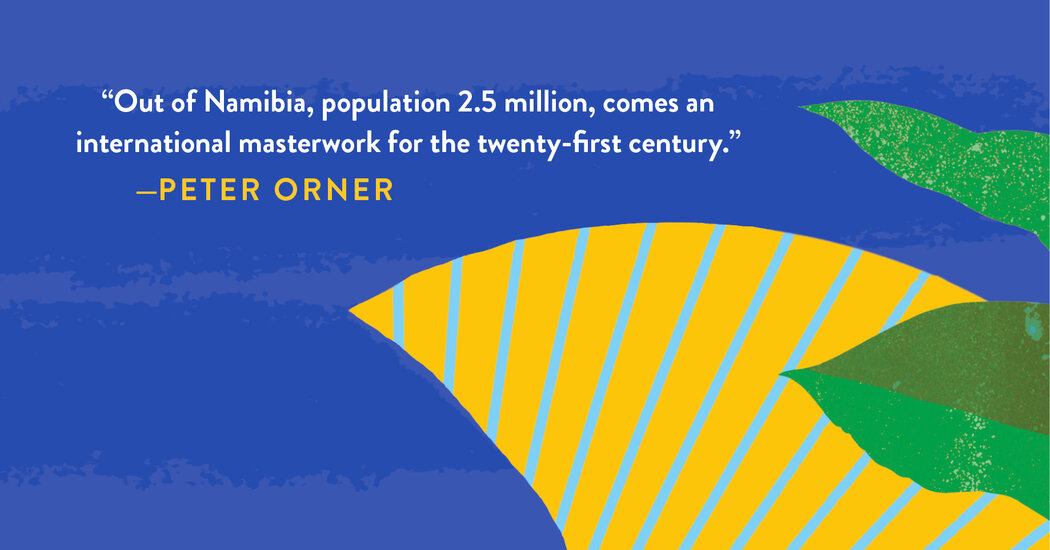 Séraphin Turihamwe, the sharp-witted protagonist of Ngamije’s debut novel, “The Eternal Audience of One,” is bursting with teen angst when we first meet him in hot and dusty Windhoek, Namibia. The son of Rwandan exiles, he feels doubly alienated, desperate to lose his virginity — there’s a comically failed attempt — and escape his humdrum life in this culturally barren land. “By the time Séraphin reached university, he was determined to be a citizen of the world,” Ngamije writes. “His heart was a library of longings, his mind a hive of buzzing trivia.”

Flash-forward to the present: Séraphin is in his final year at an elite law school in Cape Town in the late aughts and the center of a circle of friends from across Africa who call themselves, ironically, “The High Lords of Empireland.” In Cape Town he finally feels “the cramped corners of his being relax and stretch as he filled out his skin.” He is now much more sexually experienced, too, rotating through a series of hookups and heartbreaks, and a regular at various local hot spots.

Despite the book’s title, though, this is essentially a choral novel, where the adventures, banter and text messages of the “High Lords” take center stage, exposing the sexual and racial politics of an ambitious new generation making their way in South Africa’s “Rainbow Nation.” Even Séraphin’s internal voices are a cacophony, as he obsesses over his relationships and playlists, not to mention run-ins with racist doormen and cops. This is a novel of youthful anxiety and dreams — written at a lively, chatty pace — that poses an eternal question: What will happen after graduation?

“Late Summer,” by the Brazilian writer Ruffato and fluidly translated by Sanches, on the other hand, is a more solitary affair, the feverish interior monologue of a loner who has spent his life “broken inside, detached from the world.” Oséias, a former traveling salesman estranged from his wife and son in São Paulo, returns to his once-bustling hometown of Cataguases, in the state of Minas Gerais, to pay a long-overdue visit to his remaining family. He hasn’t been back since the death of his mother 20 years earlier, and his two sisters and brother — who hardly speak to one another — have already pretty much written him off.

Wandering the filthy, decaying streets of Cataguases, sweaty and nauseous in the sweltering heat, Oséias feels like “a frightened ghost, barreling into bodies that move restlessly through the past.” Over the course of one week in March — Brazil’s late summer — he’ll drift through the city and have brief, dispiriting encounters with his siblings and old acquaintances. Meanwhile, a rush of impressions and “dead memories” washes over him, including that of the pivotal event in 1974 that tore his family apart and left him “a sack of guilt and remorse.”

Now gravely ill, he is most tormented by his own approaching demise. As with the changed city, he hardly recognizes his own face when he stares into the rusted mirrors of diners and dive bars. Who will remember him? What trace will he leave behind here? “It isn’t my body they’ll bury — what is a body? — but everything I once was,” he laments, “my memories, the people who live inside me and who I can visit by closing my eyes.”

On the surface, Leo Gazzara lives a charmed existence: About to turn 30, he is part of a movable feast of scenesters and revelers in 1970s Rome, “adrift like me, intellectuals, for the most part, with the anxious but expectant look of refugees.” A typist at the newspaper Corriere dello Sport, Leo has more lofty ambitions — writing a novel, say, or making an avant-garde film about his generation. But somehow, women and Chablis keep getting in the way. More often than not, dawn finds him stumbling home through the winding streets or waking up in an unfamiliar bed.

“Last Summer in the City” — a sensation when originally published in Italy in 1973, then largely forgotten until reissued decades later — is the story of Leo’s complicated, boozy affair with a woman and a city. Stunning and self-dramatizing, Arianna immediately captures his eye when their paths cross at a TV producer’s house party. She’s as intoxicating and elusive as Rome itself. But just how deep is his connection to his adopted home after all? “There can be no half measures with her,” Leo says of Rome, “either she’s the love of your life or you have to leave her.”

Leo ultimately finds himself at a crossroads, unable to commit to either. He will later look back at his brief time with Arianna as the twilight of his youth: “In a moment I was buried in an avalanche of forgotten emotions, memories of my life with her in the last summer of my life.” Calligarich’s time capsule of love and existential drift in a lost Rome, translated into sparkling prose by Curtis, is ripe for a rediscovery.

The work of Condé, winner of the so-called Alternative Nobel in 2018, spans the world, from Africa to Europe, the Caribbean and beyond — often all within one book. “Waiting for the Waters to Rise,” originally published in France in 2010 and translated by her longtime collaborator (and husband) Philcox, is, indeed, a novel of “migrations, exoduses and exiles.” And similar to “The Eternal Audience of One,” it is largely told in the round, with leading characters getting their own chapters to recount their journeys.

Babakar Traoré is an obstetrician who has settled in Guadeloupe after fleeing political violence in Mali. Like his long-dead mother — who still speaks to him in his dreams — he claims allegiance to neither nation nor religion, believing instead in Art and Literature. Soon, his story will intersect with that of Reinette, a Haitian refugee who dies in childbirth. Along with Reinette’s friend, Movar, Babakar heads to Haiti to find Reinette’s family and deliver her orphaned daughter to them. There, he is also aided by a Palestinian hotel-owner named Fouad, who has his own story to tell of violence and displacement in Beirut.

But no place comes to life quite like Haiti’s capital, Port-au-Prince — a menacing land of henchmen and earthquakes, where “the living and the dead remain together.” In Haiti, Babacar is reminded, too, that if its people “manage to resist and survive so many calamities, it’s thanks to the magic of its thousands of artists.” Condé’s text, in fact, is sprinkled with the names of global literary giants — Aimé Césaire, Jacques Roumain, Ousmane Sembène, Mahmoud Darwish, Derek Walcott — a roll call she certainly deserves to be added to.