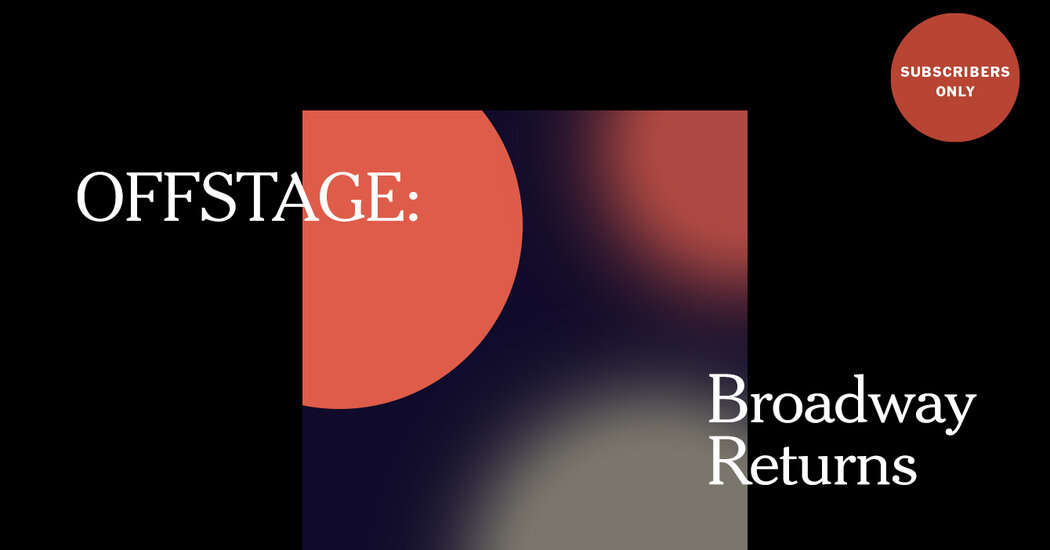 Broadway is coming back.

First rehearsals, and first performances, began this summer. Seventeen shows have announced performance dates before the end of September, with more lined up for later this fall and winter.

But what does it take to bring a show back — or start a new one — after a near-total industry shutdown? How does it feel to be inside a theater again? And how are artists and audiences coping with the uncertainty of what lies ahead?

To find out, join us for the final episode of “Offstage,” our digital series about theater making during the pandemic.

We’ll go inside the Walter Kerr Theater to visit the company of the Tony Award-winning musical “Hadestown” during rehearsals. There will be singing and dancing, including in some unexpected locations. And we’ll hear from André De Shields, who plays the god Hermes; his co-stars Reeve Carney and Eva Noblezada, who play the young lovers Orpheus and Eurydice; and other company members working onstage and behind the scenes.

Douglas Lyons, author of the new comedy “Chicken & Biscuits,” will talk about preparing for his Broadway playwriting debut. So far, Lyons is one of seven Black writers with shows that have announced Broadway runs this season, a rare occurrence.

The cast of “Girl From the North Country” will perform a medley of the musical’s Bob Dylan songs, including “Hurricane” and “All Along the Watchtower,” from backstage at the Belasco Theater.

Audience members at some of the first reopened Broadway performances will tell us about their experiences.

And after the episode ends, you’re invited to a live Zoom panel with Times culture journalists as they talk about what’s happened and what’s next for Broadway. “Offstage” host and the Times’s theater reporter, Michael Paulson, will be joined by the chief theater critic Jesse Green, the theater editor Nicole Herrington and Maya Phillips, a critic at large.

They’ll discuss covering theater in a pandemic, share thoughts on the season ahead and answer reader questions. You can submit yours here.