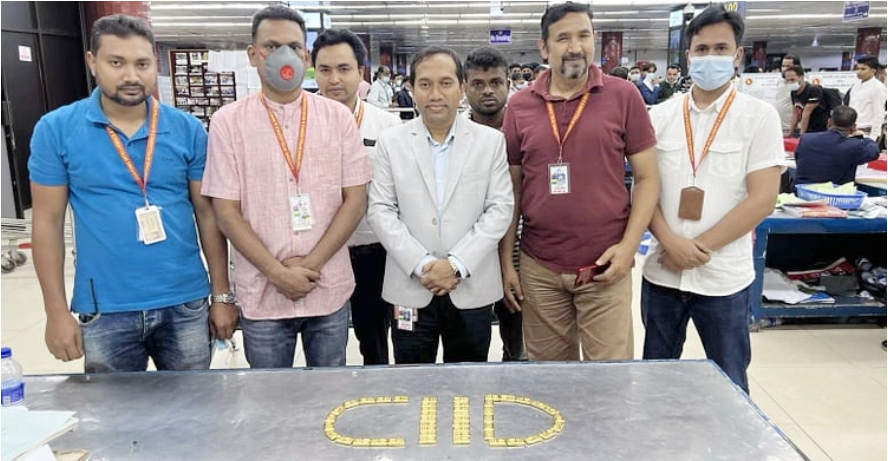 At Hazrat Shahjalal International Airport, 48 gold bars were recovered from a garbage can. The price of these gold is about four and a quarter crore rupees.

The bars were found abandoned in a garbage can in an airport toilet on Wednesday (April 26) morning. However, no one was arrested in the incident.According to customs sources, secret information of gold smuggling came to the director general of the airport. Based on this information, the customs intelligence team started surveillance. At one point, two bundles of gold bars wrapped in scotch tape were recovered from the rubbish bin. Whose weight is 5.359 kg. The market value is approximately 3.75 crore. Deputy director of the shift in charge of customs led the campaign. Shakil Khandaker.

It is believed that the gold bars were smuggled into the country through illegal revenue evasion. Legal action is being taken in this case.