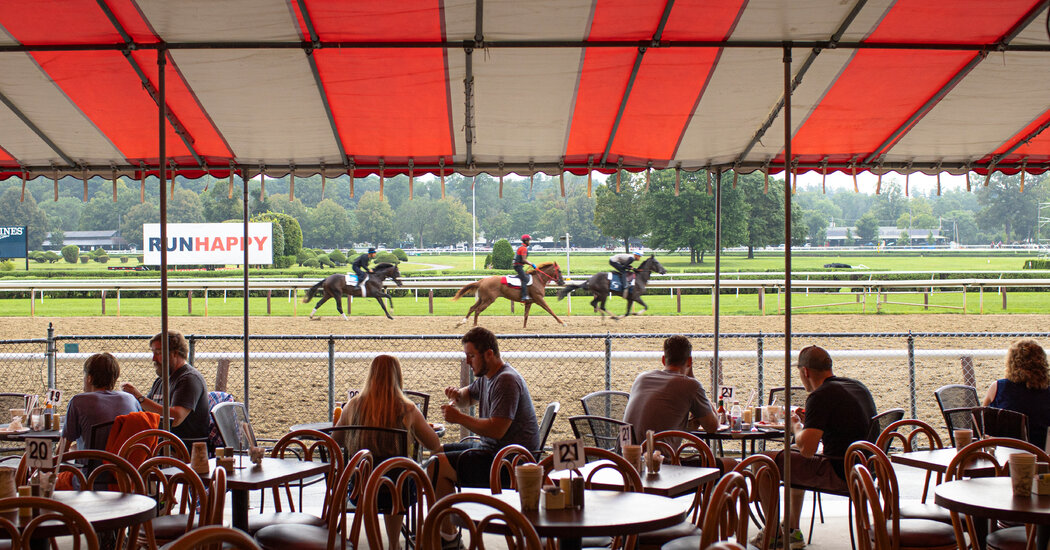 The most recent are the most damning.

The trainer Jorge Navarro — caught on videotape calling himself the Juice Man — pleaded guilty to giving his horses multiple performance-enhancing substances and admitted that he distributed them to others. Navarro was perennially atop the Monmouth Park trainer standings and said he had doped numerous horses, including Sharp Azteca, a Grade I winner who now is a stallion.

Kristian Rhein, a veterinarian, admitted to doping horses including the Jason Servis-trained Maximum Security, who won four Grade I races and was disqualified from first place for interference in the 2019 Kentucky Derby.

Servis has pleaded not guilty and is contesting the charges.

“Kristian Rhein and Jorge Navarro represent the supply side and the customer side of the market in performance-enhancing substances that have corrupted much of the horse-racing industry,” United States Attorney Audrey Strauss said in a statement. “Navarro, a licensed trainer and the purported ‘winner’ of major races across the world, was in fact a reckless fraudster whose veneer of success relied on the systematic abuse of the animals under his control.”

These are problems that no amount of sepia can wash away.

The arrival of the Horseracing Integrity and Safety Act, which becomes law on July 1, 2022, is cause for hope. The law calls for a board overseen by the Federal Trade Commission to write rules and penalties that will be enforced by the United States Anti-Doping Agency. USADA regulates Olympic athletes in the United States and revealed Lance Armstrong’s cheating, issuing him a lifetime suspension in 2012.

And that is a very modern solution.

This village of pastel Victorian houses could continue to swell with horseplayers for another century or two. For that to be fulfilled, however, the lords of horse racing must run dopers, cheaters and animal abusers out of the sport.

“A pleasant pastime which in a few favored places like Saratoga retains some traces of its early character as sport,” Smith wrote some 67 years ago. “You might feel that if Saratoga were to pass, something oddly valuable would die with it.”

If the sport were to lose what is left of its credibility, the world might no longer have Clare Court.