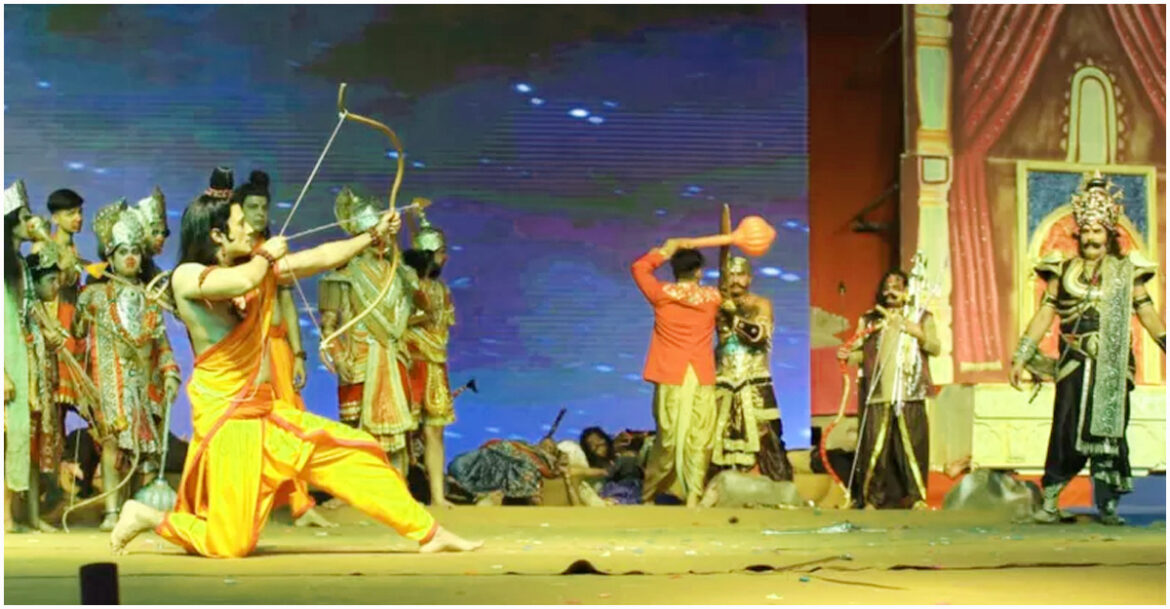 Authorities fired a female teacher at a university in the Indian state of Punjab after she made some critical remarks about the Hindu god Ramchandra in an online class. After recording a part of the lecture of that professor at Lovely Professional University and spreading it on social media, it went viral. University authorities later said in a statement that they did not support the statement and that the teacher was being fired immediately.

Preet Kaur, a faculty member of the institute, went to take an online class last week and made some comments comparing Rama and Ravana characters in Ramayana. If someone records a lecture in that online classroom and leaves it on social media, it spreads across the state in an instant.

In that audio clip, Professor Kaur is heard to say that Ram was not a good person at all but Ravana was a really good person. I think Rama was very cunning, he planned and trapped Sita and then put the blame on Ravana’s neck. The conspiracy belongs to Ram, but the whole world is worshiping him and saying that Ravana is a bad man.

Addressing the students, he further said, “If you give such arguments, then people will think about these issues.” Ramchandra is one of the most revered deities of the Hindus throughout northern India. Many people started attacking Kaur by raising the question on social media about how a Sikh professor could make such an insulting remark about Ramchandra.

The LPU authorities later said in a statement on Saturday that the professor’s remarks, which hurt many religious sentiments, were entirely his personal opinion. The university does not believe it at all.

The LPU was described as a secular institution and the teacher was immediately fired. Sarbajit Negi, a student leader from Punjab, welcomed the decision, saying the professor had made derogatory remarks about Lord Rama and praised Ravana, which was unacceptable.

‌’But the university authorities are following the zero tolerance policy in all these matters and he has been fired immediately, which I would say is a very good move. ‘

Criticism of Ramchandra is not a new phenomenon in India; Even on a stand-up comedy show, comedian Munawar Farooqi had to go to jail last year for making fun of Ram. Indore police took Farooqi to the police station in the middle of the show for joking about a popular Bollywood song called ‘Mera Piya Ghar Aya O Ramji’.

After that, one after another of his shows started to be canceled all over the country.

Professor Gursanghpreet Kaur’s remarks have sparked controversy, but many are reminded that in many parts of India, especially in South India, Ravana is worshiped instead of Ram, and is seen as a hero.

The late philosopher J. Lakhani, the founder of the Hindu Academy, has said this many times, in many places. Lakhani said that Ravana was a great hero in his own right. He even gave his dignity to Sita, never forcing her.

There is also in Ramayana, when Ravana is on his death bed, Ram himself is telling his brother Lakshman, go and learn from him how to run the kingdom. He is a great scholar. ‘

After the professor’s rave-praise, Lovely Professional University, however, says on record that they sincerely regret the whole incident. An attempt was made by the BBC to contact the sacked Kaur, but he did not respond.