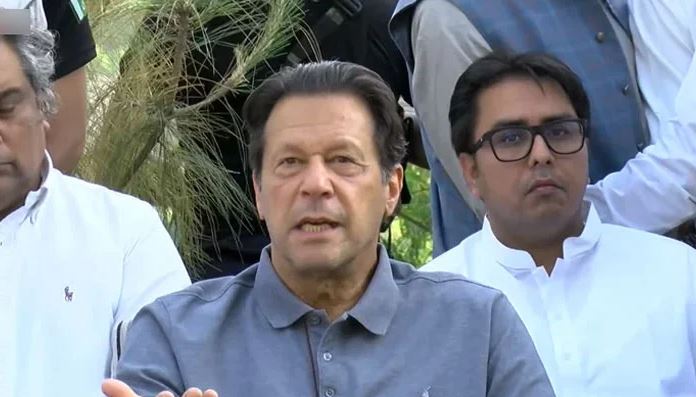 Imran Khan, the former prime minister of Pakistan and head of the Pakistan Tehreek-e-Insaf (PTI), has claimed that he was always right and that the latest statement from the National Security Committee (NSC) proved that he had a US conspiracy to overthrow him.

Imran Khan made the demand at a news conference for the first time on Saturday after being ousted by a no-confidence vote in Pakistan’s parliament. He said the NSC meeting, chaired by Prime Minister Shahbaz Sharif, had approved the letter, adding that the letter was true and that Donald Lu, a US official, had met with Pakistan’s former ambassador to the United States. In that meeting, frank language was used in that letter. News from GeoTV.

Imran Khan said, “I will say a little further that he (Donald Lu) was arrogant. This official from the Joe Biden administration told our ambassador that Imran Khan should be removed through a no-confidence vote.” The meeting was preceded by a no-confidence motion, the former Pakistani prime minister said.

Reiterating his earlier demand, Imran Khan said that the US official had told the Pakistani ambassador that if he (Imran) was removed from power, everything in Islamabad would be forgiven.

Imran claimed that after Donald Lu’s meeting with Pakistan’s ambassador, allies of the PTI government began to “realize” that the situation in the country was not good and that the government needed to be removed from power.